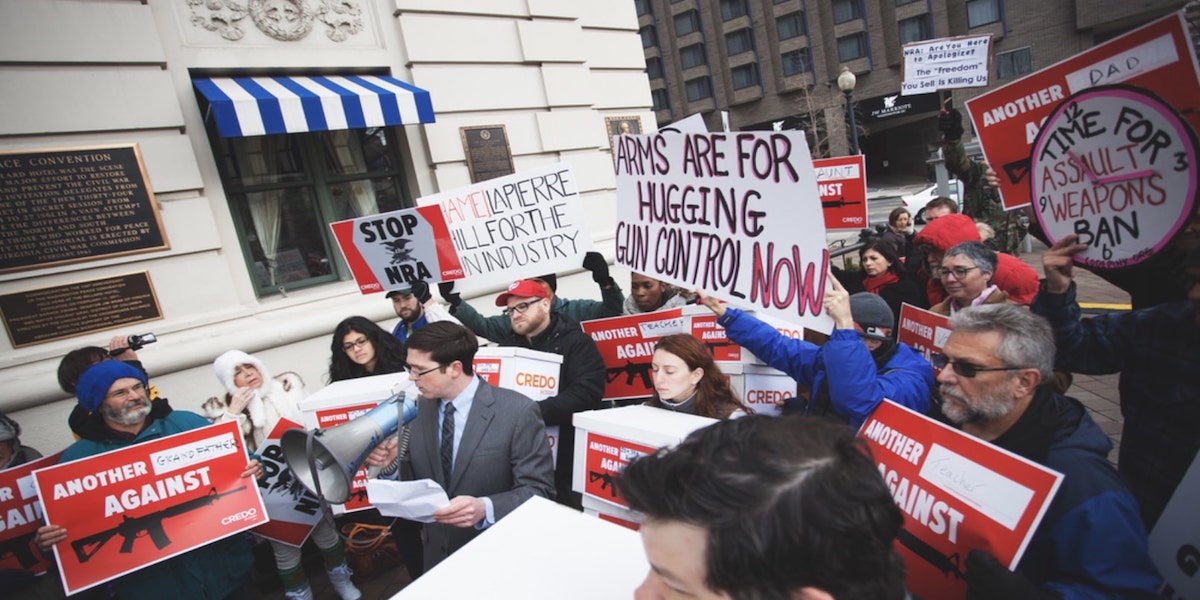 Wealthy left-wing activists John and Laura Arnold are “coming for your guns.”

While largely unknown, the Arnolds pose a very real threat to the values of the freedom movement with their lavish philanthropic support for the leftist agenda. Justin explained:

The power couple behind the Laura and John Arnold Foundation has been quietly funding a broad array of leftist initiatives since opening their doors in 2008. Not as visible as socialist misanthrope George Soros or as vocal as radical environmentalist Tom Steyer, the Arnolds are equally as effective.

Since 2011, the Arnolds have disbursed more than $1 billion to fund causes such as abortion, single-payer health care and far-left “journalism” as well as efforts to defund conservative public policy organizations. Now they are laser-focused on gun reform.

Like fellow liberal billionaire Michael Bloomberg, the Arnolds are sinking millions into efforts to restrict the right of Americans to keep and bear arms. Unlike Bloomberg, the Arnolds do so without fanfare and seek to appear nonpartisan. Justin noted how Bloomberg’s bluster actually worked against him in some communities when residents “pushed back against Bloomberg’s big-city persona that seeks to instill far-left New York City values across the country.”

“That’s where the Arnolds come in. They are hoping to put on a ‘nonpartisan’ face to increase credibility for their gun control efforts,” Justin wrote. “But it’s a façade.”

A key part of this façade has been described by Laura Arnold as “research into the causes of and solutions to gun violence in America.” But the Arnold’s $20 million grant to the RAND Corporation for this project and the intention to try to raise another $30 million from like-minded allies obviously prompts speculation that these tens of millions will create an “incentive to conduct a study that comes to the Arnolds’ desired conclusions.”

In addition to this report, the Arnolds also try to cultivate a nonpartisan image for themselves through token grants to center-right groups. Justin pointed out:

The Arnolds have a long history of massively funding extremely liberal causes while throwing a few pennies to conservative organizations to work on non-controversial issues. They have worked tirelessly to look bipartisan, but it’s simply not true.

InsideSources content is read by around 25 million people a month and is syndicated to almost 300 of the top American newspapers. To read all of Justin’s commentary, “Get Your Gun, Before Laura Arnold Does,” click here.