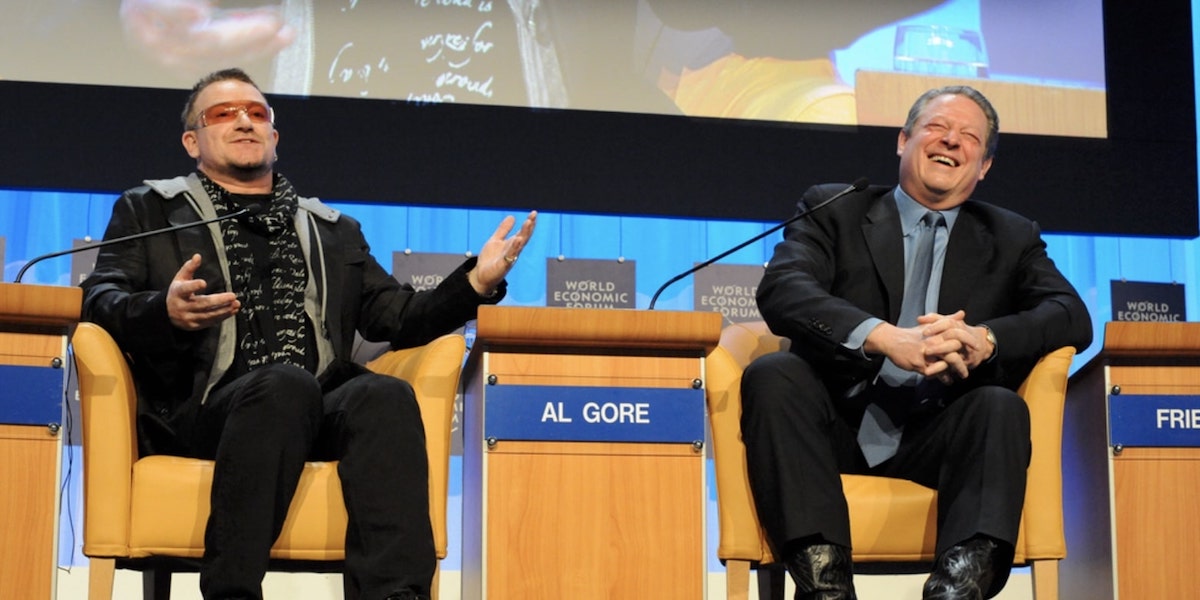 ConservativeBlog.org
Posted at 16:58h in Blog, Environment and Enterprise Institute by David Almasi

Are you ready for 24 hours of Al Gore and his friends lecturing you about climate change?!

Next Monday night is the start of former vice president and perpetual doomsayer Al Gore’s “24 Hours of Reality.” Hosted by his Climate Reality Project, it’s the 8th annual (who knew?) broadcast designed to draw attention to the dire predictions of world suffering that will occur if we don’t heed his call for increased regulation to combat “climate change.”

“The forthcoming United Nations-sponsored climate change conference in Poland provides Al Gore with yet another opportunity to trumpet an inevitable global disaster unless we take drastic action to curb our use of fossil fuels. He has a 30-year plus record of making dire predictions, which are invariably inaccurate,” said National Center Senior Fellow Bonner Cohen, Ph.D. “Gore shows no understanding of the ever-changing geological and atmospheric conditions that have determined the earth’s climate over the past four and one-half billion years. Ice ages have come and gone, and carbon dioxide levels have been as much as 20 higher than they are today, and he has no explanation for any of this.”

Mind, you, Gore doesn’t have a great record at predicting the end of the world. When he released his “An Inconvenient Truth” documentary in 2006, he speculated that the polar ice cap could melt completely, Mount Kilimanjaro could be snow-free and New York City flooded within ten years. Obviously, two years past that deadline, none of these things came close to happening. This doesn’t stop Gore’s bandwagon.  He will be joined again this year by “[c]elebrities, musicians, elected officials and thought leaders” to continue on his crusade. This year, seeing a concern among American voters about health care issues, his new theme is less apocalypse and more “to highlight the climate-health connection around the world.” He now proclaims, “Our health depends on the health of the planet.”

It’s a red flag when celebrities get top billing, and the alleged brains of the operation go last. Dontchathink?

But it’s not that this isn’t trying to be an intellectual thing. Gore will host many slide presentations throughout the broadcast. He will also interview people such as the president of Finland, hang out with mechanical engineer Bill Nye and host the world premieres of singles from singer Kate Nash and Portugal. The Man (it’s a band – from Sarah Palin’s hometown).

Yet we still can’t ignore that Gore – despite all his campaigning – was found to not be practicing what he preaches. It a tweet hyping the broadcast, Gore said “[f]ossil fuels are driving the climate crisis and threatening our health.” If that’s the case, his own personal power usage has helped to fuel the current crisis.

In 2017, on the eve of Gore releasing “An Inconvenient Sequel,” the National Center issued a blockbuster report finding the Gore estate outside Nashville “devoured more than 21 times the amount of electricity than the average American household.”

Among the findings in Senior Fellow Drew Johnson’s August 2017 report, “An Inconvenient Reality”:

She didn’t dispute Johnson’s claims of Gore’s energy use, rather his assertion that Gore has been ineffective at getting as much of his energy consumption as possible from renewable sources. “Vice President Gore leads a carbon neutral life by purchasing green energy, reducing carbon impacts and offsetting any emissions that cannot be avoided, all within the constraints of an economy that still relies too heavily on dirty fossil fuels,” McManus said.

But is the practice of buying indulgences to keep up with a high-energy lifestyle while continually telling others to check their power privilege logical? Is it fair? Bonner doesn’t see eye-to-eye with Gore and his followers on this topic.

“Gore isn’t about to let the ‘climate crisis’ interfere with his lavish lifestyle. He demands sacrifices from ordinary people while hobnobbing with Hollywood and Silicon Valley elites. Oblivious to the suffering his anti-energy policies would inflict on the world’s poorest people, he is content to deny them access to reliable and affordable energy, thereby perpetuating their poverty and undermining their health,” Bonner said.