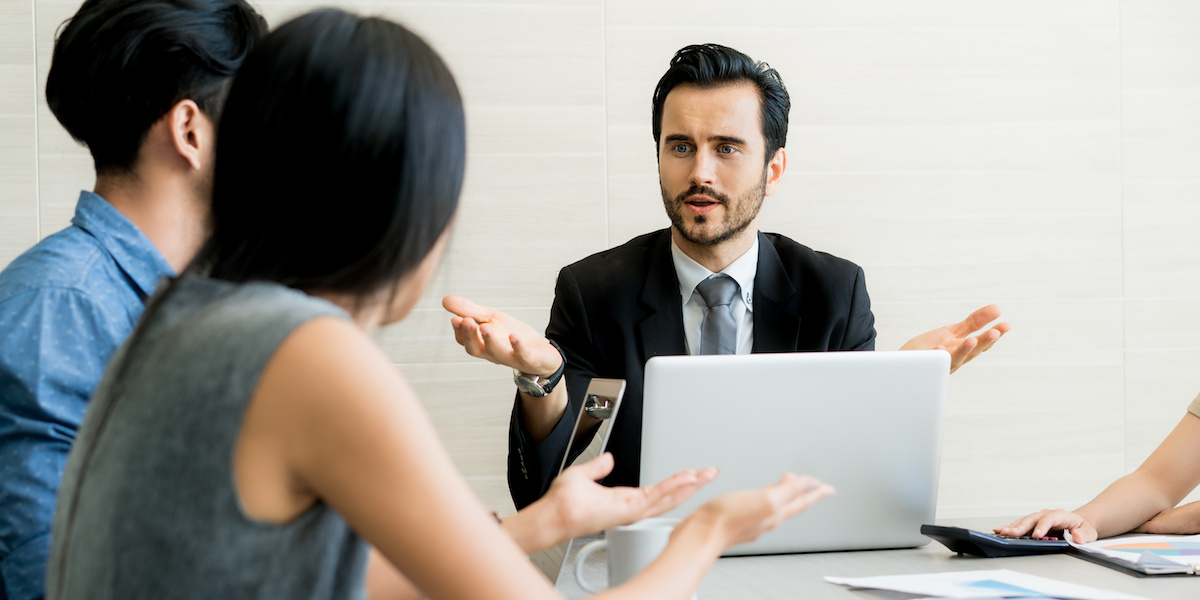 Press Release
Posted at 17:10h in Free Enterprise Project by The National Center

Cupertino, CA/Washington, D.C. – A shareholder resolution calling on Apple to increase the ideological diversity of its liberal-leaning board of directors sparked serious debate among investors, taking up nearly the entire business portion of today’s annual meeting of Apple investors.

Under consideration was the “True Diversity Board Policy” shareholder proposal, sponsored by the Free Enterprise Project (FEP) of the National Center for Public Policy Research, which spotlighted Apple’s incessant liberal activism. After National Center General Counsel and FEP Director Justin Danhof, Esq., presented the resolution, more than a dozen other investors offered questions and comments, and many more shareholders were waiting in line to comment when Apple General Counsel Kate Adams shut down the discussion. No other proposal received a single comment or question.

“As a veteran of more than 125 shareholder meetings, I can honestly say that I have never witnessed anything like what occurred this morning. I have never seen so much discussion, driven by so much passion, over a single shareholder proposal,” said Danhof. “It’s clear that we struck a nerve deep in the heart of far-left Silicon Valley.”

While some investors accused Danhof of political grandstanding, others praised FEP’s call for color- and gender-blind diversity initiatives.

“While the comments were mixed, it was very telling to watch Apple CEO Tim Cook’s reactions. When liberals raged against our proposal, Cook audibly cheered and clapped. When conservatives and nonpartisan folks talked about the need for balance at Apple specifically, and Silicon Valley generally, he sat mute,” noted Danhof.

At the meeting, which was held at the Steve Jobs Theater in Cupertino, California, Danhof stated:

Silicon Valley elites often preen about their commitment to diversity and inclusion, but I don’t think many of you know what that means. Diversity isn’t what someone looks like. It’s the sum of what they think, feel and believe. When the company takes overtly political positions on legal and policy issues, it would be a benefit to have voices from both sides of the aisle in the room.

And at this company, thinking and believing in conservative policies appear to be discouraged if not forbidden….

All of this points to the necessity of implementing our proposal. We believe that boards that incorporate diverse perspectives can think more critically and oversee corporate managers more effectively. Appointing a few conservatives may help the company avoid groupthink. That’s a win for investors and a win for true diversity.

FEP’s full proposal and Apple’s response to it are available on pages 55 and 56 of the company’s proxy statement. As expected, FEP’s proposal was defeated, as most institutional investors are advised by liberal proxy advisory groups such as Institutional Shareholder Services (ISS).

“ISS has offered support for liberal board diversity policies that promote race and gender as the panacea to overcome groupthink. Yet it rejects our call for true diversity. Seeking out folks who actually think differently should be a goal of all corporate boards,” said Danhof. “ISS’s opposition to our proposal shows it is nothing more than a leftist partisan organization working to pull corporate America further towards socialism. I recommend its clients seek proxy voting advice elsewhere.”

At the meeting, another shareholder asked Tim Cook a pointed question about the culture of Apple’s workplace. She said that one of her close friends, who happens to be a conservative, works at Apple. She mentioned that her friend feels unwelcome and hated by other Apple employees and that she works in fear. She asked Cook how he would advise her friend. Cook offered to meet with the friend and then gave a wide-ranging answer that didn’t reach the substance of the problem: Silicon Valley is a hostile work environment for anyone right-of-center.

“The fact that conservative employees feel bullied and threatened on Apple’s campus is all you need to know about Tim Cook’s leadership and Apple’s board of directors. Leadership starts at the top, and Cook has signaled that Apple is to be a company of, for, and by liberals,” said Danhof. “Today’s meeting was further proof of Apple’s desire to remain a leftist enclave.”

Danhof recently penned a commentary about his legal back-and-forth with Apple over the shareholder proposal, which is available here.

Today’s meeting marks the second time FEP has participated in a shareholder meeting this year.