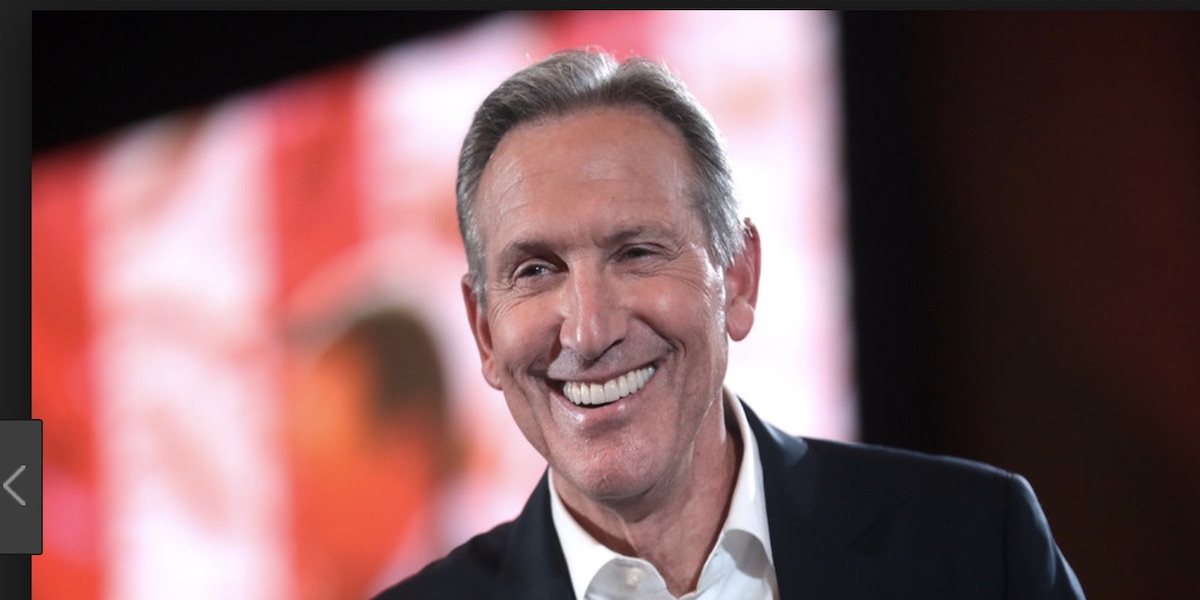 Howard Schultz was “innovative and dynamic” and “brilliant” when he was the CEO of Starbucks. Toward the end of his career with the coffeehouse megachain, Schultz was lauded by liberals for taking on the Trump Administration by speaking out against tax cuts and pledging to hire more refugees.

He threw away all that goodwill when he decided he could replace President Donald Trump. “Immediately,” notes the National Center’s Justin Danhof, “the same liberals he had supported for decades turned their backs on Howard. Overnight, he was without a home.”

This observation comes from Justin’s latest commentary, published by the Washington Examiner.

Justin, the director of the National Center’s Free Enterprise Project, has faced off against Schultz at several Starbucks shareholder meetings. At Schultz’s last meeting with the company, Justin forced him to defend his opposition to Trump tax reform policies that had helped the company and its workforce. In what might have been one of the first stumbles in Schultz’s downfall, he actually criticized former President Barack Obama for being “compliant in the reckless approach to the amount of debt” being run up by the federal government.

Schultz is a billionaire who began life in subsidized housing. He oversaw the growth of one of the most iconic modern American companies. Thus he is critical of some of the far-left positions embraced by those currently running for president. Justin notes: “Schultz may be a lefty, but he seems aware of the perils of socialism.”

And, because he might actually challenge these people by running for president himself as an independent candidate, he’s got the liberals in a frenzy. Jim Messina, Obama’s 2012 presidential campaign manager, told Axios that Schultz would “ruin the world.”

While Messina’s hyperbolic position may be the outward reason for the Left’s hostility toward Schultz, there is another deeper issue: the Left’s embrace of socialism.

Schultz is a billionaire who made his money via capitalism. Like it or not, the behemoth corporate titan that is Starbucks, he built that. To today’s progressive, the B- and C-words are verboten.

So it would seem that Schultz has burned bridges on the left. Does this mean he might want to embrace the right? That’s unlikely considering his history of liberal positions and opposition to President Trump. It’s also highly doubtful that conservatives would put up with him even if he were more open about his animus for socialism. In the commentary, Justin points out:

If a known leftist such as Schultz can’t stomach the policy platform of today’s liberals, it’s safe to say the American Left has embraced socialism a bit too tightly. Yet conservatives, like elephants, have long memories. And the Right won’t soon forget Schultz’s support for far-left politicians and the liberal policies of Starbucks.

Thus, Schultz has become “a man without a home.”

To read all of Justin’s commentary – “Oh, How They All Hate Howard” – at the Washington Examiner website, click here.