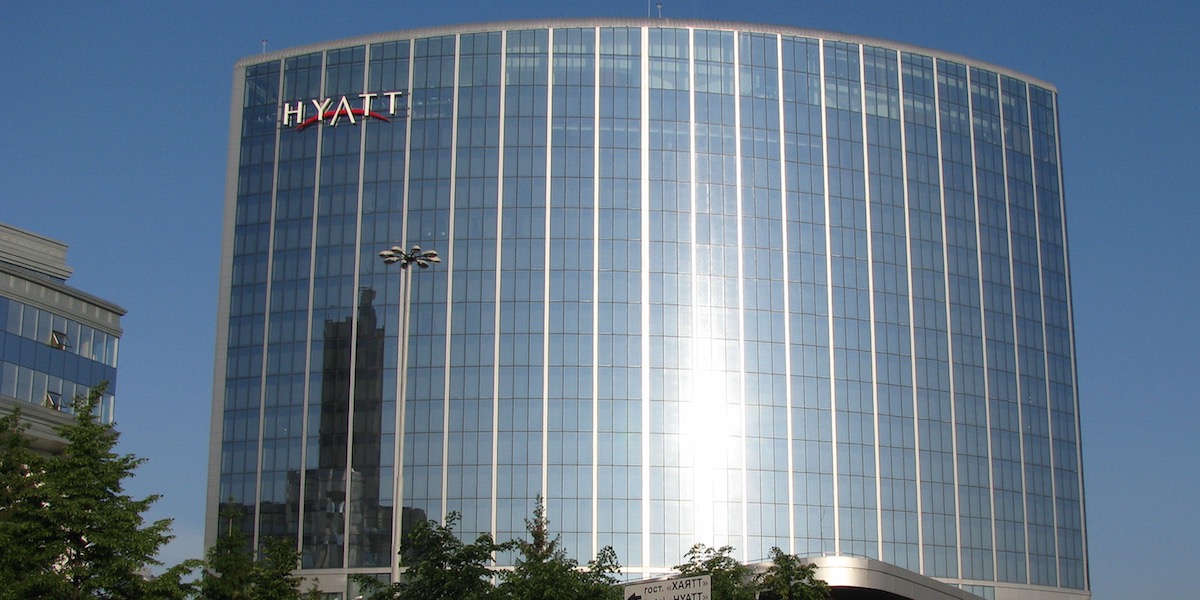 Press Release
Posted at 12:57h in Free Enterprise Project by The National Center

Chicago, IL/Washington, D.C. –Hyatt executives were confronted today over the hotel chain’s relationships with two prominent anti-religious organizations, the Southern Poverty Law Center (SPLC) and the Human Rights Campaign (HRC), and tried to claim that Hyatt doesn’t discriminate against anyone.

In response to a question from Free Enterprise Project (FEP) Director Justin Danhof, Esq., Hyatt CEO Mark Hoplamazian claimed that Hyatt doesn’t have any formal relationship with the SPLC and refused to address the company’s funding of HRC. The exchange took place at Hyatt’s annual shareholder meeting, held this morning in Chicago.

“While Hyatt may not have a formal relationship with the SPLC, it’s clear that the company’s supposed anti-discrimination policy that was announced late last year was a direct result of SPLC’s influence,” said Danhof. “Hoplamazian claimed that the company had to consider the safety of its employees when deciding which groups to allow on its properties; this is code for allowing SPLC and other leftists to demand that supposed ‘hate groups’ should be denied entry. Furthermore, Hoplamazian seemed proud of Hyatt’s relationship with the Human Rights Campaign. Given HRC’s record of anti-Christian bigotry, this is alarming.”

Hyatt is one of the top donors to the Human Rights Campaign (HRC). HRC is perhaps the nation’s leading opponent of religious liberty… HRC threatens and organizes boycotts when states seek to enact laws protecting the right of people to act according to their faith or to use a bathroom in privacy that matches their DNA.

Hyatt has also been linked with the Southern Poverty Law Center (SPLC), apparently allowing the SPLC to help determine who can stay at company properties. This is appalling. The SPLC smears Christian, Muslim and conservative organizations as hate groups simply for disagreeing with the SPLC’s extreme leftist policy views. By comparing Christians to the Ku Klux Klan, the SPLC’s aim is obvious, but you all took the bait.

The SPLC placed me on its hate radar simply because I did a radio interview on a Christian network. My Christian faith doesn’t teach hatred. My mother didn’t raise me to hate anyone. I am not raising my daughter to hate anyone. That the SPLC wants people to think otherwise is insulting and appalling. My daughter is only two. Someday she is going to be in school and one of her classmates is going to ask her why her daddy is on a hate list. Just think about that.

Can you explain to us investors why you support such anti-religious bigotry? And will you vow to reconsider your relationships with both of these groups? If you don’t, it’s hard to see why any Christian or conservative would ever stay at one of your hotels again.

Danhof’s entire question, as prepared for delivery, can be found here.

“Until Hyatt provides a clearer answer to my inquiries, the premise of my statement stands. Hyatt may give lip service to being open to serving all, but it funds efforts to do just the opposite,” said Danhof.

Today’s Hyatt meeting marks the sixteenth time FEP has participated in a shareholder meeting in 2019. Support our work! Click this image to help FEP continue to challenge corporations over their anti-religious bigotry.