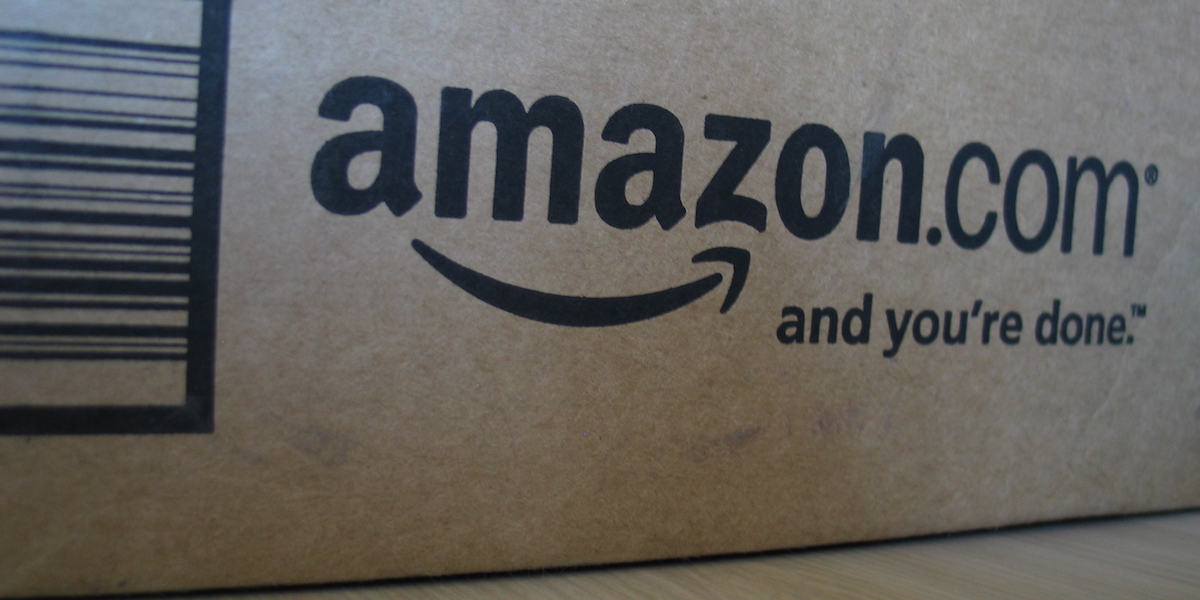 Press Release
Posted at 16:20h in Free Enterprise Project by The National Center

Seattle, WA/Washington, D.C. –Amazon rejected a shareholder resolution designed to encourage a diverse balance of thought on the tech giant’s left-leaning board of directors at today’s annual meeting of Amazon investors held in Seattle, Washington.

The vote came in response to a shareholder proposal submitted by Free Enterprise Project (FEP) Director Justin Danhof, Esq. Danhof’s proposal noted that “[t]rue diversity comes from diversity of thought. There is ample evidence that many companies operate in ideological hegemony that eschews conservative people, thoughts, and values. This ideological echo chamber can result in groupthink that is the antithesis of diversity. This can be a major risk factor for shareholders.”

The full text of the proposal is available on page 33 of Amazon’s proxy statement, available here.

“Amazon claims to care about diversity and inclusion,” said Danhof. “Today’s meeting put the truth to that lie. Amazon’s board isn’t interested in hearing conservative viewpoints. Furthermore, the company seems determined to keep funding anti-religious bigotry and partnering with groups such as the Southern Poverty Law Center to demonize pro-family and Christian organizations.”

Diversity isn’t what someone looks like. It’s the sum of what that person thinks, feels and believes. When the company takes overtly political positions on legal and policy issues, it would benefit from having voices from both sides of the aisle in the room.

Then there is Amazon’s most inexplicable action – allowing the extremists at the Southern Poverty Law Center (SPLC) to decide which groups are eligible for the Amazon Smile charitable program. Using its fake hate list with completely subjective criteria, the SPLC lumps pro-family and Christian groups in with the Ku Klux Klan. Many mainstream conservative and Christian groups are shut out of Amazon Smile simply because the SPLC opposes their work.

Whether you’re willing to admit your bias is beyond the point. In business, perception is often reality. And our proposal provides a tangible way for the company to combat its bias.

The full text of Danhof’s statement, as prepared for delivery, is available here.

The left-leaning crowd loudly rejected Danhof’s calls for viewpoint diversity, booing and heckling him throughout his remarks. One shareholder even suggested that Danhof must be late for a book burning or Klan meeting.

“It’s clear that the American left has become the most intolerant group of people on the planet,” said Danhof. “The fact that they so violently reject even the idea of viewpoint diversity is very telling. Engaging with conservatives is so foreign to their ilk that they resort to name-calling and petulance. What a sad lot. Amazon could have shown leadership on this issue and highlighted the value of diverse dialogue. Instead it chose to remain a part of the liberal mob.”

On Monday, Danhof presented a similar resolution at Twitter’s annual shareholder meeting, during which he pointed out Twitter’s bias in regularly de-platforming conservatives. Audio of Danhof’s presentation is available here, and his statement, as prepared for delivery, is available here.

Today’s Amazon meeting marks the 22nd time FEP has participated in a shareholder meeting in 2019.