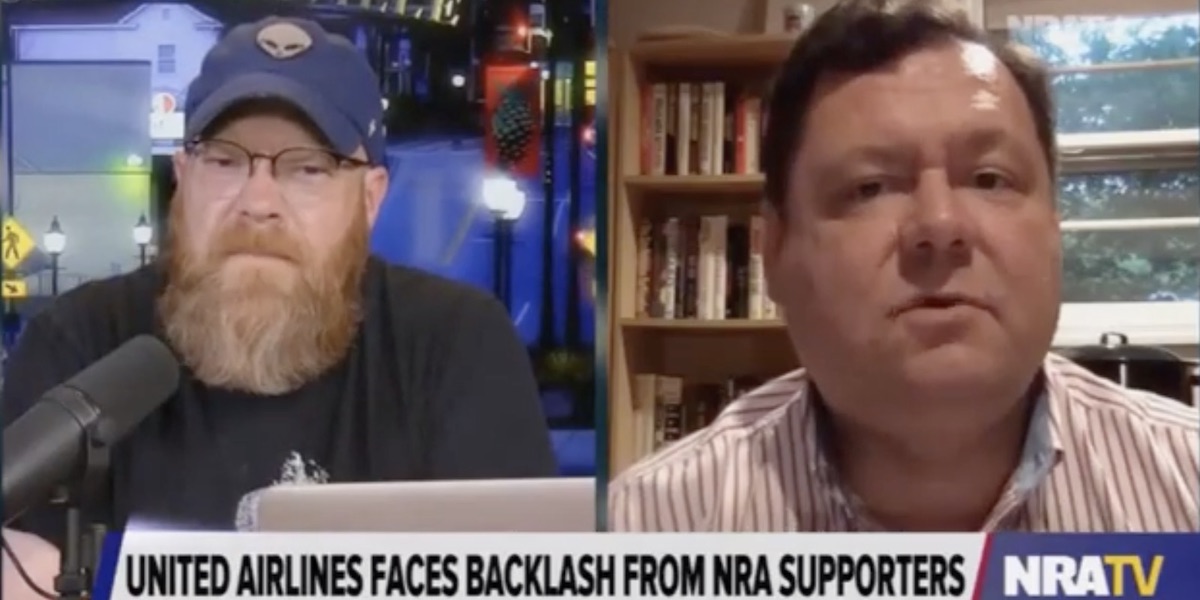 After taking on United Airlines about the awkward way in which the CEO dropped the company’s ties with the National Rifle Association (NRA), I was asked to be on NRATV’s “Cam and Co.” program to explain the situation to viewers who comprise the demographic most affected by the snub.

My attendance at this year’s United shareholder meeting on behalf of the National Center’s Free Enterprise Project (FEP) was a follow-up to last year’s meeting in which United CEO Oscar Munoz said the decision to break a business relationship with the civil rights group was a “personal” decision.

I explained to host Cam Edwards that Munoz “doubled down” on his decision to make the move on behalf of his employees – in their name – without actually consulting them or his board of directors about it.

This decision by Munoz was criticized by both the United workforce and the financial community after FEP lifted the lid on it last year.

I noted to Edwards:

We went this year to say: hey, would you like to possibly change your mind? Would you like to explain why you felt – as CEO – you could make a personal decision [for the entire United workforce]?

But, as I explained, Munoz was very dismissive of my offer:

He didn’t want to answer to the idea that he was virtue-signaling last year and doesn’t want to come clean on that.

Interestingly, the two examples I gave for future potential “personal” decisions Munoz could make on behalf of the United family were:

Coincidentally (or not, since I was at JPMorgan’s meeting the day before), JPMorgan Chase and Co. leaders announced a day after the United meeting that THEY had begun the process of cutting all ties to Purdue Pharma. This was also interesting since JPMorgan CEO Jamie Dimon assured me at that meeting that they did not “debank” individuals.

When Edwards inquired about Munoz’s reaction to my follow-up, I told him it was “silence.” Munoz’s response was “thank you for your comments – next question.” And that question was obviously not supposed to come from me.

While watching my interview, note the trees outside the window behind me. When the interview started, it was the calm before a very bad rainstorm. Some people in my area lost power.  And I was a bit on edge, because I put my puppies outside before the interview started just to keep them from barking.  All, however, went well.