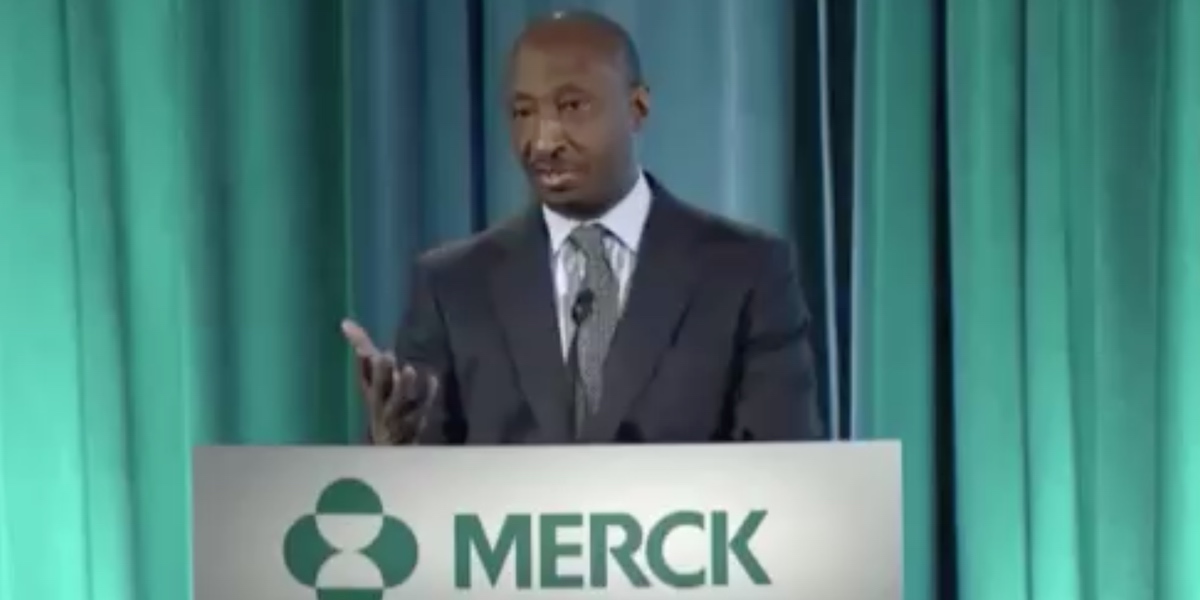 Bridgewater, NJ/Washington, D.C. – The CEO of Merck and Co. dismissed a request from a shareholder activist today to end its relationship with the controversial Institute for Clinical and Economic Review (ICER), despite warnings about how this affiliation could hurt both company profits and patient health.

“ICER bites the hand that feeds it and yet continues to be fed. Since ICER demands that Merck drop the prices of its drugs and advocates policies promoting rationed care, there’s no reason Merck should be supporting ICER,” said National Center for Public Policy Research Vice President David W. Almasi, who addressed the issue with CEO Kenneth C. Frazier at today’s meeting of Merck shareholders as a representative of the National Center’s Free Enterprise Project (FEP). “Companies like Merck always want a ‘seat at the table,’ but is it worth sitting down with a group that promotes the items on ICER’s agenda? It’s a slap in the face to consumers and investors.”

Merck is a member of ICER and funds its programming. ICER was founded by Dr. Steven Pearson, who formerly worked for the National Institute for Health and Care Excellence (NICE) – a group blamed for the current wait times and patient suffering from rationed medical services in the United Kingdom. ICER promotes alleged “cost-effectiveness” strategies for American companies that could unfairly deny necessary care to older and sicker Americans. Earlier this year, at the shareholder meetings of Johnson & Johnson and CVS Health, FEP raised the issue of ICER’s incompatibility with the delivery of quality health care.

According to the website of the Institute for Clinical and Economic Review (ICER), Merck currently helps pay for the annual ICER Policy Summit, webinars and other programming.

But a group of concerned oncologists have claimed that ICER recommendations about drug pricing are based on research that is unscientific, biased and not comprehensive. Those oncologists also express concern that ICER has relied on “largely inaccurate” assumptions to demand lower prices for certain drugs.

Additionally, Amgen – not a member or funder of ICER – charges ICER is too focused on drug prices as the “main determinant of health system value.”

As these concerns were being aired, ICER was calling for Merck’s Keytruda anti-cancer drug to be discounted by at least 20% – possibly up to 60%.

Noting FEP’s other presentations against ICER, Almasi then asked Frazier:

ICER is working with CVS on cost-effectiveness strategies. CVS CEO Larry Merlo told my colleague it’s about setting suitable price points for drugs. That means more of what happened with Keytruda at the expense of patient outcomes. When I brought this up with Johnson & Johnson CEO Alex Gorsky, he appeared disturbed about ICER’s agenda. I’m hoping he will re-evaluate his company’s relationship with ICER.

So now I’ll ask the same of you. Can you explain how funding ICER benefits Merck?

Frazier said that Merck is committed to medical innovation and consumer access to its products, and that he shared FEP’s concern about the cost evaluation of drugs. But Frazier also said there was a “philosophical question” as to whether Merck is better off involved in ICER policy discussions or whether it should “absent ourself from the whole discussion.” In a private conversation after the meeting, Almasi urged Frazier to withdraw Merck from ICER membership.

Video of the public exchange between Almasi and Frazier can be found on YouTube.

“Not all health care companies support ICER, nor should they. Rationing care and keeping pharmaceutical companies from making profits that fuel the search for new and better treatments are prescriptions for disaster,” Almasi said. “If Mr. Frazier feels Merck must continue to fund ICER, we hope the company will at least be a force that guides ICER away from discussions and policies that harm innovation and prevent patient access to quality care.”

Today’s Merck and Co. meeting marks the 23rd time FEP has participated in a shareholder meeting in 2019. Support our work! Click this graphic to help FEP protect quality health care for all Americans.