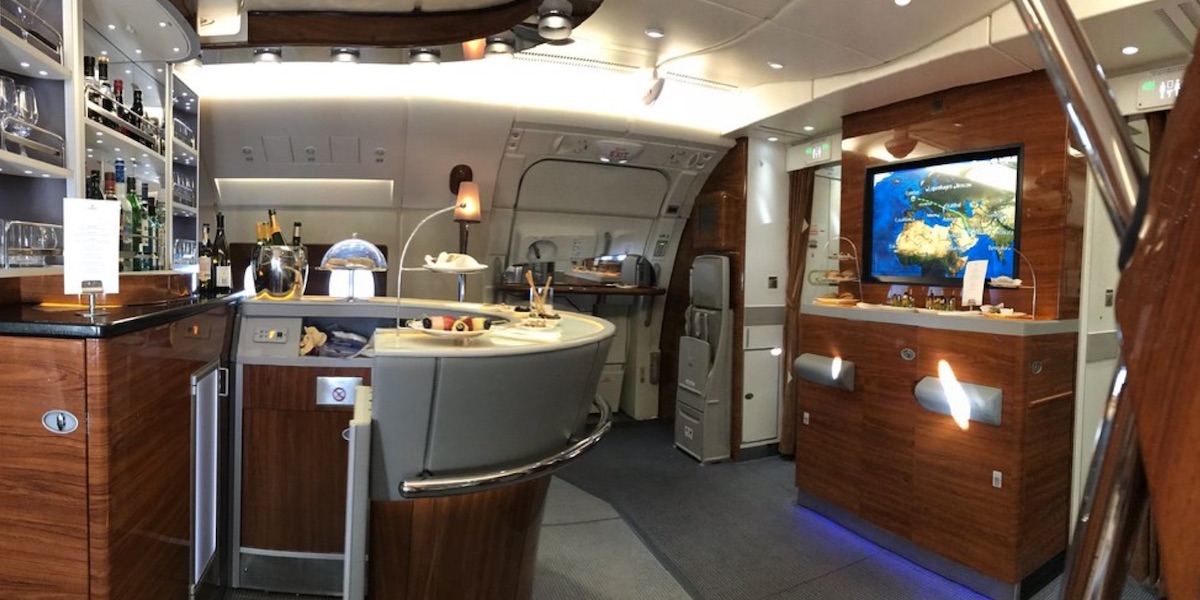 ConservativeBlog.org
Posted at 13:24h in Blog by David Almasi

Airline travel is up, but National Center Senior Fellow Horace Cooper warns that state-sponsored luxury carriers are exploiting an unfair financial advantage that could end up raising ticket prices for rich and poor Americans alike.

In a commentary published by The Western Journal, Horace notes that the recession that began in 2007 dealt a devastating blow to American airlines:

As you might imagine, the recession was a double whammy — it had a deleterious effect on the bottom line of the airline industry and for consumers, it reinforced a negative impression of flying.

As losses mounted, the industry was forced to adopt tightening measures affecting space, amenities and routes. Consequently, passengers with their own tighter budgets were faced with new fees, higher costs and more crowded planes.

This led to a vicious cycle. As more airlines cut back, more Americans showed a reduced willingness to fly. The real cause of the trouble — the spike in oil prices and the poor economy that hit almost simultaneously — was overlooked.

While the average American was thinking twice about traveling by air, Horace explains that a new class of luxury fliers who enjoyed a “hedonistic level of creature comforts” such as full bars, full beds, gourmet meals and even showers was created.  While some of these travelers could easily foot the bill for such extravagances, a more important factor that benefits many of these airlines – including Eithad, Qatar and Emirates – over their competition is that they are state-owned and thus state-subsidized.

“These Gulf State carriers,” Horace writes, “are able to poach the best customers while marginalizing their competition — market-based airlines that must sink or swim based on the market.”

Profit-seeking airlines offer a mix of economy, premium economy, business and first-class flights on their planes. They make it possible for students, families on a budget as well as business and wealthy tourists to travel. It isn’t practical for the market-based airlines to cater solely to the wealthy. While first-class international ticket prices carry a higher profit share, the airlines must also have economy class fliers to achieve profitability.

Qatar and Emirates offer flights for economy passengers, but the subsidies these airlines receive mean that they can offer flights and services without regard to profitability and in the process cater to their affluent passengers in ways that are a significant challenge for their competitors.

American carriers, as airlines for people of all incomes, have made it possible for all Americans – white collar and blue collar – to travel all over the globe.

As fuel prices have undergone wild gyrations, the Middle East nation-state carriers have lavishly catered to affluent flyers and in the process placed significant economic pressures on the privately run airlines, particularly those based in the U.S.

While other airlines raised concerns about this unfair situation as early as 2015, Horace notes it was the Trump Administration that finally took the issue seriously. Agreements were struck with foreign governments to increase financial transparency and end some subsidies.

But Qatar recently bought an Italian carrier that it is rebranding as Air Italy. It plans for this airline to fly transcontinental routes into the United States. Horace notes: “While Qatar Airways agreed to limit flights between the U.S. and the EU, nothing in the agreement contemplated that Qatar might go out, acquire a carrier and make Europe-U.S. flights part of its regular operations.”

Since Air Italy as a carrier isn’t bound specifically by the most recent Qatari agreement, this “Italian airline” with subsidies from Qatar could replicate the luxury model of the Gulf carriers. Alternatively, it could simply adopt a predatory pricing strategy that dramatically captures existing EU to U.S. market share. The latter is the approach presently being undertaken, but if left unchallenged it remains to be seen which model will be adopted.

“To be clear,” Horace points out, “Air Italy should agree to be bound by the Qatari airline agreement… [N]ow isn’t the time to allow the international market to head back to the anti-competitive subsidy policies of yesterday.”

To read all of Horace’s Western Journal commentary – “Flying Shouldn’t Just Be a Privilege of the Ultra-Rich” – click here. Coca-Cola Commended for Taking an Intermission From Election Advocacy

Press Release / April 16, 2021
Black Activists Challenge Soda Giant to “Launch a Campaign to Help Get IDs to Those Who Need Them” Washington, D.C. – With Coca-Cola executives finally …
READ MORE

ConservativeBlog.org / April 13, 2021
It’s a very simple question: “who watches the watchdogs?” Instances of the media appearing to take sides on things that are purely political – consider …
READ MORE
The National Center for Public Policy Research is a communications and research foundation supportive of a strong national defense and dedicated to providing free market solutions to today’s public policy problems. We believe that the principles of a free market, individual liberty and personal responsibility provide the greatest hope for meeting the challenges facing America in the 21st century.
Learn More About Us
Subscribe to Our Updates