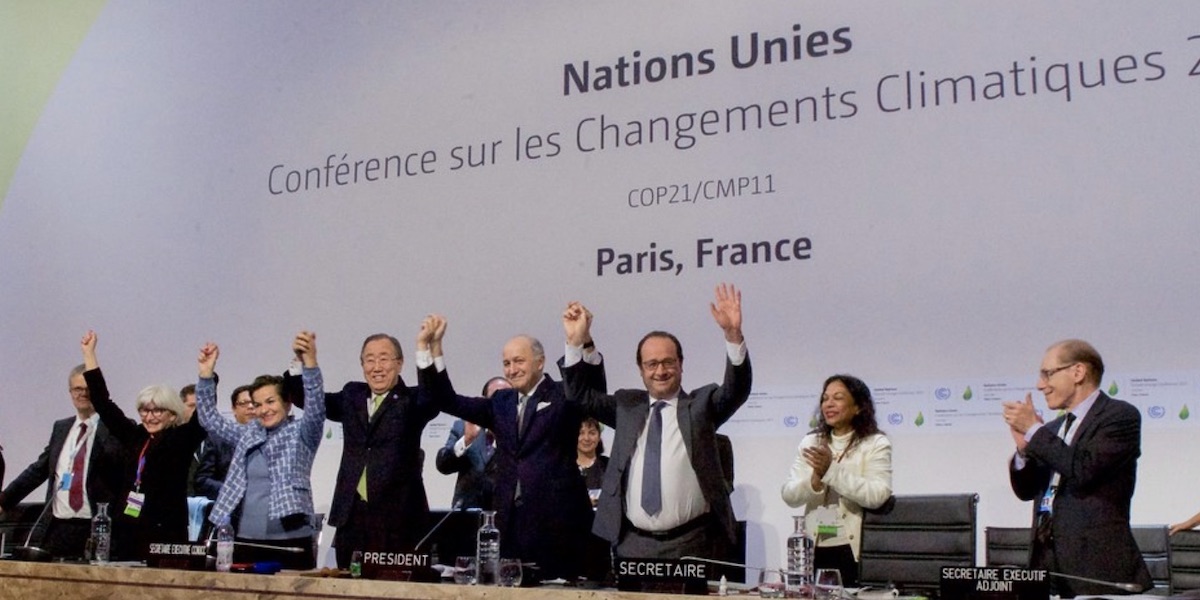 In an article written by Kevin Mooney for the Washington Free Beacon, Bonner – a senior fellow with the National Center – says that emails obtained through a Freedom of Information Act (FOIA) lawsuit indicate that the Natural Resources Defense Council (NRDC) was hard at work with the Obama Administration State Department to involve the United States in the climate change negotiations of the Paris Agreement. This seemed to lead to what Bonner says had all the “hallmarks of a treaty” without the necessary advise-and-consent involvement of the U.S. Senate.

Last year, the U.S. House Resources Committee’s Subcommittee on Oversight and Investigations sent letters to the NRDC and other green groups to find out more about their relationship with China. The letter to the NRDC noted that the group “takes an adversarial approach” to actions of the United States while “practic[ing] self-censorship” regarding “environmental issues concerning China.” This particularly pertains to American and Chinese naval exercises.

In the article, Bonner notes:

President Barack Obama used executive action to tie the United States to the emissions goals of the Paris Agreement in September 2016. Citing unfair treatment of America, President Donald Trump ended participation in the agreement in June 2017.

Cloaked in climate change rhetoric and operating without Senate approval, the Paris Agreement is “an instrument to redistribute wealth, through higher energy prices, from middle- and lower-income people to well-heeled renewable-energy providers and investors in developed countries, while spreading some largesse to elites in poorer countries via the U.N.’s Green Climate Fund,” says Bonner.

While a trove of emails between the NRDC and the Obama State Department have been released because of the lawsuit, many are heavily redacted in a manner disputed by experts on the issue. These critics are pressing for the release of more documents related to the push for the Paris Accord.

What can be ascertained from the emails is that the NRDC did actively counsel the White House to go ahead on its own with the Paris Accord.

And while the NRDC is aggressive about the United States and environmental regulation, it appears to take a much more lax attitude toward China – and has even been accused of working for China without disclosing such activity, in violation of the Foreign Agent Registration Act (FARA).

Tom Pyle, president of the Institute for Energy Research, which tracks the funding and work of green groups, says about the NRDC-China relationship:

While the organization boasts of suing the U.S. federal government “about once every 10 days” since President Trump’s inauguration, NRDC and its China office appear to take a flattering stance towards the communist government of the world’s largest polluter. This was exhibited best when NRDC praised China’s business-as-usual pledge for the Paris Agreement but pushed for extreme commitments from the United States. By supporting the Paris Agreement and urging Obama State Department officials to do the same, NRDC advocated for the U.S. to become economically disadvantaged to the benefit of China and other economic competitors. There are questions that simply must be answered in regards to NRDC’s compliance with FARA and who is really driving the group’s advocacy.