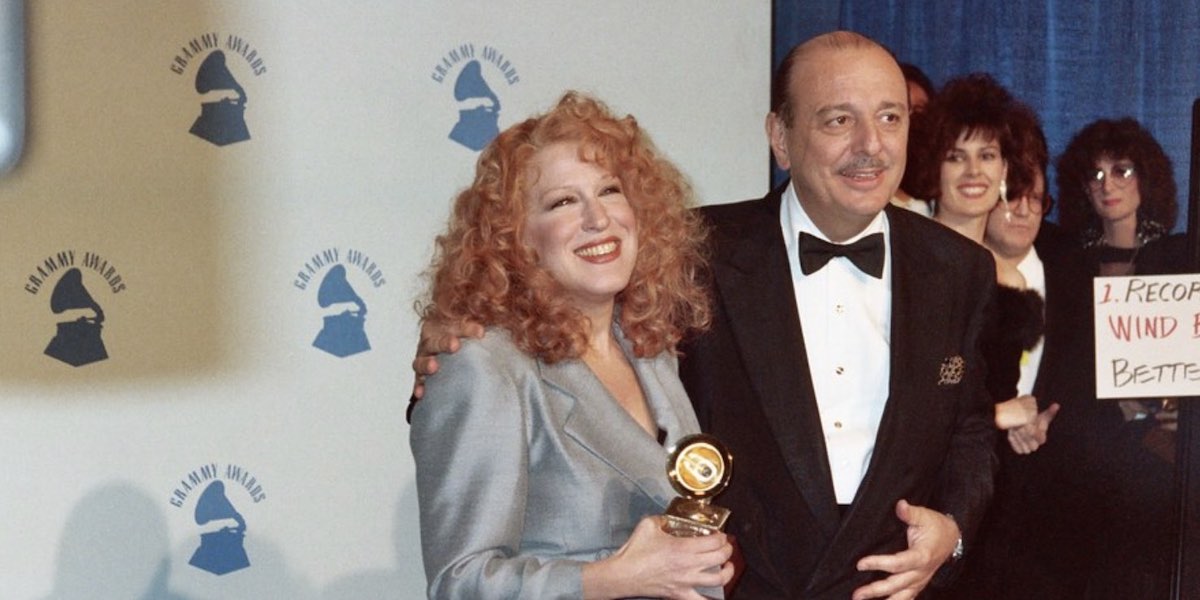 The Rose has started to stink.

Bette Midler – a star of stage, screen and the recording industry, greatly honored by tolerant society for her acting and singing – was hardly divine when she recently suggested black conservatives and other blacks who support President Donald Trump are essentially selling themselves into indentured servitude. In a recent tweet, she posted a photo of black Trump supporters at a rally and asked how much they were paid to be in the “blackground.”

Project 21 members are calling this “incredibly patronizing” and racist.

Clearly, the people on the coasts have a particular need for “Raising the Barr” regarding whom they associate with – holding their liberal friends to the same standards they did for Roseanne Barr when she crossed the line last year when she insulted Obama confidante Valerie Jarrett.

Midler, a frequent critic of the President, has said he “deserves to be held down and his hair cut off, or strapped to the roof of the car!” She’s joked about wanting him to be stabbed by his staff. She’s tweeted old topless modeling photos of First Lady Melania Trump with catty remarks while urging Twitter to ban the President from social media. And she’s had to apologize for spreading false rumors about President Trump’s feelings toward his political party.

But her recent race-mongering tweet is much worse, and something for which she must apologize. And it’s something that Twitter really should consider as reason to curtail her use of social media.

Midler’s whole tweet read: “Look, there are African American men in this shot! How much did he pay them to be ‘blackground’?” While she portrays herself as a keen observer of the President’s activities, it’s surprising she hasn’t seen those men in the past. They are part of a group called Blacks for Trump, and they are genuine. Members of this group have attended the Conservative Political Action Conference (CPAC) over the past few years and are quite well known. They are often seen cheering with enthusiasm at Trump rallies.

But Midler seems to be one of those people who assumes, like Representative Ayanna Pressley, that people of color must read off the same page in order to be authentic. That’s just plain wrong, and members of the National Center’s Project 21 black leadership network are calling Bette Midler out and asking everyone else to join them in doing so.

It’s incredibly patronizing that people like Bette Midler don’t think black people are capable of thinking for ourselves.

Her “white savior” complex is no less racist than people who wear white hoods. We don’t need approval from white liberal overseers to judge if we’re acting in our own self-interest.

Liberal entertainer Bette Midler has gone over the deep end with her racist tweet insulting President Trump and his loyal black supporters.

Her incredibly insensitive comment is proof that many on the left feel they are privileged to say whatever they want and not be subject to the same harsh scrutiny as conservatives like Roseanne Barr.

Thankfully, Midler’s uncivil racism will not receive a pass simply because her tweet is anti-Trump. She should educate herself about President Trump’s base, which faces a growing number of black activists who are excited about their record-low unemployment and 3.3% wage increase.

Also, in interview with Fox News reporter Brian Flood, Project 21 member Deroy Murdock – who is also a contributor to the news network – added:

How dare Midler dismiss these grown black men as props for hire, rather than sapient citizens who support the candidate of their choice.

And why shouldn’t they? Thanks to the Trump/GOP tax cuts, black unemployment is near record lows, and average real wages for blacks are up 3.3% over the last 12 months, the Dallas Federal Reserve reports. Also, President Trump’s criminal justice reform disproportionately benefits blacks.