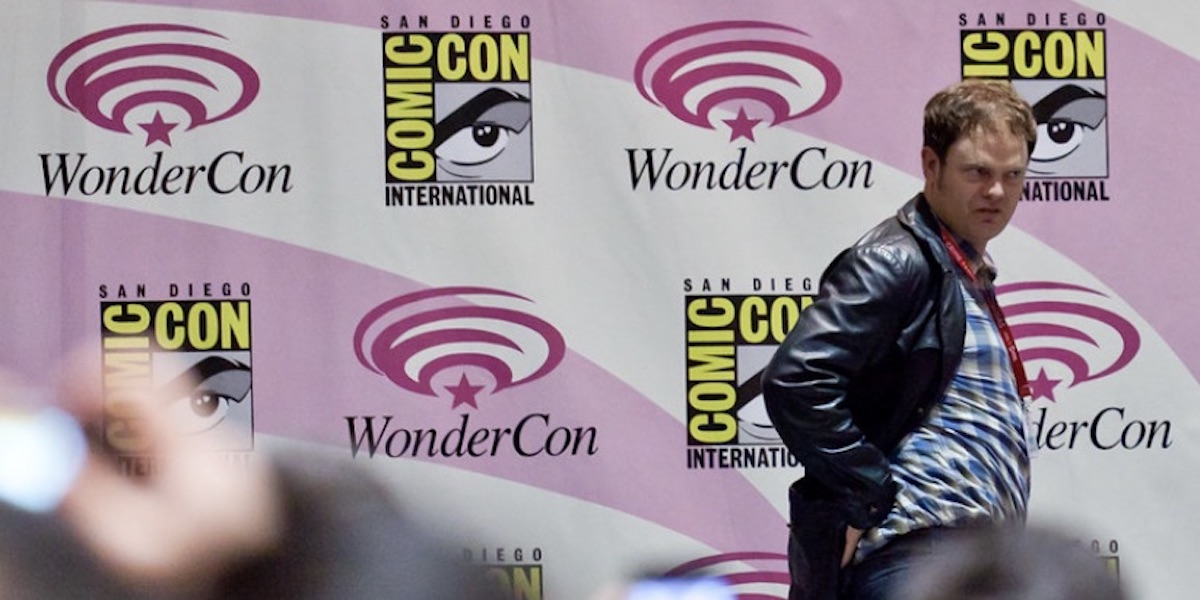 In taking aim at our Second Amendment freedom against government infringement on the right to keep and bear arms, the actor best known for playing Assistant to the Regional Manager Dwight Schrute on “The Office” tweeted to the 4.4 million people following him on social media that “angry white men with guns” are the biggest threat to the United States. And he managed to lump in some crazy interpretation of Christianity as well.

This appears to one-up Representative Omar, who only said that people “should be more fearful of white men” – suggesting that they were more deadly than Islamic terrorists. Wilson’s full-bore attack on his own race, gender and gun rights is being criticized by the members of the National Center’s Project 21 black leadership network. They call him “misguided,” and call his actions “moral grandstanding” and “fake rage.” They also take offense to his bigotry in treating white men in an abusive manner like Hollywood has done for other racial groups – showing they have not yet learned not to hate.

Like Roseanne Barr, Project 21 members feel Rainn Wilson has crossed a line. The entertainment industry should be “Raising the Barr” to keep those representing it from making them look silly, out of the mainstream and just plain hateful. Wilson’s series of tweets – sent out after the horrible shootings in Dayton, Ohio and El Paso, Texas – began with: “When are we all going to admit that the biggest threat to Americans, terrorist or not, is ANGRY, WHITE MEN with guns?” He added that his “heart breaks” for those affected, and how he’s “speechless.”

Well, not really. For good measure, he then threw in a biblical reference to get at those who former President Barack Obama said “cling to guns or religion.” Wilson added: “The metamorphosis of Jesus Christ from a humble servant of the abject poor to a symbol that stands for gun rights, prosperity theology, anti-science, limited government (that neglects the destitute) and fierce nationalism is truly the strangest transformation in human history.”

We have to stop looking at every situation in this country through the lens of race. Demonizing an entire group of people on the basis of their skin color for the actions committed by a single individual is not only racist, it does nothing to move us closer toward solutions.

It seems like Wilson is taking on the traits of his Dwight Schrute character, who is described by Wikipedia as someone with “a lack of social skills and common sense.” But, while Dwight was a gun aficionado, Wilson takes the Hollywood hard line against guns (unless guns are valuable to selling a project).

Wilson might actually want to have some guns in his acting jobs. Dwight, as mentioned, talked about guns on his successful series. His next job was a failed television series about a detective. Since then, he’s mainly done voiceovers and forgotten roles like the lead in “Permanent” – a movie that made only $12,847 at the box office (as a point of reference, “Avengers: Endgame” made over $1 billion).

Hollywood has hurt with its stereotypes, and Rainn Wilson’s most recent use of the broad brush is no less shocking and demeaning. This is why Project 21 member Donna Jackson thinks Wilson needs to check his elitist privilege. She says:

It’s shameful that Rainn Wilson used bigotry and hatred as a platform for publicity and self-promotion.

Hollywood elites have been largely responsible for creating most of the racist and sexist narratives we have today such as the angry black woman, her superpredator child and the dirty Mexican. And now, some in Hollywood are adding the angry white male to the list.

As a victim of these stereotypes, I – like countless other black women – have had to fight against them both in the workplace and in our private lives. To suggest that all white male gun owners are terrorists is very disingenuous and only creates a dangerously divisive and hostile environment.

Actors like Rainn Wilson who pretend to fight against bigotry while creating it, as he has, don’t help our great country.

While there should be concern about the shootings in Dayton and El Paso, Project 21 member Derryck Green wonders where Wilson’s concern is for the other cities with chronic problems involving unacceptably high violence that do not receive the national headlines or celebrity tweets:

Noted theologian and sociologist Rainn Wilson offered his unsolicited opinion regarding what he believes caused the shootings in El Paso and Dayton. One of his conclusions is “angry white men with guns.”

Does Wilson apply that same logic to places like Chicago? This past weekend, Chicago witnessed its deadliest weekend of 2019 thus far. According to the New York Times, 52 people were shot and 7 were killed between Friday and Sunday evenings.  Mount Sinai Hospital in Chicago – one of the five trauma centers there – was so overwhelmed that it was forced to refuse patients and divert them to other trauma centers across the city.

According to the Chicago Tribune, there have been at least 300 homicides and 1,600 people have been shot so far this year in Chicago.

Is this the result of (in all caps, like Wilson’s original tweet) ANGRY, BLACK MEN with guns? If not, why not? Why doesn’t his heart break for Chicago, Baltimore, Detroit, Oakland, Philadelphia or Memphis?

“Dwight” isn’t concerned with much more than moral grandstanding and venting fake rage. It’s what happens when actors go off script.

And then there are Wilson’s religious references. Project 21 member Melanie Collette finds Wilson very off-target on his interpretation of Jesus. She explains:

There’s so much to unpack in Rainn Wilson’s misguided comments.

First, we have the undeniable racism in the statement that “angry white men with guns” are the biggest threat to America. But,worse than this, Mr. Wilson presents Jesus as a weak caricature of who He was.

Rather than a display of “fierce nationalism,” the Bible is clear about the pivotal role the census played in the expectation of a Messiah. Further, Jesus was no weakling when it came to preaching about the government’s limited role in our lives as our allegiance is to God. Finally, Jesus made clear that it was the church, not the government, that was to care materially and spiritually for the poor.

Mr. Wilson has managed to demonize the white man, make people of color appear to be victims and weaken the character of Jesus – all in one astonishing tweet.