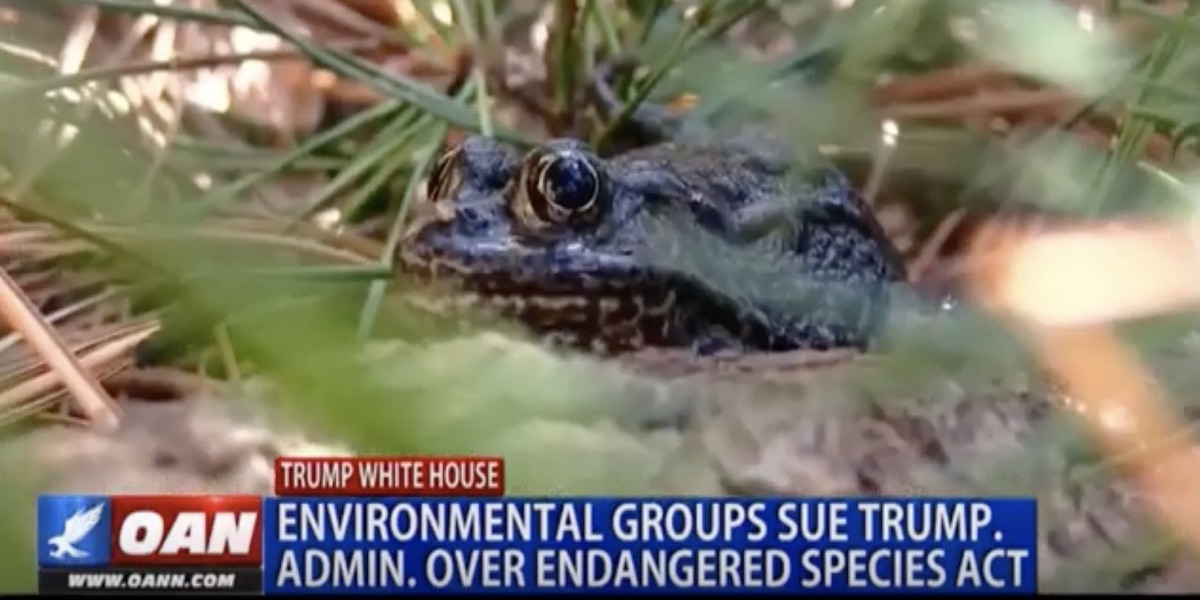 An inconvenient truth of the Endangered Species Act is that it hasn’t worked very well.

“It’s a terrible record,” said National Center Senior Fellow Bonner Cohen, Ph.D. in a recent interview, “even by the standards of a government program.”

In an interview for the One America News Network about the Trump Administration’s new endangered species reforms, Bonner told reporter Chanel Rion how current policy and enforcement has not been effective in aiding species recovery efforts – often pitting landowners against the species and the government rather than fostering a partnership with common, beneficial goals.

As an example, he brought up the government’s plans to help the dusky gopher frog. In a case that went all the way to the U.S. Supreme Court, landowners in Louisiana were finally given relief from government edicts that would have limited development in favor of the frog.

This case showed the inherent problems in pre-reform endangered species enforcement, especially since it wasn’t really a direct case of human and frog interests being pitted against each other. He explained:

In explaining the implications of such enforcement action:

Who would, in his right mind, would touch that size land knowing full well that it is going to be regulated from now until kingdom come to recover a species that demonstrably is not even there.

This manner of enforcement created an adversarial relationship between landowners and the government, a process that actually hurts the process of recovering endangered species. As Bonner noted:

There’s an old saying out in rural America for a long, long time that, if you see an endangered species on your land, “shoot, shovel and shut up.” In other words, get rid of it. Because, if you don’t, you’re going to find yourself in the draconian litigation that the ESA’s enforcement structure is.

Under the rules that were recently announced by the U.S. Department of the Interior and described in a commentary by Bonner in The Hill, enforcement of the Endangered Species Act has been reformed to:

In the commentary, Bonner wrote that these “sweeping revisions,” which will apply to future species designations, “provide much-needed fixes to a cumbersome, convoluted statute that has ill-served both the wildlife it is meant to protect and the rural communities caught up in its enforcement provisions.”