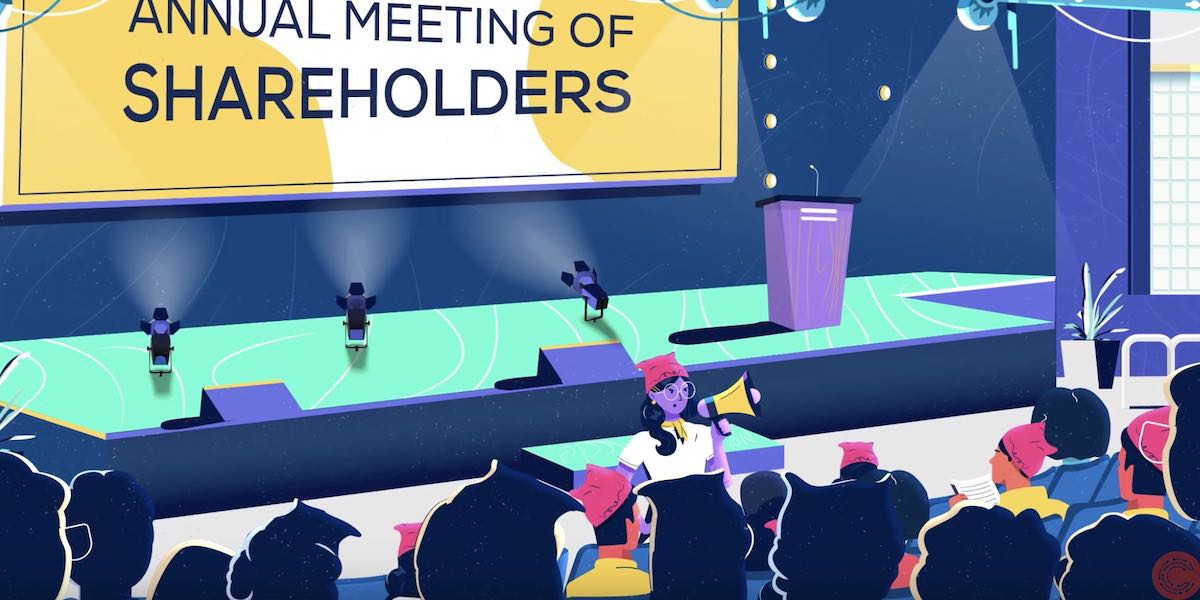 19 Nov 2019 Beating Back the Leftist Assault on Corporate America

A new video produced and distributed by the Capital Research Center warns about how political warfare has advanced into corporate America. And, as the National Center’s Justin Danhof – who narrated the video – points out, the left currently holds the upper hand.

The left’s war to conquer American culture does not stop with government and the media.

But Justin, who leads the National Center’s Free Enterprise Project as the top conservative shareholder voice in America, says conservative Americans can swing boardrooms back to neutral by using their power as consumers to “pressure corporate America to do what’s right.”

The left – utilizing Big Labor, activist groups and liberal-controlled public pension funds, among other resources – has co-opted segments of corporate America to be its political muscle to do things it cannot legislate or litigate. Examples of its successes include hindering gun manufacturers and the National Rifle Association, pushing LGBTQ preferences such as genderless bathrooms, and requiring race and sex to be considered for corporate leadership positions.

Part of this success comes from the left taking over the groups that advise shareholders, allowing it to exert enormous influence over the investor community while promoting its political agenda. Justin explains:

Some business groups have also abandoned support for the basic fiduciary responsibility that companies have to investors. They are now suggesting businesses consider the concerns of “stakeholders” – putting activists with a political agenda on the same level as those with a financial interest.

To beat back this co-opting of the business community, Justin urges conservative and traditional Americans to demand attention from corporate America by taking a page from the leftist playbook and flexing their muscles as stakeholders and shareholders:

The right needs to get into this battle. If we engage in the same way that the left does, we can have just as much impact.

In its first week on YouTube, CRC’s “The Left is Capturing Corporate America” has been viewed over 67,000 times.