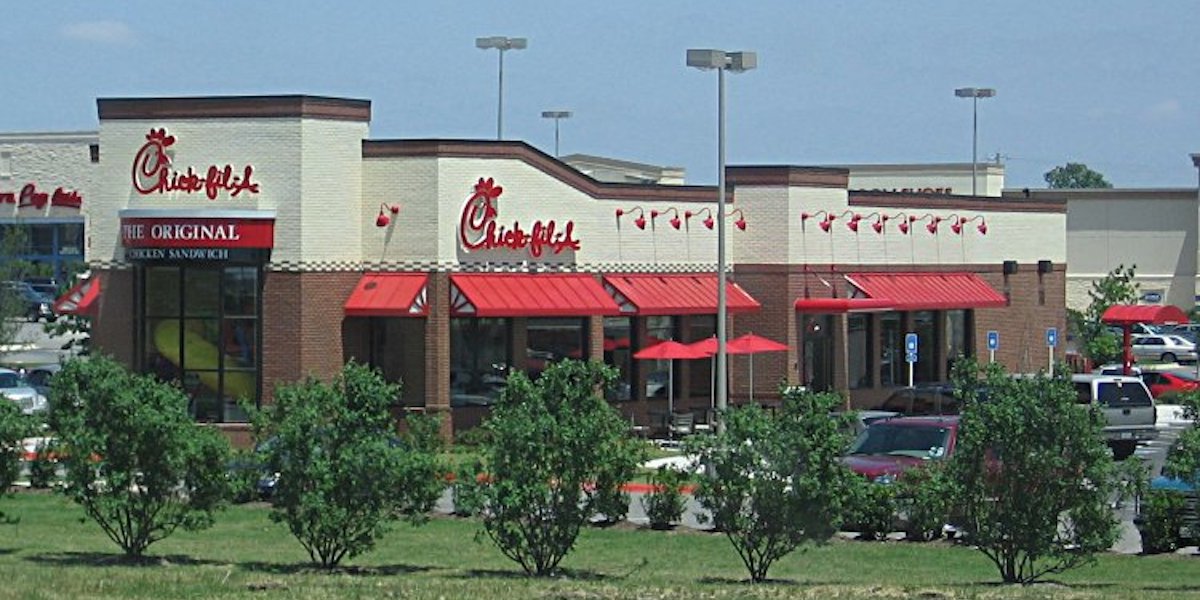 A group of 49 prominent conservatives – including Justin Danhof, Esq., the director of the National Center’s Free Enterprise Project – sent a letter to Chick-fil-A Chairman and CEO Dan T. Cathy yesterday to express how “tremendously disappointed” they are about the restauranteur’s “complicity in defaming the mission and intent of the Salvation Army.”

Chick-fil-A, which has until now been faithfully supported by conservatives and people of faith against continued attacks from the left, operates under a stated mission that charges the business “[t]o glorify God by being a faithful steward of all that is entrusted to us and to have a positive influence on all who come into contact with Chick-fil-A.”

But, as Justin and the other signers – including Dr. David L. Black of 2nd Vote, Morton C. Blackwell of the Leadership Institute, Colin A. Hanna of Let Freedom Ring, Kay Cole James of The Heritage Foundation, Lisa B. Nelson of the American Legislative Exchange Council and Mat Staver of Liberty Counsel – told Cathy:

[B]y bowing to the pressure of left-wing extremist groups, you’ve allowed those “faithful stewards” of the Salvation Army to be branded as “extremists,” likely triggering a series of future events detrimental to the organization and the millions of American poor they serve.

Chick-fil-A recently announced a reassessment of its charitable giving. Groups including the Salvation Army and the Fellowship of Christian Athletes (FCA) that have been attacked by the left because they will not endorse goals of the LGBTQ agenda like same-sex marriage will no longer be supported by the chicken chain. President and Chief Operating Officer Tim Tassopoulos told Bisnow that the company’s diversion comes as “we need to be clear about who we are” as it enters new markets.

Pointing out how this betrays the good work of the Salvation Army as well as the conservatives who have stood by Chick-fil-A, the letter stated:

But, your latest decisions to withdraw charitable giving to the Salvation Army and other Christian charities has betrayed the very people who stood with you. You have instead allied yourself with a bully-tactic leftist movement that will never be satisfied with your compromises. There is a growing list of American corporations that have discovered, with each new compromise, leftists only become more emboldened in their attacks.

We stand firm with the Salvation Army and others who truly are “faithful stewards” of the heritage entrusted to them and all Americans. We urge you to immediately reverse course and reconfirm your commitment to America’s families by rejoining us in support of these groups.

To read the entire letter and see all of its signers and their affiliations, click here. The letter was also covered by the Washington Times.

The National Center has already done interviews about Chick-fil-A’s abandonment of the Salvation Army and other prominent charities on radio stations such as KTKZ-Sacramento and WAEB-Allentown.

In an interview with Chris Woodward of the American Family Radio network’s OneNewsNow, National Center Vice President David W. Almasi called the move a “gut punch” to Chick-fil-A’s supporters that is “going to hurt the chain more than it’s going to help it, despite what they say.”

Discussing how Chick-fil-A’s previous rejection of “cancel culture” was valued by its followers, David added:

It was refreshing to see a corporation that didn’t give into the leftist pressure campaigns, [but] that’s what they did – no matter what they say.