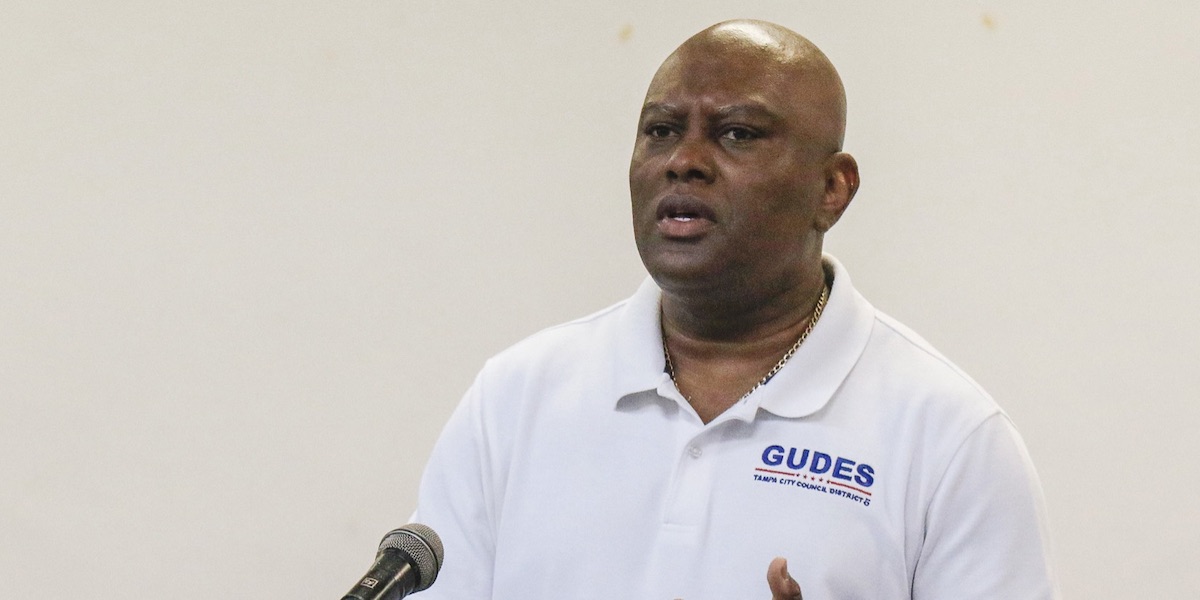 What’s worse: just saying something offensive, or knowing that what you said was offensive and trying to deny you meant it?

In Tampa, City Councilman Orlando Gudes used a blatantly anti-Semitic slur to complain about a contractor working with the Florida city. While he immediately caught his bad behavior, he nonetheless went on to claim that he didn’t mean what he said.

It’s not that easy to just brush off something so serious.

Influential politicians and popular celebrities ought to be held to a higher standard because of the power and status they wield. Remember when actress Roseanne Barr essentially lost her career when she made inappropriate comments about someone else’s race? Shouldn’t Tampa be “Raising the Barr” on its political class?

Project 21 member Marie Fischer, who has called out anti-Semitic politicians in the past, certainly thinks so.

In the case of Councilman Gudes, he complained “We’re getting Jewed” during a conversation with a Tampa Bay Times reporter about a high cost estimate for a new community center. While he reportedly made an immediate attempt to take back his comment, he had a novel way of explaining himself later:

Sometimes people use the word[s] “I got Jewed” meaning by a Jewish person… And I thought, someone could take that the wrong way. Let’s not go down that road, okay? I’m not a racist.

Confusingly, Gudes additionally told the Times, “I was just talking in the moment because I was passionate about it,” and tried to talk the reporter out of writing about his comment. Claiming “no intent by me of anything,” he charged that critics are “just trying to throw a story out there for some papers.”

Commenting on Gudes and other politicians who have used the term “Jewed,” Marie says:

There was a time when no one would ever say those words – at least not so openly. But here were are again, with another government official spewing out anti-Semitism. And all that is being said is to move along – there’s nothing to see here.

I find it odd that, when others say racist words, even when they are saying them to describe what someone else said, they are run out of their own companies. But say something anti-Semitic… and you hear crickets.

People are ignoring these incidents. By ignoring you are, in so many words, condoning these actions.

These actions may seem like a pebble, but enough pebbles can not only do damage to a group of people but to our society as a whole. If you do not believe it,  just look back to the horrific tragedies of the Holocaust, the Armenian Genocide in the early 1900s and the Rwandan genocide of 1994.

In October, and about a thousand miles to the north, Trenton, NJ City Council President Kathy McBride similarly told her colleagues that an attorney for the city had gotten a preferable settlement in a case because the attorney was able to “Jew [the plaintiff] down.” That attorney happened to be Jewish. McBride’s colleagues actually defended her. Marie called her out.

In a commentary published at the time on the Politichicks website, Marie wrote:

I cannot believe these people, apparently intelligent enough to be elected by their peers, really believe that “Jew down” is simply a harmless verb and not a slander against Jews. If they knew history, they would understand it comes from a negative stereotype about Jews being stingy, tight-fisted or excessively frugal. It paints the picture of us as lovers and hoarders of money.

Marie is Jewish. She added:

They might not consider themselves anti-Semites, but they are espousing words and feelings that mimic those who have a dislike, if not an outright hatred, of Jewish people.

As for Gude, he has said “I apologize.” But, considering his other statements surrounding it, can he be taken at his word? Will he eventually resign? McBride never did.

Sandy Freeman, a former mayor of Tampa who knows Gudes, said she’d “never seen that side of him” but recognizes the hateful power of the words he used. And she acknowledged that he would likely be taking her to task if she had used the n-word.