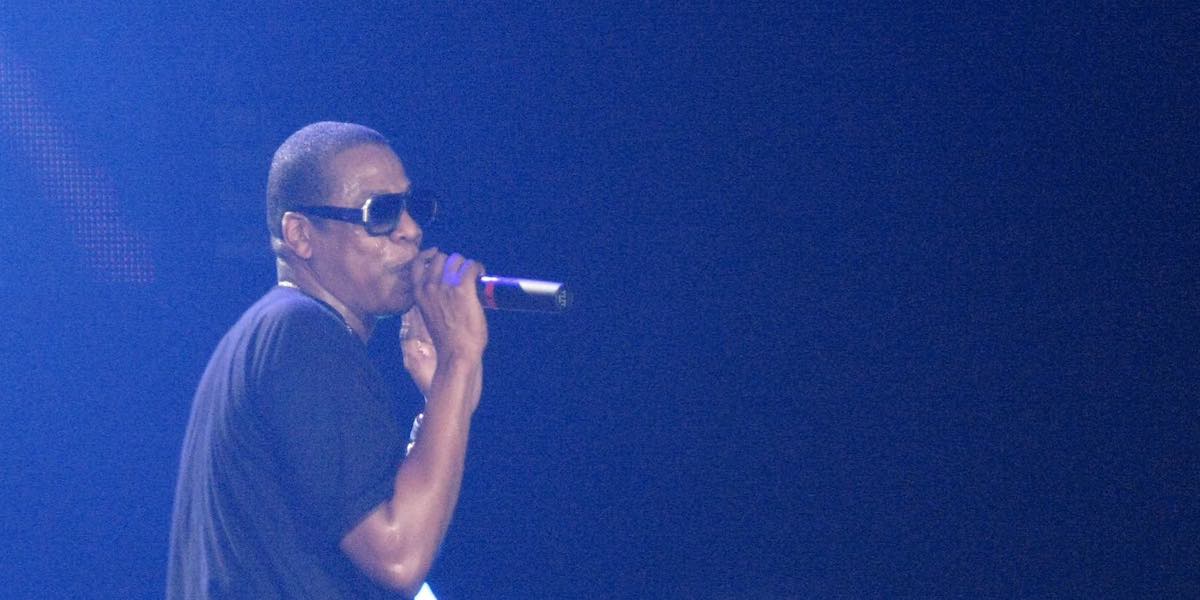 Did Demi Lovato’s Super Bowl rendition of the national anthem knock Jay-Z and Beyonce off their feet?

Unlikely. But until he explains himself, Jay-Z is obviously working against the goal he and the NFL partnered to accomplish not even six months ago. The music mogul really needed to be “Raising the Barr” when it came to how he behaved himself in public. It was bad enough that members of the National Center’s Project 21 black leadership network think he and his wife ought to be “publicly condemned” for such flagrant disrespect.

When the NFL lost fans in droves after former player Colin Kaepernick knelt or was missing from the field during the national anthem, and after Kaepernick displayed hostility toward law enforcement and recruited other players to his crusade, Jay-Z – who had been in solidarity with Kaepernick – was brought in to use his own star power to energize the League and try to bring fans back to the gridiron. In August, he claimed: “[W]e’re going to get things done.”

Maybe not. Fans may have started coming back, but Jay-Z’s behavior in Miami could end up being the equivalent of throwing an interception.

That’s because, on pro football’s biggest day, Jay-Z was caught on camera sitting with Beyonce and their daughter, Blue Ivy, while the vast majority of the people in Hard Rock Stadium were proudly standing for Lovato’s “flawless” performance of “The Star-Spangled Banner.”

It’s amazing how Jay-Z, who partnered with the NFL to open a dialogue with fans regarding Colin Kaepernick and why he took a knee during the national anthem, would essentially do the same thing at the ultimate NFL event.

While pundits will undoubtedly point to others who did the same thing, how many of those “others” had as direct a stake in the League?

Apparently Jay-Z forgot the old adage that it’s not what you do, but what you are seen (not) doing.

Despite inquiries from multiple news organizations, Jay-Z has not yet explained the reasons for his family not standing while the national anthem was being sung.

I was saddened to learn that two of the most high-profile people in today’s black culture treated the national anthem with such blatant disrespect. During the Super Bowl pregame show, not only did they remain in their seats and refuse to stand, but they didn’t put their hands over their hearts and Jay-Z continued to wear his hat.

It made a statement.

Jay-Z had publicly agreed to help the NFL work out the differences surrounding the controversy started by Colin Kaepernick. Yet he, his wife Beyonce and their child Blue Ivy Carter set a terrible example for those who observed them during the event. It also showed – through their silence – what can only be seen as a personal disdain and hatred for the county and the economic system that has provided them with their personal prosperity.

They should be publicly condemned by the NFL and the media.

Shareholder Activists Sue California Over Radical Board of Director Rules

ConservativeBlog.org / November 28, 2021
After starring in the movie “Spotlight,” which chronicled revelations about sexual abuses and their coverup within the Catholic Church, actor Mark Ruffalo said the “hypocrisy” …
READ MORE

ConservativeBlog.org / November 24, 2021
Minutes after the jury returned in the Ahmaud Arbery murder trial, members of the National Center’s Project 21 black leadership network were speaking out about …
READ MORE
The National Center for Public Policy Research is a communications and research foundation supportive of a strong national defense and dedicated to providing free market solutions to today’s public policy problems. We believe that the principles of a free market, individual liberty and personal responsibility provide the greatest hope for meeting the challenges facing America in the 21st century.
Learn More About Us
Subscribe to Our Updates