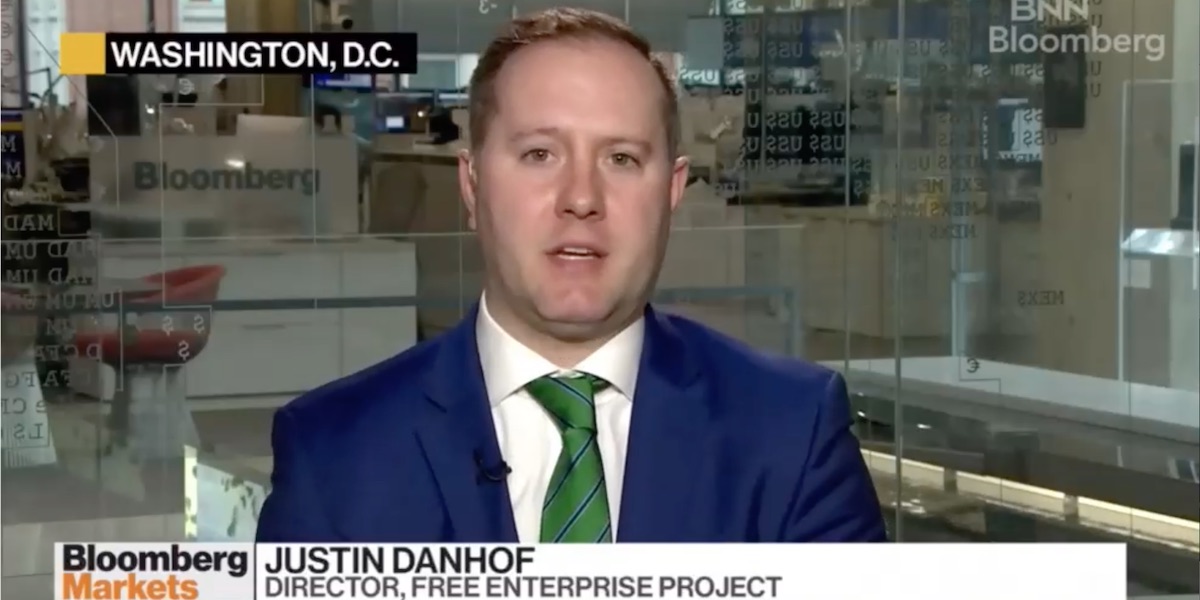 Claiming they want balance, the left is pushing big business to select women and minorities for director positions. But corporate boards need more than just superficial diversity if they are going to avoid the pitfalls of groupthink. This why the National Center advocates for ideological diversity to be a factor in the process of new board hires.

In an interview with the Bloomberg Business News Network, Free Enterprise Project (FEP) Director Justin Danhof, Esq., explained the National Center’s “True Diversity Board Policy” shareholder proposal, which has already been adopted by major corporations such as Walmart, Walgreens and JPMorganChase, and which FEP will present to the shareholders of other companies later this year.

Justin explained that there is “a large push from an activist investor movement to demand that companies diversify their boards based on gender and race specifically… [a]nd many companies have acceded to those demands.”

There is an inherent flaw in the logic of putting an increased emphasis on candidates’ race and gender while searching for director candidates. Namely, the process cannot guarantee to even address the groupthink problem it is allegedly supposed to solve. As Justin explained:

They have a very noble goal. And that noble goal is for corporate boards to avoid groupthink. Of course, you don’t want groupthink at the top of any corporation, right? You don’t want to have everybody marching in lockstep because you’ll fall off the same ledge at the same time on the same day.

Well, what does that say – legally? You’re saying that all women must think the same based on their gender. I don’t know about you,… but I call that sexism – by definition. And you’re saying the same about race.

And the problem of ideological groupthink is not just a concern – it’s already a clear and present danger for America’s leading corporations:

[T]he current state of play in America in the Fortune 1-100, the split between Democrat and Republican is actually two-thirds to one-third. So the companies that have been looked at… are wildly out of balance.

So when we look at past ideological activity, we are finding that companies in the United States are wildly out of balance. And that’s because there’s been a push from the political left to take over corporate boards because companies here in the United States are highly political. They are engaged in politics and policy decisions, and the left wants to get them into their cultural lane on this issue.

And Justin further explained that there is proof behind the assertion that ideological diversity is a benefit. When Lang asked if this “next level of diversity” should wait to be considered because corporations “haven’t cracked” the first level of “reflecting society” in demographic terms, Justin cited a Journal of Empirical Finance study that “proves viewpoint diversity as defined by politically diverse boards outperform their peers.”

“So we think – yes – you can look beyond race and gender,” Justin replied.