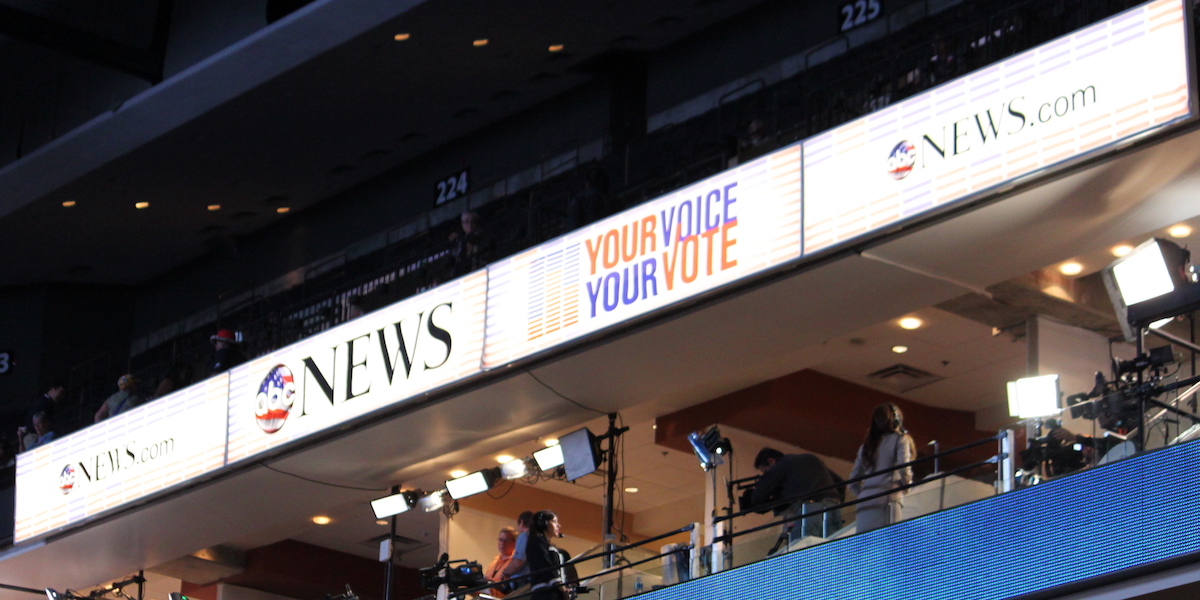 Press Release
Posted at 13:11h in Free Enterprise Project by The National Center

“Meet the new boss, same as the old boss. Just like his predecessor Bob Iger, Disney’s new CEO Bob Chapek seems perfectly content with the wildly biased and slanted coverage at ABC News,” said National Center General Counsel and Free Enterprise Project (FEP) Director Justin Danhof, Esq., who attended today’s meeting and questioned Chapek. “It appears that, for now, the palpable anti-conservative bias will continue at ABC News. We call on more consumers and shareholders to make their voices heard, and we applaud the true journalism of the folks at Project Veritas that continues to expose the lies and hypocrisy stemming from mainstream media outlets such as ABC.”

At the meeting, held in Raleigh, North Carolina, Danhof cited a study by the Media Research Center showing that recent coverage of President Trump across the broadcast channels was negative 93 percent of the time. Danhof then noted:

A few weeks ago, Project Veritas exposed a video in which ABC News correspondent David Wright admitted that the network bosses regularly spike positive stories about President Trump. He stated, “[w]e also don’t give [Trump] credit for what things he does do…. I feel terrible about it, I feel that the truth suffers, the voters are poorly informed…. Our bosses don’t see an upside in doing the job we’re supposed to do.”

Wright isn’t a green journalist and he is no conservative nor a Trump fan. He has degrees from Oxford and Harvard and identifies as a socialist.

And who can forget when Project Veritas released a video last fall of acclaimed journalist Amy Robach clearly implying that ABC’s bosses spiked her story on accused pedophile Jeffrey Epstein because of Epstein’s close connections to Prince Andrew and Bill and Hillary Clinton. While she tried to walk back her comments, we all heard the truth.

To this, Chapek meekly replied:

So, interestingly enough, the first trip I took after I got the new job was to ABC News in New York. And I must say I was overwhelmed by their professionalism and their commitment to objectivity.

In terms of Mr. Wright, he said some things that made us question his objectivity. And, obviously, when you’re reporting the news, that’s no place for somebody who’s got a heavy, subjective opinion. So – internally – we dealt with that situation.

But, ah, I think ABC News has a stellar track record of being objective in reporting the news and it’ll continue in the future.

“If Chapek’s first stop as Disney CEO was truly to the ABC News headquarters in New York City, and he saw no indicia of anti-conservative bias, then Disney investors should run for the hills,” said Danhof. “Chapek clearly cannot identify an issue that is staring him right in the face. As the videos from Project Veritas clearly show, ABC has a regular pattern of killing stories that would put President Trump and conservatives in a positive light. ABC News is out to manipulate the populace, not to deliver straight news. If Chapek can’t see that, what other glaring problems will he miss as the head of Disney?

“And Chapek largely missed the point that ABC News correspondent David Wright was making in the Project Veritas video. He made it clear that the liberal isolation in New York City is the reason that ABC doesn’t understand President Trump or his supporters,” added Danhof. “Those at ABC News need to get outside of their liberal echo chambers every once in a while. It’s not clear that will ever happen with Chapek in charge.

“After I asked my question, I was heartened by the applause in the room,” concluded Danhof. “Americans of all political stripes care about objective news reporting. And it is clear that our broadcast networks have strayed far from that standard. The support for my question should signal to Disney’s bosses that they are wasting a prime business opportunity by only catering to a small subset of liberal viewers rather than all Americans.”