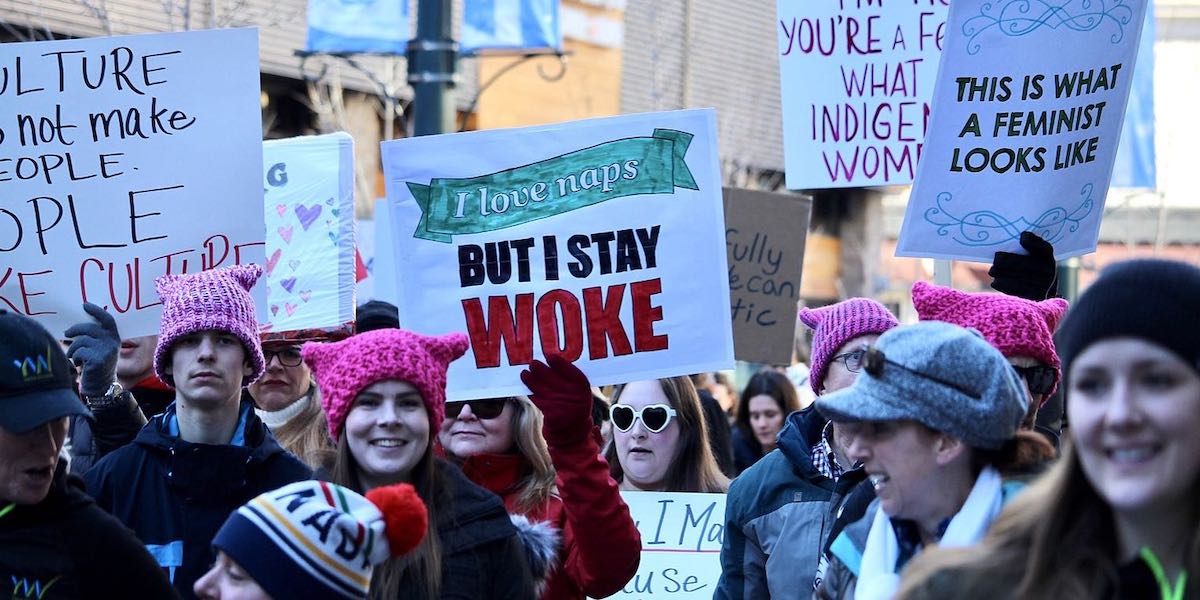 ConservativeBlog.org
Posted at 12:00h in Blog by David Almasi

Just as the coronavirus will someday be overcome, Scott Shepard – coordinator of the National Center’s Free Enterprise Project – sees a day when the extreme political correctness now at its zenith is relegated to the dustbin of history. And those who are reveling in it right now, the wokescolds, won’t be looked upon kindly.

That’s a problem in itself.

In a commentary published by Issues & Insights, Scott examines young Americans’ “defining tic,” which he says is “the wholesale adoption by its most assertive wing of ‘cancel culture.’” Assigning absolutely no redeeming value to this tic, he writes about its unfortunate spread:

Everything is wrong with cancel culture. If not the chief then certainly the incipient flaw lies in the fact that we as a society have ceded to the young an authority to destroy the careers and reputations of those of long-standing, stature and experience. This is folly. The young by definition must be relatively ill-informed about most things. The activist, demanding sort of young people are almost as reliably driven by an understandable, though seldom terribly insight-generating, bias for the novel and outré, and a deeply misplaced conviction that they have the world – and truth – all figured out. Why we, the adults, have allowed this cancel culture to flourish is unclear, and far beyond the scope of an opinion column.

Scott advises that the rest of us – those in the high-risk pool for being cancelled – can fend off the “woke brigades” by “protecting our places of work, investment and learning from viewpoint discrimination.” Having these protections in place, he writes, “would protect us all from the possibility of calamity every time social mores shift, in this technological age of pervasive intrusion and genuine ‘permanent records.’”

Interestingly, Scott believes those young people currently engaging in the cancel culture movement are likely to be hurt the most in the long run. While their targets – from historical figures such as the Founding Fathers to current figures including comedian Louis C.K. and former Senator Al Franken – will most likely be rehabilitated, the environment the brigades are creating is “almost perfectly designed to end up destroying most completely the very young people who propel it today in its wild and haphazard course through adult society.”

Perhaps, ironically (and in the narrow sense of Greek literature, tragically), the people most in danger of true and lasting cancellation are the very enfants terribles who are powering the current cancel-culture trend. These young people who have embraced their ill-nurtured power to ruin the lives of those who have preceded them have not, one suspects, thought through the implications of their cancel-culture position (or of many other of their moral stands). For whether they recognize it or not, time and morality have not stopped with their portfolio of profundities. In a few years, the avant garde will have moved past them to stake out new showy demonstrations of their own youthful importance. And because so much that the young think is now recorded for all time on Twitter and Instagram and wherever else they have migrated, the evidence of their no-longer-fully-acceptable positions will be forever available for all to see and judge. Will the world, even when it has re-evaluated and rehabilitated so many who have been temporarily written out of our common life, be gentle with those whose first sentient communal acts have been to demand the destruction of anyone who’s ever committed, by the then-current standards of the time, any wrong think?

It would be condign punishment for these young radicals to find themselves hoist on their own petard: to be the one group who is held to their own absurd cancel-culture standards once the dragon of cancelation turns around on them, and to be the only group ineligible for reevaluation and recontextualization, given their eagerness to deprive everyone else of those graces.

With this in mind, Scott prescribes mercy. While they are ruthless in their indignation right now, these young, woke perpetrators will want – and need – a second chance. “[W]e should make sure that it’s there for them,” Scott counsels, “even as it’s there for the people whom they are temporarily trying to destroy.”

Issues and Insights is a website created by the former editorial page staff of Investor’s Business Daily. It is described – by that staff – as “unapologetically free market and for limited government.” To read all of Scott’s commentary – “Warning From a Cancel Culture Cassandra” – click here.