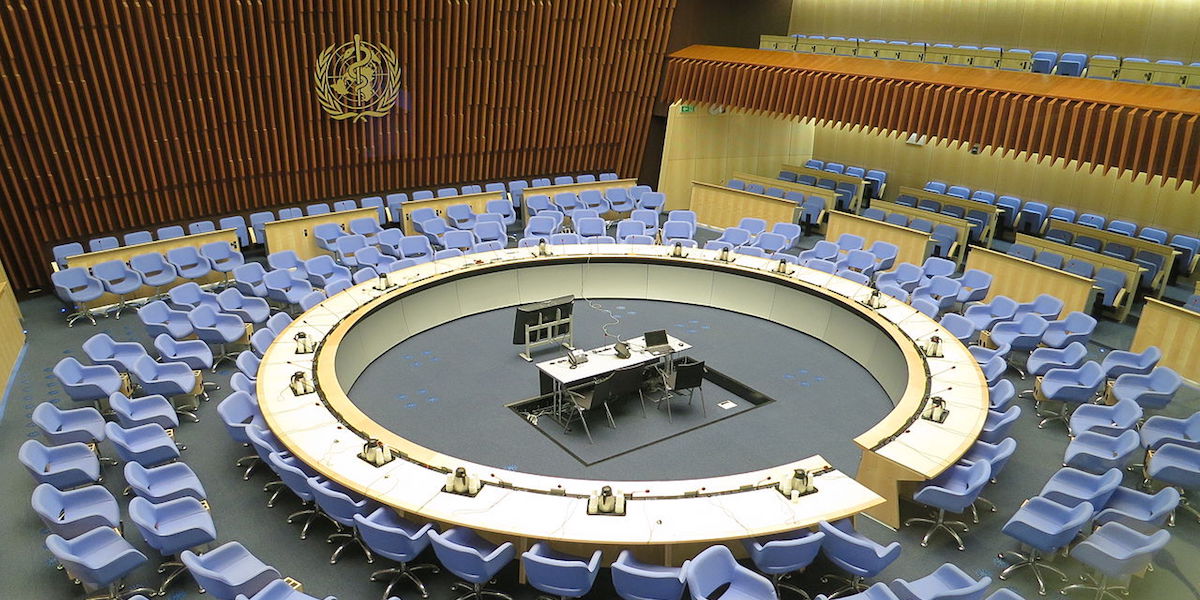 Washington, D.C. – The National Center for Public Policy Research praised President Donald Trump for withdrawing the United States from the World Health Organization (WHO), three years after first calling for this separation.

“WHO is plagued by persistent wasteful spending, utter disregard for transparency, pervasive incompetence and failure to adhere to even basic democratic standards,” the National Center wrote in June 2017. “With so many lives at stake, it is imperative that the U.S. exercise leadership by using its influence as a leading donor to force real change.”

The National Center reiterated this recommendation in “Beyond COVID-19: Blueprint for Restoring Liberty, Rebuilding the Economy, Safeguarding Public Health and Responding to Crisis,” released on May 13, 2020, recommending: “In the absence of a thorough housecleaning at the WHO, the United States should withdraw from the organization altogether.”

This is the third “Beyond COVID-19” recommendation that has been implemented so far, just weeks after the blueprint’s release. President Trump also issued an executive order rolling back federal regulations to speed the rate of economic recovery, and changed the lineup of his regular COVID-19 briefings so that they emphasize economic recovery. Both moves are consistent with the National Center’s recommendations. “Time and again, WHO Director-General Tedros Adhanom Ghebreysus has put his Marxist party loyalties ahead of public health. This is the man, after all, who thought it was a great idea to appoint brutal deposed dictator Robert Mugabe of Zimbabwe as a WHO ‘goodwill ambassador,’” said David Ridenour, president of the National Center for Public Policy Research and lead author of “Beyond COVID-19.”

“The critics of the president’s decision are wrong: Withdrawing from the WHO and transferring its funding to other health organizations will improve our pandemic response, not diminish it,” continued Ridenour. “The WHO spends hundreds of millions of dollars on travel and luxury hotels – more than it spends combatting malaria, tuberculosis and AIDS combined.”

Ridenour was referring to the findings of a 2017 Associated Press analysis of WHO internal documents.

“Once again, the White House has adopted one of our commonsense recommendations. The World Health Organization has completely let down the world as well as America,” said Horace Cooper, National Center for Public Policy Research board member and coauthor of “Beyond COVID-19.” “The WHO refuses to acknowledge China’s undue influence and its concomitant failure to alert the world to the dangers of COVID-19, or to adopt reforms going forward including changing its leadership. Until that status changes, the U.S. should no longer be a part of WHO.”

“Beyond COVID-19: Blueprint for Restoring Liberty, Rebuilding the Economy, Safeguarding Public Health and Responding to Crises” offers 54 specific recommendations to help bring the nation through this crisis and better prepare for the next one.

According to the blueprint, the response at all levels of government to the COVID-19 pandemic demonstrated the dangers of the “precautionary principle” – the idea that government should regulate potentially harmful behavior even when there is scientific uncertainty over the level of risk. “Beyond COVID-19” calls the handling of the pandemic “the precautionary principle on steroids.”

“Beyond COVID-19” also recommends measures to protect fundamental rights, change America’s relationship with China, roll back regulations that helped exacerbate the crisis and focus on pandemic relief rather than wealth redistribution.