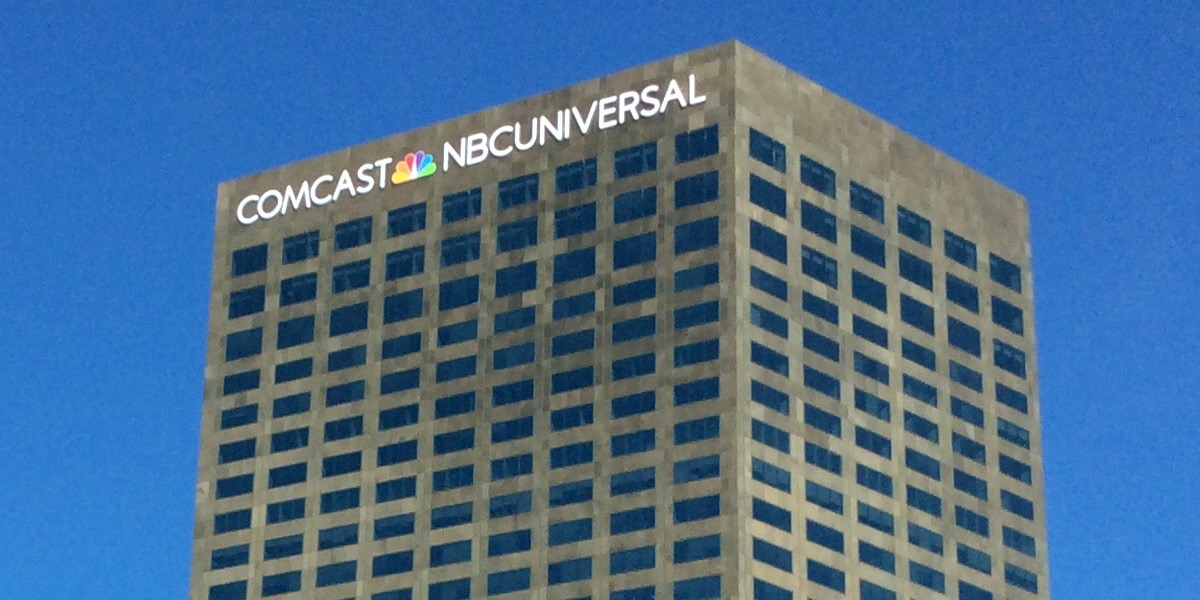 Press Release
Posted at 11:57h in Free Enterprise Project by The National Center

Washington, D.C. – During today’s annual Comcast investor meeting, a shareholder activist with the Free Enterprise Project (FEP) asked CEO Brian L. Roberts about MSNBC’s apparent support for rioting Antifa radicals. A rattled Roberts – whose company owns NBCUniversal – failed to condemn these comments made by MSNBC personalities, and simply praised the network for its efforts to “inform the American public” and “educate our society.”

“Brian Roberts had every opportunity to take a direct stand against Antifa and its violence, but he chose to take a knee instead,” said Justin Danhof, Esq., general counsel and FEP director at the National Center for Public Policy Research. “MSNBC has been giving cover to Antifa for years, and it continues to do so even as the nation burns from Antifa’s violent torch. After today’s shareholder meeting, it seems like Comcast’s leadership also supports Antifa’s mayhem. What a sad day for all Comcast investors, customers and employees.”

Following the death of George Floyd and the arrest of a Minneapolis police officer charged with his murder, riots and looting have flared up across America. Radicals affiliated with the Antifa movement have been identified as instigators of violence that has led to additional murders, harm to first responders and incalculable economic and property damage. U.S. Attorney General William Barr called the rioting “domestic terrorism” and promised an investigation of Antifa. President Donald Trump has pledged to designate Antifa a domestic terrorist group.

In his question to Roberts, Danhof referenced MSNBC coverage that has sought to downplay the radicalism of the rioters. He quoted MSNBC correspondent Ali Velshi, who called Minnesota rioting a “protest” and “not… unruly” while reporting in front of a burning building. Velshi also said that focusing on Antifa rioters “misses the point” about larger issues of race relations.

Danhof’s question, as prepared for the meeting, read:

After days of looting and riots which saw hundreds of buildings burned to the ground in Minneapolis – actions which were tacitly endorsed by so-called journalists at MSNBC – MSNBC host Ali Velshi seemed to be disappointed when tensions began to cool. While live on air, he exclaimed, “for better or worse, it seems much more calm in Minneapolis tonight.” That’s appalling. At the same time, MSNBC host Hallie Jackson continues to give cover to the domestic terror group Antifa, which has infiltrated protests across the nation to cause racial division and mass property damage, including damage to churches and synagogues. Does Comcast as a whole entity support Antifa, or just the talking heads at MSNBC?

As I said in my report, it is truly heartbreaking and tragic that, in 2020, we find our society still struggling with issues that are so core to human dignity. Racism, injustice, violence have no place and cannot be tolerated. And I think the news coverage, a risk of personal harm and injury and in some cases loss of life for our journalists continues to be one of the most important parts of NBC News and, for that matter, Comcast NBCUniversal. And so, by and large, I think the coverage continues to inform and educate our society, and that specific clip I have not seen, but thank you for your comment and we will continue to strive to inform the American public.

Audio of Danhof’s question and Roberts’ response can be heard here. A written version of Danhof’s statement can be found here.

Today’s Comcast meeting marks the 23rd time FEP has participated in a shareholder meeting in 2020. Conservative and Christian investors wanting to know better how to vote their values through their proxies should download FEP’s Investor Value Voter Guide.

UPDATE: In his question Danhof confused Hallie Jackson with MSNBC personality Stephanie Rhule. We apologize to Ms. Jackson for the error.