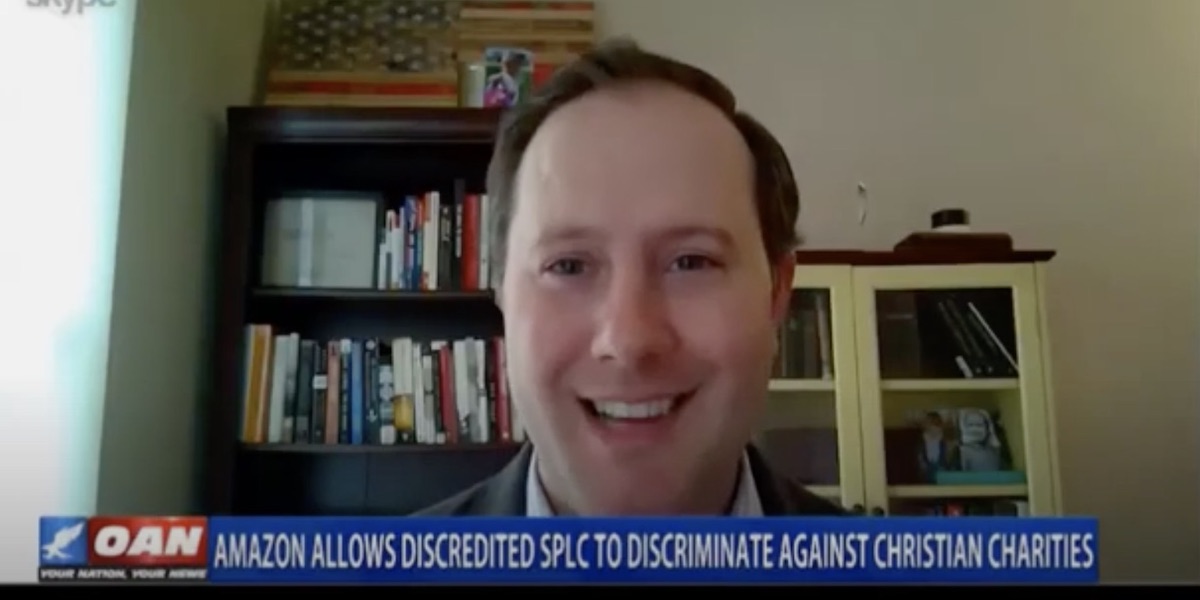 Twitter stopped working with the Southern Poverty Law Center (SPLC) a year ago. But Amazon defended – and even fought for – its relationship with the discredited left-wing special interest group.

On One America News (OAN), Justin Danhof, Esq. –  director of the National Center’s Free Enterprise Project (FEP) – explained to correspondent Stefan Kleinhenz that “organization after organization has seen through the scam of the Southern Poverty Law Center – but somehow, Amazon hasn’t.”

Justin was invited to appear on OAN to discuss FEP’s shareholder proposal that was recently presented at Amazon’s annual shareholder meeting. The proposal asked the Internet retailer to break its ties with the SPLC because the SPLC is directing Amazon to openly discriminate against its political enemies. In doing so, it is depriving legitimate nonprofits of the ability to get the same kind of donations that the SPLC allows to flow to the left with no restraint.

Amazon has something called AmazonSmile, in which a small percentage of all of your purchase dollars can go toward an eligible charity in the United States of America.

Amazon has allowed the widely discredited Southern Poverty Law Center – the SPLC – to act as the de facto gatekeeper for the charitable program.

So, what they have deemed is that Christian organizations such as the Family Research Council and Alliance Defending Freedom – because those organizations believe in traditional marriage – they are on the SPLC’s hate list alongside the Ku Klux Klan. And they’re ineligible for the AmazonSmile program.

It’s a very curious situation, and perversely funny. Amazon CEO Jeff Bezos owns the Washington Post, which has investigated allegations of racism and financial improprieties at the SPLC and has published commentaries calling for a federal investigation of the group. Yet Bezos is not putting that information to good use to protect the reputation of Amazon. Justin had to laugh at the company’s lack of attention to the SPLC’s failings and the need for it to make its own decisions:

Amazon itself can’t decide… which charities should be eligible. It’s their charitable program! It’s not the SPLC’s. It’s not mine. It’s theirs. Take ownership in what you’re doing. Like, why would you outsource it to a discredited organization?

And, again, this is not a neutral arbiter. That’s the point. The hate list is nothing, at this point, outside of a political enemies list. This is the way the SPLC is weaponizing it.