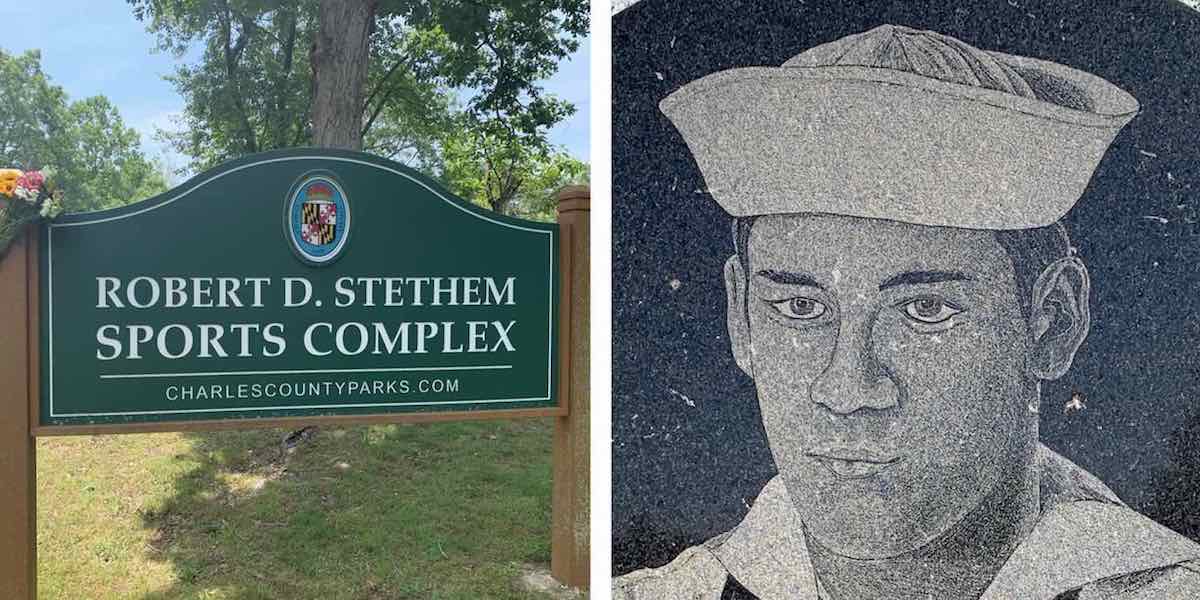 Even though the destruction of monuments is socially accepted behavior these days, I chose to break the law and show some respect for a neglected one.

Tomorrow is the 35th anniversary of the murder of Robert Dean Stethem, a construction technician and diver in the U.S. Navy. He was executed by Hezbollah terrorists – his body dumped onto the tarmac of the Beirut International Airport – because he was in the American military.

He was a passenger on the hijacked TWA flight 847.

Among the many posthumous honors for CUCM Stethem is an athletic complex in Charles County, Maryland. Amidst the ballfields and playgrounds sits a small memorial that – even on the busiest of days – goes ignored. Now, due to concerns about COVID-19, the complex is closed off from everyone. The front gate is chained and padlocked “until further notice.”

As I do almost every year, I stopped by as close to the anniversary of CUCM Stethem’s death as possible to pay my respects and leave some flowers. That was made impossible for me and my wife on the 30thanniversary as the complex was similarly closed – that time because the county had no scheduled activities there despite it also being a sunny Sunday.

Considering how governments now sit idly by while statues and monuments honoring Lincoln, Gandhi, abolitionist Matthias Baldwin and others that are under their care are being vandalized or destroyed outright by protestors, I decided to take the law into my own hands and jump the gate into the Stethem Memorial Sports Complex.

I figured it was worth the ticket, or even the arrest, to honor an American hero. With all of the lack of attention to real criminality, I figured I’d have an easy case to argue in court.

That turned out not to be a concern.

A beautiful day. Not too hot, and hardly a cloud in the sky. Incredibly silent. I saw turkeys in the wild for the first time. And for the first time in all my years of visiting the memorial, there was no ambient noise of kids screaming, cars idling or the call of balls and strikes. Even though that is the function of the facility, the lack of it made this visit truly something special.

I kind of felt like Baltimore’s Poe Toaster, but that’s not a title I am seeking. I just didn’t want the day to go without commemoration.