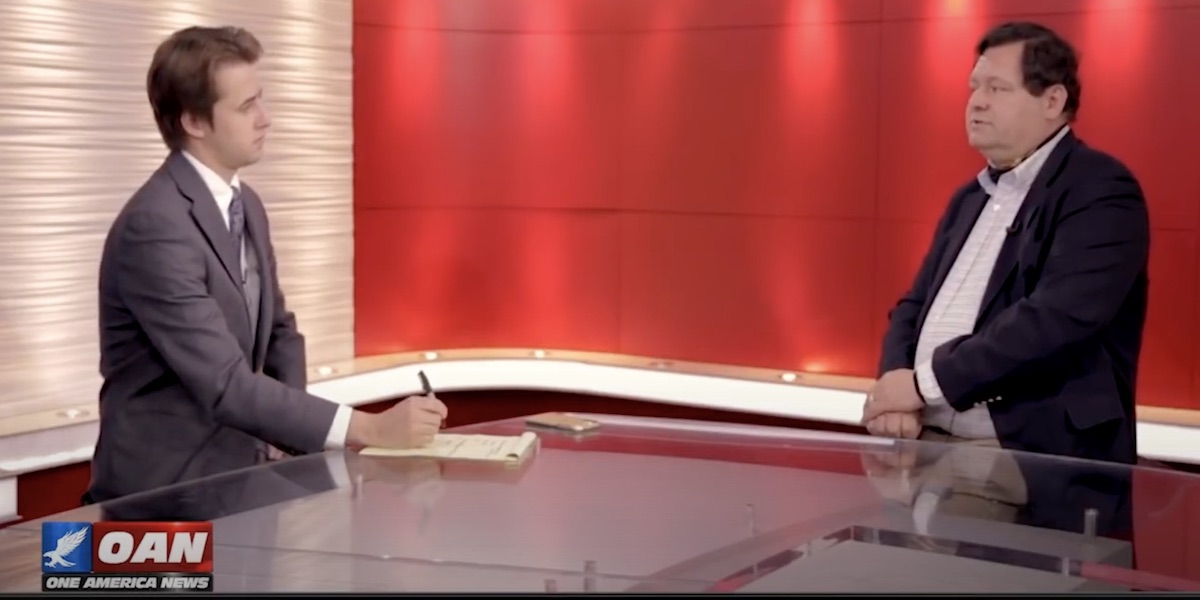 “CEOs of publicly traded companies may tell shareholders that they miss seeing them in person, but they are taking advantage of the virtual meeting format to duck those shareholders’ tough questions.” I point this out in a new commentary published by Issues & Insights.

At shareholder meetings for companies ranging from BlackRock to Walmart to Dick’s Sporting Goods (among many others), questions posed by the National Center’s Free Enterprise Project (FEP) – the nation’s premier conservative shareholder organization – have been left unanswered. Rather than taking our tough questions about their risky political positions or their decisions that prioritize stakeholders ahead of shareholders, CEOs seem to be getting an inordinate amount of softball questions these days that help make them look good.

It would appear to be by design, but FEP wants the government to investigate to be sure.

In an interview with One America News’s Stefan Kleinhenz, I noted:

What we found… at lots of corporations across America now, that they are taking the virtual meeting process and using it as a way to vet questions so that they don’t have to take the tough questions. They can overlook questions like ours that really get to the root of some of the problems that these companies have and should be changing…

If you go to an in-person shareholder meeting, you are sitting in a room, you jump up, go to a microphone and you ask a question. The CEO doesn’t know what that person’s gonna ask.

And these surprise questions have led to famous and impactful FEP exchanges. Consider the infamous “Tim Cook Moment”  at an Apple meeting, which is still discussed in publications as a lesson for CEOs about how NOT to handle shareholder interactions. Our questions have also resulted in concessions about media bias and commitments to change at both TimeWarner and the Washington Post Company.

At the recent United Airlines virtual shareholder meeting, on the other hand, the CEO answered mundane questions about when the last board meeting occurred and the expected tenure of the new executive chairman. At Issues and Insights, I note one question they chose to ignore:

In an annual investor meeting that lasted only half an hour – with a mere eight minutes for shareholder questions – United’s management team couldn’t find the time to address this question from the National Center for Public Policy Research’s Free Enterprise Project (FEP): “With our lives and the economy on the line, will United agree to transport lab animals – including primates – in the interest of finding a cure for COVID-19?”

The need to quickly find a COVID-19 vaccine should inspire United to allow the transportation of animals for medical research. During a White House briefing, Dr. Anthony Fauci discussed the promise found in animal models. Harvard Medical School researchers just announced very promising news on vaccine trials that involved rhesus monkeys. Researchers at Oxford University are using the same primates in their trials.

But United stopped transporting primates in 2013 after protests by the animal rights group People for the Ethical Treatment of Animals (PETA). Citing a concern for passenger safety, United joined almost every other commercial passenger carrier in refusing to fly animals used for research. PETA said they “wanted to shut off the supply line” to researchers, and they succeeded. It has forced researchers to rely on smaller carriers and the military to procure animals for testing.

This is a highly relevant question; the airline should be helping the government fight COVID-19 since it has received an estimated $5 billion in taxpayer bailouts through the CARES Act. On a more personal level, former CEO and new United Executive Chairman Oscar Munoz received a heart transplant – a procedure that was helped in its development by primate-involved research.

“In this era of virtue signaling, it would be wholly appropriate for him to share his ‘personal journey’ while announcing a change in company policy,” I suggested. “Instead there was a silent veto of FEP’s question.”

So FEP has asked for a government investigation into how companies have conducted their virtual meetings this year, and whether shareholders such as FEP were intentionally shortchanged by the process:

We want the Securities and Exchange Commission, which regulates the corporations in these meetings, to take an investigative look at it to see it other people are having the same problems we are. And, if they are, make sure that – next season – there’s a new process in place. Hopefully, just back to regular meetings so that we can have a true discussion with corporate leaders.

To read the commentary “Companies Use Virtual Meetings to Duck Shareholder Questions About Woke Agendas” at the Issues & Insights website, click here.