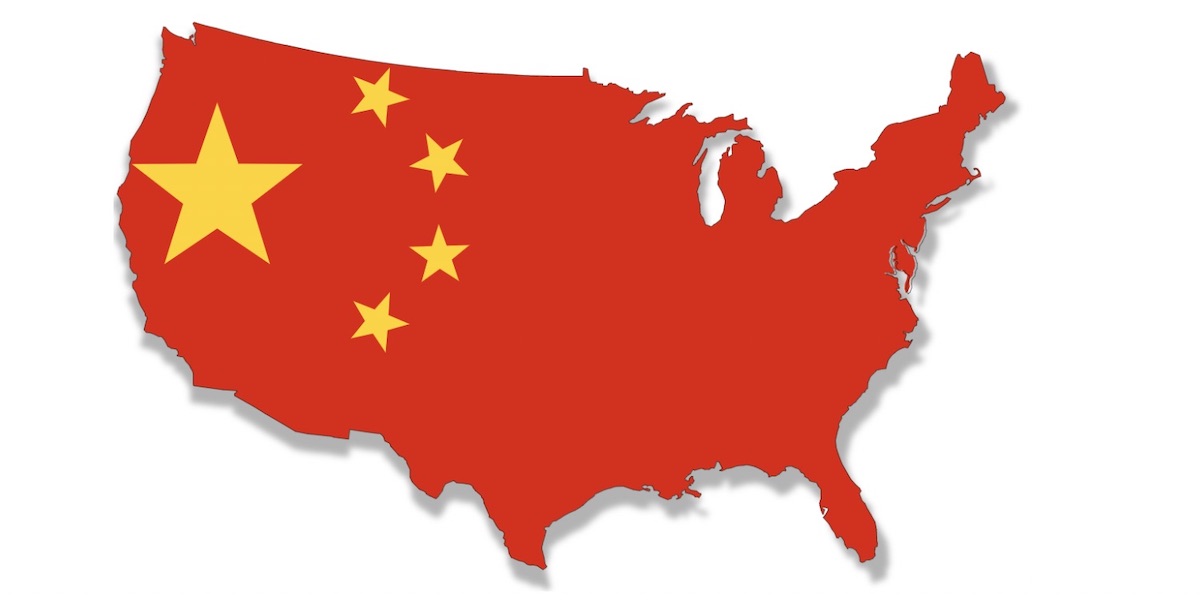 China’s Foreign Minister Wang Yi says the United States is pushing the two countries to the brink of a new cold war. Yi decried the recent expulsion of his country’s diplomats from Houston as “a political provocation unilaterally launched by the U.S. side … that will sabotage China-U.S. relations.”

Apparently, China considers anything other than capitulation to be a provocation.

The consulate was ordered to close to “protect American intellectual property and Americans’ private information” and was long overdue. Every year, China steals between $300 billion and $600 billion worth of technology from the U.S., and it does so explicitly to gain economic and military advantage over the U.S.

Closing the consulate was a good first step, but it’s nowhere near enough. The problem is that espionage isn’t just being committed by China’s diplomatic corps. Every Chinese student, scientist, academic, and businessman in this country with access to sensitive information must be assumed to be transmitting it directly to Beijing. That’s because Chinese nationals are required to do so as part of China’s civilian-military fusion strategy through which China seeks to develop a military to rival America by 2049.

But China isn’t just building its military capacity. It’s building a sophisticated propaganda apparatus to break America’s public will to stand up to Chinese aggression.

It currently sponsors Confucius Institutes on some 100 college campuses in the U.S. Although billed as innocuous programs to promote and teach Chinese language and culture, the institutes are used by China to collect sensitive data, promote Chinese propaganda and influence the curriculum of U.S. universities.

Don’t take my word for it: Chinese Politburo member Li Changchun said the Confucius Institutes are a means of exerting “soft power. … Using the excuse of teaching Chinese language, everything looks reasonable.”

China also uses its billions in investments in Hollywood movies and the lure of access to its lucrative market as leverage to influence Hollywood to advance its propaganda objectives. In the 2012 Red Dawn remake, for example, China forced the studio to change the storyline completely, making the invading armies from North Korea rather than China. And in the Top Gun sequel, Chinese censors made the studio remove a Taiwan flag from Maverick’s flight jacket.

China maintains a huge network of media outlets to spread its disinformation in the West, some overt and some covert. As the Hoover Institution notes, “China has less-attributable or unattributable communication options that it can draw on to influence opinions. These include content farms, ‘astroturf’ commenter brigades and fabricated accounts and personas on social media channels.”

At the same time, China has used predatory pricing to make the U.S. dependent on it for critical materials to give China the edge in the event of a conflict. According to the Henry Jackson Society, the U.S. now depends on China for 27.8% of goods that service critical industries, including 68% of our rare earth minerals.

The COVID-19 crisis should have served as a wake-up call.

Secretary of State Mike Pompeo said there is “enormous evidence” that the source of the virus was Wuhan Institute of Virology, not a wet market as Chinese officials insisted. The Chinese then suppressed information about COVID-19 that could have saved hundreds of thousands of lives. Chinese officials lied about human-to-human transmission risks, muzzled a whistleblower who tried to warn the world, and blocked domestic travel to Wuhan to protect Chinese while allowing international travel to continue.

China has a long history of endangering America when it suited its purpose. In 2008, 149 people in the U.S. died after using Chinese-produced heparin manufactured using a cheaper alternative compound. The same year, the Chinese shipped toothpaste to the U.S. tainted with a poisonous compound used in antifreeze and solvents.

China considers the U.S. its greatest geopolitical and economic enemy, and it’s time U.S. policy to recognize this.

The National Center for Public Policy Research has devised a nine-point plan, “Beyond COVID-19,” that does just that. It calls for continuing the ban on travel to and from China until the Chinese come clean on COVID-19, increasing the types and number of investments subject to security reviews by the Committee on Foreign Investments in the U.S., and expanding use of the International Emergency Economic Powers Act to restrict new U.S. investments in China in critical sectors.

We didn’t want a cold war with China. But now that it has started, we need to win it.

David Ridenour is the president of the National Center for Public Policy Research. Follow him on Twitter @DavidARidenour and on Parler @DavidARidenour. This was first published by the Washington Examiner.