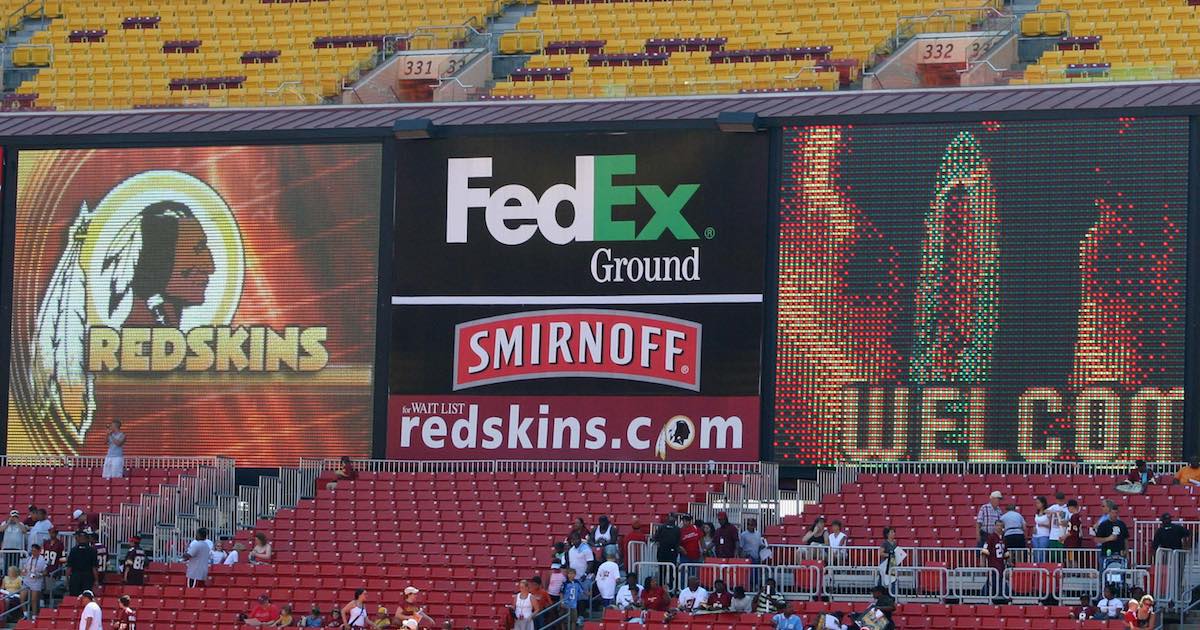 Free Enterprise Project Urges FedEx to Focus on Business, Get Out of Picking Names for Professional Sports Teams

Washington, D.C. – Despite evidence that Native Americans approve of the Washington Redskins moniker, FedEx today defended its role in pushing the National Football League team to change its name.

FedEx delivers packages. It has no particular social-policy expertise. It showed this when it pushed the Washington Redskins to change their name, even though according to a Washington Post poll, 9 in 10 Native Americans aren’t offended by the Redskins name; it’s hardly a disparaging connotation. Most Americans feel the same way. By its bumbling, FedEx significantly decreased Native American representation in civic life for the sole benefit of the smug self-regard of ill-informed leftwing activists. And in doing so it alienated wide swathes of customers who are sick to death of loud, performative wokeness. Will FedEx commit, right now, to dropping the radical political posturing that drives away customers and instead refocus on its core business?

After reading Shepard’s question aloud, Smith rudely asked Carere to “respond to this question, if that’s what you can call it.” He then laughed at his own mockery.

Carere read an apparently scripted answer, which said in part:

We always evaluate all marketing sponsorships through our commitment to diversity, equity and inclusion. We appreciate very much the Washington Football Team’s decision to change its name and its logo, and please remember that it was the team’s decision.

FedEx is a great American corporation, and until recently has been reliably a politically neutral brand that appealed to all customers by providing excellent service at reasonable prices while leaving fraught social issues alone. We were then both disturbed and dismayed, along with so many millions of other Americans, when it showed up alongside Pepsi to pressure team owner Dan Snyder to rename the Washington Redskins.

Like so many “woke” actions taken by American corporations during the embarrassing, overwrought Moral Panic of 2020, this move is both ill-considered and ill-advised. A Washington Post poll found that the vast majority of Native Americans greatly favor the team keeping the name. And well they should: professional football teams, even when they’re not crushing the competition, are still collections of the world’s finest achievers in their skill areas. Who wouldn’t want to be connected with that sort of organization?

What the poll and other discussions with Native Americans reveal is that the relevant stakeholders want the name kept as it is. Smug, elitist interlopers, who care only about their exquisite sensibilities – largely feigned for the purposes of virtue signaling – don’t give a fig about the real convictions and concerns of the groups whom they pretend to represent. Such people should always be ignored, and we’re horrified to see FedEx joining them in this tawdry, misguided campaign.

Carere’s obviously pre-scripted response to our question showed how little concern FedEx has for the facts on the ground or for the real opinions of real Native Americans and its other customers. By simply reaffirming its pride in its actions, without stopping for a second to consider new evidence, FedEx dangerously suggests that the only opinions that matter – the only views it takes seriously – are those of the hard, destructive left. If that’s true, it’s time for customers and investors to start taking this board-level blindness into account when making business decisions about FedEx.

Today’s FedEx meeting marks the thirtieth time FEP has participated in a shareholder meeting in 2020. To schedule an interview with a member of the Free Enterprise Project on this or other issues, contact Judy Kent at (703) 759-0269.