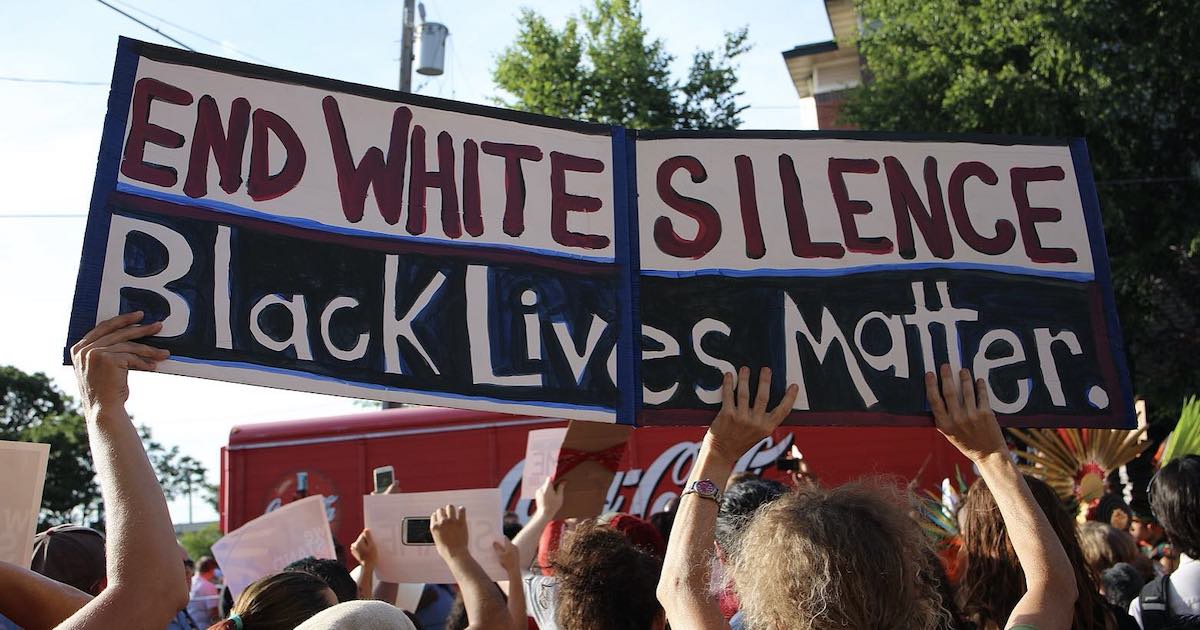 There’s nothing that agitates an American liberal more than recalling the McCarthyite “Red Scare” of the 1950s – except maybe their own fear right now about systemic racism.

But aren’t the actions of anti-racism activists in the present the same – and probably worse – than what the anti-communists were accused of doing 60 years ago?

Scott Shepard, the deputy director of the National Center’s Free Enterprise Project, compares the two behaviors in a Townhall commentary. He finds these instances of “moral panic” are quite similar, and expresses hope that “[w]e can ensure the panic’s passing by speaking the truth about the pernicious doctrines powering the panic.”

For one thing, the current hysteria-fueling allegations of a racist conspiracy involving crooked cops is myopic:

[T]here is some bad police behavior that really should be reformed. There is not much evidence that it is “systemically” racially motivated, but because manufacturing this moral panic required whipping up racial animus, focus was limited to police misconduct against blacks, and active mischaracterization of many of the highlighted incidents. Evidence of police misconduct against whites – which would belie the racial angle – was suppressed. And those pointing out that, overwhelmingly, most U.S. black homicides are committed by other blacks were declared racist by the panic mongers, even though that information would be vital to know if this summer’s concerns had really been about preserving black lives rather than manufacturing the panic.

As a result, white people are being portrayed as unwavering, unapologetic and nearly irredeemable. According to the activists,“whites are uniquely and deeply evil as no other races are or can be,” Scott writes. And it’s a steep price to overcome this stigma, which he states can be done “only by enthusiastically endorsing any assertion or demand made by the panic mongers.”

Corporate America has been deeply impacted by the outrage and will have a lot to answer for, as Scott explains:

[M]any businesses either shamelessly flirted with or overtly embraced the organizations pushing the panic, and by extension their beliefs. This is new and deeply worrisome. Some organizations that adopted mandatory self -denunciation sessions for white employees or discriminatory speech policies, or that otherwise endorsed racism and created racially hostile workplaces, have run enormous reputational risks and raised the possibility of significant legal costs.

As often happens during periods of mass hysteria, sanity is now reasserting itself. “Public support for the panic mongers and their institutions has collapsed, and the groups themselves have begun hiding their beliefs and, inevitably, lying about what they so recently proudly proclaimed,” Scott remarks. His proof of this welcome trend includes how Black Lives Matter has hidden radical portions of its “about” page, and how the “1619 Project” author over at the New York Times is now denying past assertions about slavery being the central and defining fact of America.

Yet Scott cautions that there are still many businesses out on a limb, desperately clinging to the rapidly deteriorating hysteria. Like McCarthyism, now there must come a reckoning. Because 2020’s “moral panic” about race deeply affected so many innocent people, Scott recommends that companies “consider safeguards to ensure that such risks will not be taken so glibly in future.”

Such safeguards could include:

“Some employees who not only vaguely understand the viewpoints of the right half of this country, but in fact share them and are able to express them without fear of retribution,” Scott writes, “could have saved a lot of companies a lot of headache, embarrassment and risk.”

To read all of Scott’s commentary – “White Supremacy, the Red Scare and Moral Panics” – at the Townhall website, click here.