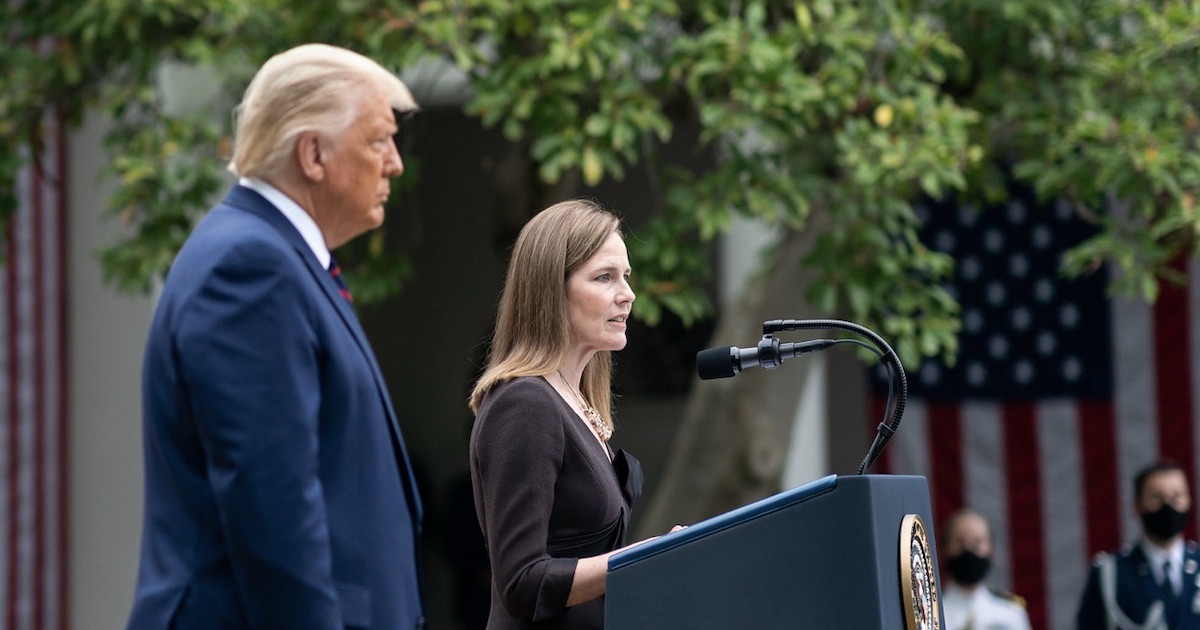 A Supreme Court justice has left the bench unexpectedly. The president was hospitalized. And it’s less than four weeks until the election.

That may sound like 2020, but these events also happened in 1956. President Dwight D. Eisenhower, recovering from a heart attack and facing a re-election showdown, was presented with an unexpected Supreme Court vacancy after Justice Sherman Minton retired that October due to health concerns.

“History often repeats itself,” writes Horace Cooper, National Center legal fellow and Project 21 Co-Chairman, in a commentary syndicated by InsideSources. And he explains the “third way” that Eisenhower used – and something that President Donald Trump might want to consider now – to navigate the tense political situation.

While President Trump and Senate Majority Leader Mitch McConnell have every intention of holding a vote to confirm nominee Amy Coney Barrett to the seat held by the late Ruth Bader Ginsburg before Election Day, liberals want to put off the nomination until the next presidential term.

But the liberals’ argument lacks legal logic. As Horace describes the situation:

Contrary to precedent and Article III of the U.S. Constitution, progressives say that RBG’s vacancy should not be filled by Trump. Instead they argue that the Ginsburg seat is historically “owned” by the left and consequentially shouldn’t be filled by a conservative.

However, that is exactly what President Bill Clinton did when he appointed Ruth Bader Ginsburg to the Court in 1993. Byron White — one of the two votes against Roe v. Wade — a conservative on the court ,was replaced by Ginsburg. Using their logic, if a conservative jurist takes the “Ginsburg seat,” it would be returning to form.

In 1956, Eisenhower’s third way was a recess appointment. Justice William J. Brennan then served on the Supreme Court as a recess appointee until he was confirmed by a simple Senate voice vote in 1957. Horace suggested Barrett could be similarly appointed to the Court in anticipation of a  post-election vote around Thanksgiving.

As things are complicated by President Trump and several senators testing positive for COVID-19, and liberal senators trying to delay Senate action on the nomination, this is an arrow in the president’s quiver that he should keep in mind to help ensure justice is maintained even if his original plans go awry:

Putting her on the Court now would guarantee that it has a full complement when, or if, it faces election-related challenges and ensure the Court could issue final binding rulings while also making sure that Congress isn’t overwhelmed with the politics of a vitriolic confirmation.

[H]er addition to the Court would go a long way toward making the Supreme Court an unwelcome place for litigants seeking to impose unpopular left-wing social schemes under the guise of Constitutional law on the American people.

There is one aspect of this situation in which history will unfortunately not be repeating itself – the working relationship that President Eisenhower had with liberals of his era. Horace notes that in 1956, “partisans sat on the sidelines and allowed the Constitution’s outline to guide the incumbent president’s actions. It is quite telling that such an approach has been largely dismissed today.”

Horace’s commentary – “Must a Court Vacancy Become a Political Nightmare?” – has appeared in newspapers including the Jacksonville Journal Courier, Edwardsville Intelligencer, Delaware Valley Journal and Prescott eNews. To read the complete commentary from the InsideSources website, click here.