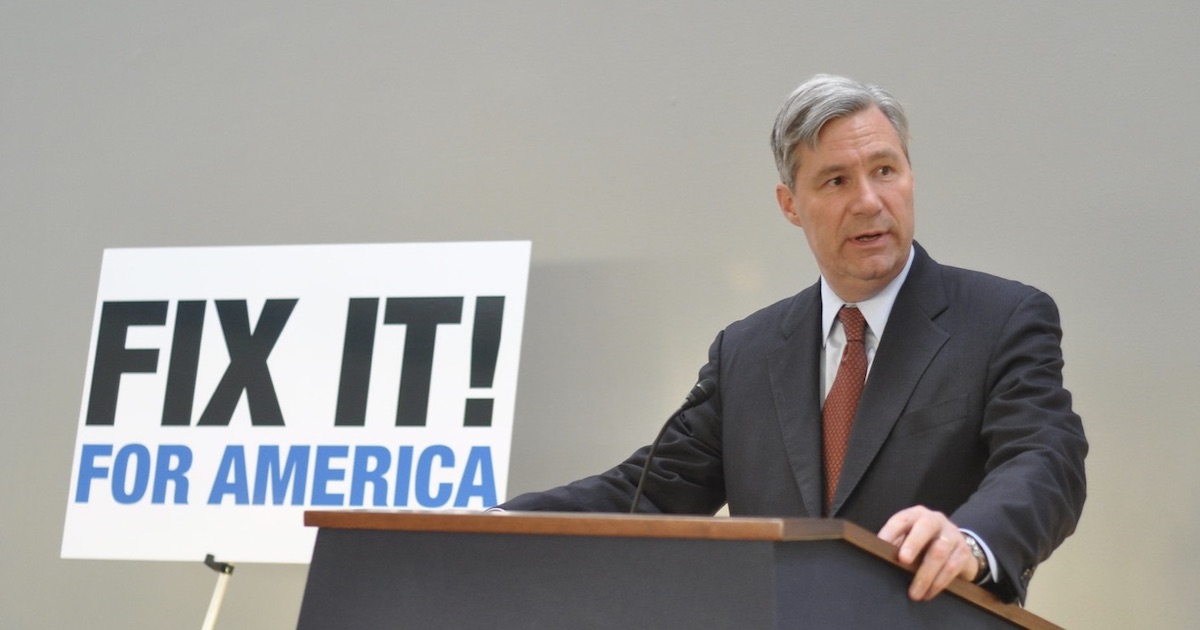 Are you now, or have you ever been, a member of the Federalist Society?

Senator Sheldon Whitehouse has characterized Supreme Court nominee Judge Amy Coney Barrett as “a judicial torpedo” aimed at left-wing holies such as Obamacare. And the primary reason he feels he can make such a callous remark seems to be that she was a member of and has remained affiliated with the Federalist Society, a group the senator has wrongfully demonized for years.

Rather, it is Whitehouse’s grim attempt to silence a lonely voice of dissent in the left-leaning legal world that is the “dark” force threatening to systematically and relentlessly dismantle our limited government for a free and unmuzzled people.

Scott explains that the nearly 40-year-old Federalist Society “was established in response to the increasingly left-wing bias of the American Bar Association.” Like its counterpart, the Federalist Society holds conferences. It stands apart because its membership invites opponents to its events “so that a spirited exchange occurs, rather than an intellectually monochromal pep rally.”

Yet Whitehouse, who referenced the group during Barrett’s confirmation hearings as part of a dark cabal influencing appointees such as the judge, “has set out to destroy an organization for the sin of disagreeing with him and for its support of judges, professors and other legal actors who subscribe to a thoroughly reasoned and wholly reasonable reading of the law and the theory of government.”

And Scott says the senator, who has already suggested that sitting judges not be permitted to associate with the Federalist Society, offers an illogical preferred response:

His solution to this asserted threat to democracy is transparency and disclosure. But these are odd conclusions and solutions to be put by such a man in such a statement.

For in his partisanship, Whitehouse does not stop for a moment to transparently consider or evenhandedly disclose the relationships between left-leaning deans, professors, and judges with leftist donors and influencers. He hasn’t canvassed the country or even made even a cursory effort to disclose what the left is up to.

In his canned shriek of manufactured horror at the spending by those on the right for the advancement of their legal theories, he does not stop to dissect the massive amounts of money that George Soros alone has spent to install far-left district attorneys who have in this riot year demonstrated their hesitation to enforce the law against “mostly peaceful” rioters and arsonists with whom they sympathize.

In short, it’s his way or the highway. It’s not far removed from the left’s overall fear throughout the Barrett nomination that President Donald Trump, in exercising the powers given to him by the Constitution, is guiding the judicial branch toward a more faithful adherence to the words of the founding document’s authors rather than the interpretations and extrapolations of the liberal judges and justices they are now replacing.

It’s kind of like what the Federalist Society advocates. Maybe not what Whitehouse wants, but certainly quite legal. That’s obviously why the opposition is so fierce.

To read all of the Scott’s commentary – “Sheldon Whitehouse’s Obsession With the ‘Dark’ Federalist Society is Out of Place” – click here.