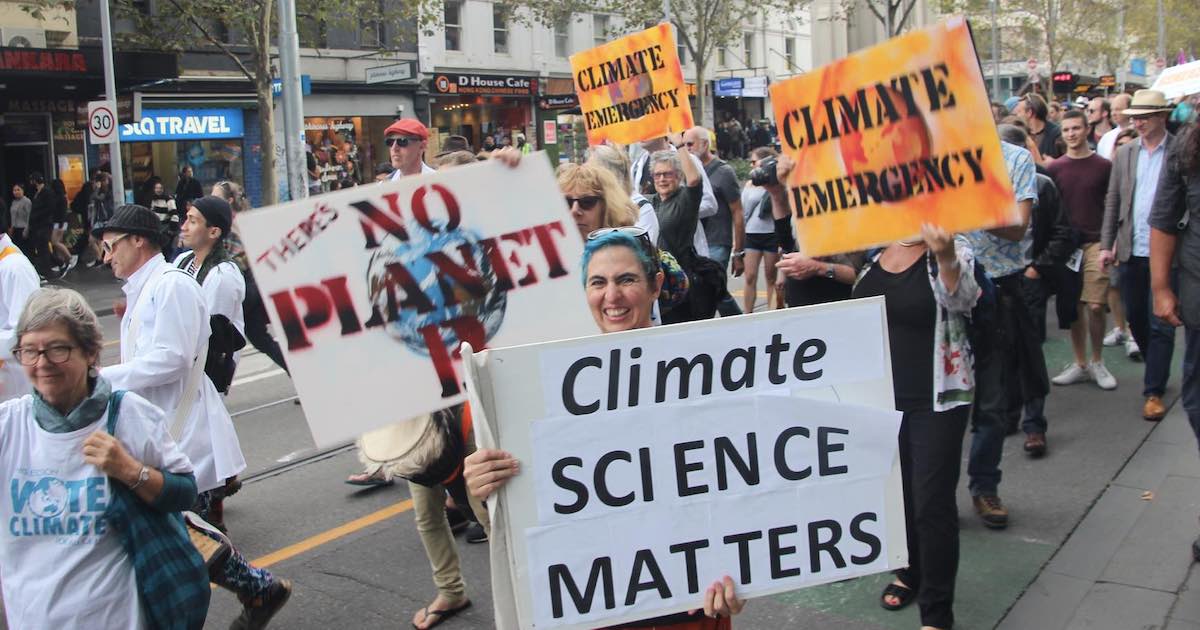 Members of the British artistic elite – including actor Benedict Cumberbatch, author Neil Gaiman and Spice Girl Mel B – have at least acknowledged their conspicuous high-carbon lifestyles in pursuit of their craft. In an open letter to the media, they plainly admitted that “our lifestyles will keep causing climate and ecological harm.” Yet they have brushed off doing better in order to simply use their “profiles and platforms” to tell others what to do instead.

In a Townhall commentary, Scott Shepard – the deputy director of the National Center’s Free Enterprise Project – uses this example of hypocrisy to make a similar point about how the American business community should weather pressures to adopt items of the left’s “environmental, social and corporate governance” (ESG) agenda such as voluntary restrictions related to climate issues.

“The signees made no commitment to stop their carbon creation, or even to slacken it,” Scott notes about the Brits’ open letter. “Their voices, you see, are so powerful that by raising awareness about this coming tragedy, they earn the right to use as much carbon as their art requires.”

The celebrities’ prescription for what others must do is not so good. According to Scott:

These treaders of the boards – while bravely parroting the overdramatic company line of their industry – were not so brave as to state clearly the implications of their adopted policies: that those without divine dramaturgical powers would see their living spaces, travel opportunities, and modern comforts dramatically limited. Billions could even face starvation as economic productivity collapses.

When it comes to climate politics in general, policymaking has become muddled by both emotion and hubris:

“Climate science” has morphed into religion for its adherents. In real scientific endeavor, no one accuses others of “denying the science” simply for building models that weigh inputs differently than those of the true believers, or who derive different policy proposals from the available science. There’s no space in real science for charges of blasphemy.

The climate, meanwhile, is a very complicated system, with many inputs that could have many potential – and interrelated – effects.  Any models that purport, scientifically, to suggest what effect rises in CO2 levels will have over time, and then what effect will arise from reductions in levels over some other period, will necessary produce possibilities, ranges, and likelihoods of contrary outcomes. They will not produce definite and simplistic results, such as “we only have X more years to save the world, but if we cut CO2 by Y amount in Z years, we definitely will save the world, and so we have to do that and nothing else.” Those asserting such nonsense are charlatans, not scientists – however shrilly they might shriek, or artfully they might swan about. In a new National Policy Analysis – “Honest Climate Policy is Hard” –  Scott lays out the “questions that competent policymakers must ask themselves on the way to setting climate policy.” These are obviously much more than can be encapsulated in a slogan, and must consider factors such as faulty climate modeling, economic effects of regulations, whether those regulations would be effective and whether the rest of the world will legitimately follow an American lead.

When it comes to the demands made on corporate America, it’s an even trickier needle to thread as CEOs must anticipate lawmakers and bureaucrats:

They have to consider all of the policy issues that the real policymakers have to weigh, and then have to gauge the likelihood that those policymakers are going to reach the same conclusions as corporate leaders, and whether they are likely to steer the same course through the relevant timeframe, or to switch strategies. They’ll have to guess whether formal governmental commitments, such as signing the Paris Agreement and subsequent accords, are for real, and will result in real carbon reduction worldwide, or are instead meant for public consumption, and will cloak full-speed production without much regard to real carbon reductions. (The current evidence very much suggests the latter conclusion.)

Scott thus concludes that corporate America cannot justify jumping on the ESG bandwagon on climate change, because the issue’s expensive ambiguities run afoul of a public traded business’s fiduciary responsibility to its investors.

“Climate policy tends to make dummies out of most parties who have a quasi-religious, rather than a scientific, relationship to field,” Scott writes, “both on the boards and in the boardroom.”

To read all of Scott’s Townhall commentary – “When It Comes to Climate Science, Benedict Cumberbatch is No Sherlock Holmes” – click here. To read his National Policy Analysis – “Honest Climate Policy is Hard” – click here.