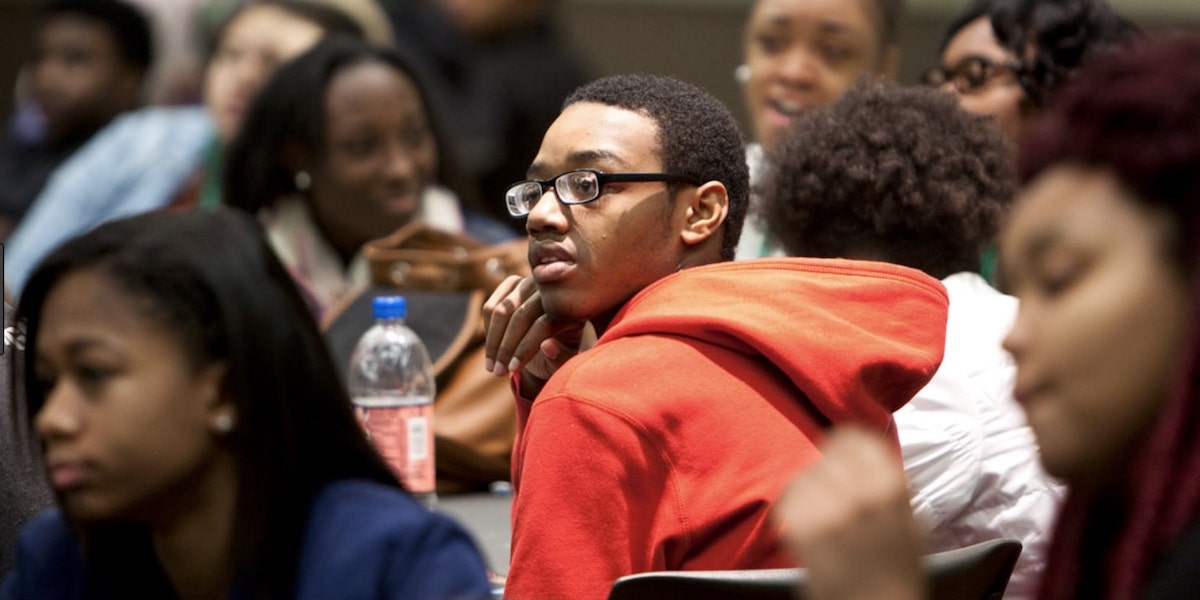 28 Dec 2020 College Education: The Art of Indoctrinating Students to Leftism

ConservativeBlog.org
Posted at 11:52h in Blog, Featured by Davis Soderberg

Once upon a time, young adults would venture from the supervision of their parents to an institution where free speech, debate, and unbiased education flourished. They would embark on a journey that would groom them to be the strong future leaders of tomorrow.

Who remembers these days? I sure don’t.

As a recent graduate from a public university, I have never been more convinced that these institutions aggressively try to persuade the student body that liberal ideologies and left-wing governance are the way forward. I often sat in lecture halls generating conservative counterarguments to my outspoken liberal classmates, yet remaining silent in fear of what I would be called or how I would be perceived.

With the rise of cancel culture, conservatives increasingly find themselves being called racists, sexists, bigots, and other demonizing terms whenever they take right-leaning positions, and especially when they support the policies of President Trump. Not only do conservative students remain silent because of fear of the woke student mob, they also recognize that a large majority of the professors are ideologically against them. Thus, the silence of conservative students only makes those on the left move further to their side of the political spectrum. Liberal students rarely hear an argument from the other side, and on the unique occasion that they do, they consider that belief radical because it is so foreign to what they are used to hearing.

There is no shortage of studies proving that college campuses have become increasingly liberal and have played into viewpoint discrimination resulting in a complete overhaul of conservative values. One study, conducted by The Conversation at the University of North Carolina, asked students how many times during the semester they kept a sincere opinion to themselves because they were worried about the consequences of expressing it. The results demonstrated a massive liberal/conservative divide: 23% of self-identified liberals said they censored themselves at least once, while 68% of self-identified conservatives did so.

The Conversation also surveyed thousands of students at 116 U.S. colleges about their shifting attitudes toward the competing sides of the political spectrum. In 2019, nearly 70% of students said that they developed an increased positive attitude toward political liberals and 42% said the same about political conservatives. In 2018, however, the more favorable attitude toward conservatives had been at 50%. This ultimately demonstrates that leftism is more likely than conservativism to become favorable during a student’s tenure, not because of scholarly arguments, but because of the never-ending biases to which students are vulnerable.

Additionally, a Higher Education Research Institute (HERI) survey of nearly 1,600 higher education institutions nationwide founded that the percentage of faculty that identifies with the left far outweighs those who identify with the right, and the discrepancy has only widened over time. In 1989-1990, when HERI first conducted this survey, 42% of faculty identified as being on the left, 40% were moderate, and another 18% were on the right. Almost three decades later, in 2016-2017, HERI found that 60% of the faculty identified as either far left or liberal compared to just 12% being conservative or far right.  In just thirty years, the discrepancy of the liberal to conservative ratio among faculty has doubled, from 24% to 48%.

Professoriates have lunged heavily towards leftist ideologies in recent decades and are ultimately influencing the student body to do the same. These studies provide statistical proof confirming the trend toward leftism on colleges campuses and no evidence of it slowing down.

Beyond the statistical studies, individual cases demonstrating this woke leftism are becoming more and more prevalent.

Texas A&M sophomore Dion Okeke was told that “Student Conduct Code charges were being brought against him.” Okeke’s violation? He had placed Trump signs around campus prior to the election, which turned out to be in full compliance with the university guidelines.

Similarly, Harvard University students wrote to campus officials demanding that Trump administration members be preemptively barred from the Ivy League campus. The students asked President Lawrence Bacow to push for a “system of accountability” for “high-level political appointees and Trump Administration consultants before they are invited as fellows or to teach or speak on campus.” At the same university, supposedly one of our nation’s top academic institutions, political science professor Pippa Norris openly preached that the Republican Party threatens democracy.

The woke influence has even stretched off campus at Boise State University in Idaho. A new small coffee shop near the university was recently forced to close in response to student complaints about the owner’s pro-police views and for having a Thin Blue Line flag on display. In a meeting with campus administrators, student government representative Ryann Banks argued: “This company is going to encourage this type of behavior on campus and attract those types of people to our campus. It should not be up to marginalized students to fix this. It is up to the administrators to fix this…[T]his is unacceptable and should have never happened.”

Additionally, The University of Oklahoma College Democrats demanded that Ann Coulter’s campus speech be cancelled in November “to protect the well-being of the community.” Club President Anna Hayes urged “all members of the OU community to stand together against any representation of hate or bigotry” on campus.

The threat of being called hateful and bigoted naturally silences those who find their viewpoints disfavored by the campus majority. This absolutely diminishes what college campuses are supposed to be: open arenas of speech and ideas to advance debate and learning.

If conservatives remain silent, leftism advances and becomes mainstream. If conservatives speak up, they are demonized and placed in categories of right-wing extremism. The core attribute of learning – debate – is under attack in the one place where it MUST thrive: university campuses.

This cannot become the norm of college academia.