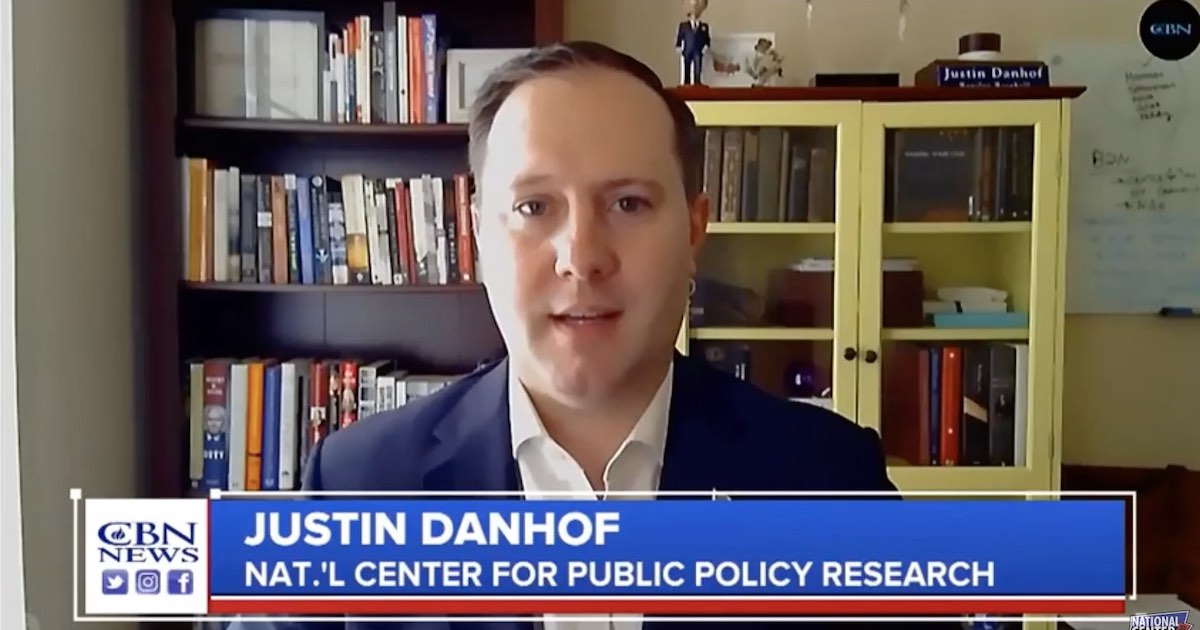 Between acquiescence to the incoming Biden-Harris Administration agenda and a backlash over perceptions about the U.S. Capitol breach, Big Business is acting as a muscle for the political left in perhaps the most high-profile examples of bias ever exhibited.

For example, several corporations now plan to reassess how they will make future political donations. In an immediate move, they are cutting off support for lawmakers who have challenged recent election results. And, of course, countless numbers of social media accounts are being restricted or eliminated altogether because they are deemed politically incorrect by system administrators.

In an interview with Heather Sells of CBN News, Free Enterprise Project Director Justin Danhof, Esq., said: “I see this as a double standard.”

He explained the hypocrisy:

All of us condemned the violence that happened in the Capitol…

But where – exactly where – were these moral companies over the summer when Kamala Harris and others were encouraging the [Black Lives Matter] protests that attacked over 150 other federal buildings [and] caused damage to private businesses all throughout America?

When liberal politicians were egging those protests on, these soulless, godless companies said nothing.

A close-knit relationship will develop between the White House and corporations over the next few years, Justin predicted. Once that happens, the roughly half of the population that didn’t vote for liberal leaders will likely find themselves out in the cold and without a voice:

I think we’re going to see a similar pattern to what we saw under the Obama Administration, where Big Business teams up with Big Government to grow.

And at this time, and in this day and age, that growth is going to be to continually suppress conservative thought, conservative groups and conservative individuals.

Discussing the growing social media blackout of conservative opinion, Justin explained how this relationship between liberal ruling politicians and Big Tech will work:

[I]t’s hypocritical. Facebook itself, a few months back, blamed itself for violent rhetoric on its own platform. But other tech companies didn’t gang up on Facebook and kick them off the Internet.

And there’s a parallel here because there were calls by high-ranking liberal political officials here in the United States to remove President Trump from Facebook and Twitter and Instagram – and those were then acted upon.

Justin called Big Tech an “oligarchy” that is acting against free speech to such a degree that even the left-wing American Civil Liberties Union (ACLU) is beginning to become alarmed – in a move back toward its original mission.