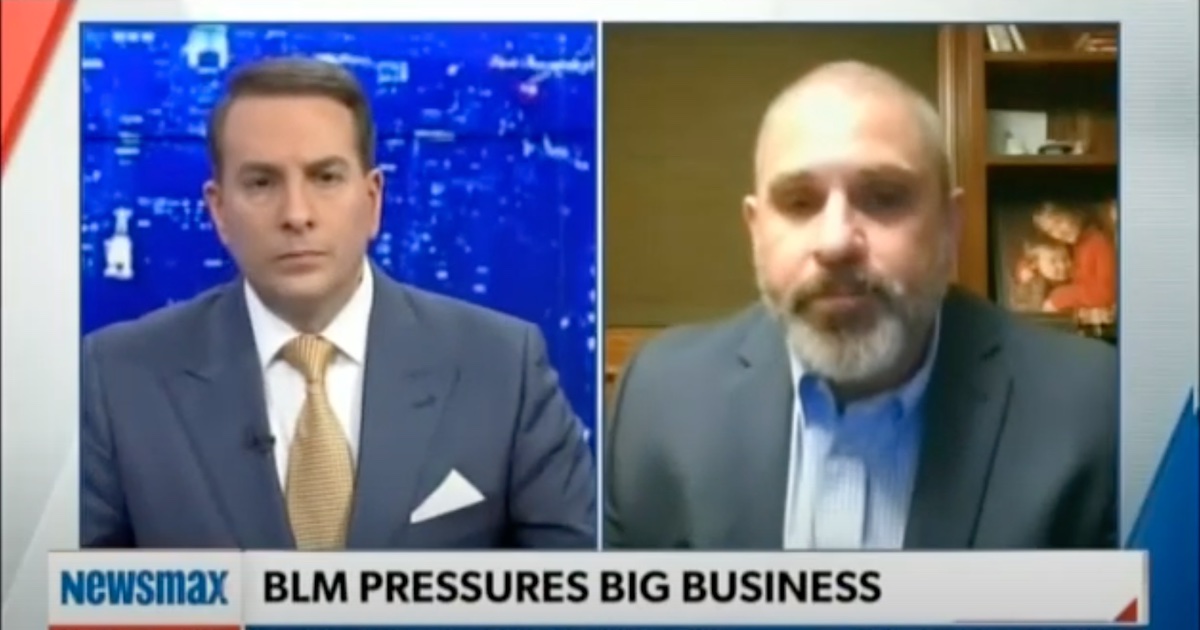 Stephen Soukup — one of the nation’s leading experts on the intersection of politics and business, and author of the new book The Dictatorship of Woke Capital — recently appeared on Newsmax to discuss corporate America’s march to the left on an ever-expanding array of environment, social, and governance (ESG) issues.

In a wide-ranging discussion with news anchor Tom Basile, Soukup explained that leftwing pressure on corporations is applied in three directions:

Soukup explained that these paths toward corporate leftism have continuously strengthened over the past 30 years. Through these three avenues, corporate management has either fallen victim to fear of cancel culture backlash or has viewed this push as an opportunity to enhance its own decision-making power.

Cancel culture and the woke mob have only increased businesses’ vulnerability to the social pressure to enact leftist ESG policies. CEOs and board members who may disagree with the initiatives of this movement nevertheless protect themselves by giving in to the demands of employees or outside influences. At the same time, leaders who do believe in stakeholder primacy for the purposes of leftwing activism are more than happy to embrace both the pressure and the desired outcomes, because the stakeholder model gives them more discretionary power to achieve their own social and political desires, which would otherwise be beyond their reach as managers of companies for the benefit of owners/shareholders.

Liberals are fully aware that their cancel tactics and woke influence are effectively increasing their control over CEOs of all private political persuasions. Boycotts have become one of the leftist mob’s favorite tools, controlling corporate managers by threatening financial and social backlash. In the case of the Facebook Ad Boycott in the summer of 2020, outside liberal influences pressured hundreds of the nation’s top companies to remove ads from Facebook until the social media platform instituted new rules combating alleged “hate speech.” The woke mob’s enormous amount of decision-making influence is an alarming reality that is crippling the business sector.

Soukup’s new book focuses on the outside pressures facing companies, dissecting those pressures and their effects to help readers better understand the threat. The Dictatorship of Woke Capital provides a wonderful roadmap to understanding the topic, highlighting specific examples and thoughtful suggestions about ways to counter the movement.

Soukup encouraged viewers to push back against the rampant growth of leftism in business by demanding more transparent decision-making and a return to traditional, shareholder capitalism. Shareholders should demand that their companies’ managers prioritize profitability and the long-term financial health of the companies while remaining politically neutral.

As we head into 2021 with a new progressive administration in the White House, the push for corporate leftism will only grow stronger. Shareholders must stand firm to protect their interests, which are also the interests most suitable to enhancing the prosperity of all in the workforce.

The Newsmax interview can be viewed here. The Dictatorship of Woke Capital is also available for pre-order on Amazon.