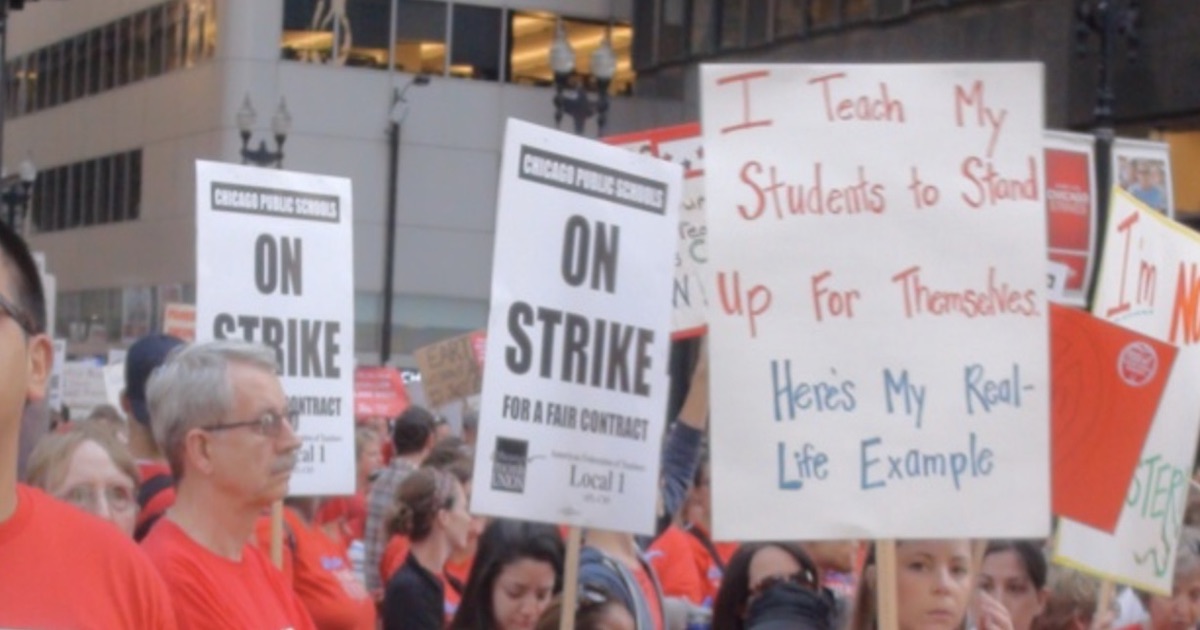 A right to work without being forced to join a labor union is on the chopping block.

The Biden Administration and liberal lawmakers on Capitol Hill are eager to use their dominance in Washington to water down protections against forced union membership in 27 states.

But the National Center’s Scott Shepard, deputy director of the Free Enterprise Project, points out that organized labor leaders might not want to become a ubiquity in the workplace lest their governmental nature forces them to become more accountable.

In a Townhall commentary, Scott notes that organized labor crippled the small town where he grew up because strikes drove out two major employers. In hurting the American economy at large, “lax union-driven work rules” lower quality while increasing the cost of doing business. “[U]nions benefit from hobbling performance,” he adds. “It’s the slow and slothful who benefit from union insistence on slower production and protection against dismissal for incompetence.”

This workplace environment keeps members “following the union line,” creating the vicious cycle that has allowed foreign competition to create such a beachhead in the American economy.

In many ways, what organized labor has been doing for decades is akin to what is now being employed by the woke mobs through cancel culture:

Workers may have complaints about their employers, but at least the people who run companies have running the company as their chief focus (or at least, they did in the days before woke). But union bosses’ whole power and “value” comes from their ability to control and corral “their” workers, which is their highest priority. So they demand serious conformity, and pay a lot of attention. Subbing in an attentive and venal master for a distracted and largely disinterested one isn’t an improvement.

In the U.S. House of Representatives, the “Protect the Right to Organize [PRO] Act,” which passed in the last session of Congress, is back up for consideration. It creates a means to “override” state right-to-work laws and increase union power. And the nomination of former union boss Marty Walsh to be Biden’s secretary of labor suggests there will be no complaints from organized labor over the next few years about what’s coming out of the nation’s capital.

But could this push for more power come back to actually hurt the unions? Scott explains that “[a]n organization that you can’t opt out of and to which you must pay taxes [dues] lest it take your job away from you is – no question about it – a government.”

And with this new power, Scott writes, comes responsibility:

Mandatory unions are arms of the government, and can and should be regulated as governments. This would mean open accounting, total transparency and aggressive oversight. And it would mean applying to unions all the rules that have been applied to corporations. (How about limiting the pay and benefits of the highest-compensated union leaders to six times those of the least well-paid workers? Or applying freedom-of-information laws to all union documents?)

To read all of Scott’s commentary – “America Can’t Grow Unless We Say Union No” – at the Townhall website, click here. ConservativeBlog.org / April 13, 2021
It’s a very simple question: “who watches the watchdogs?” Instances of the media appearing to take sides on things that are purely political – consider …
READ MORE

ConservativeBlog.org / April 12, 2021
In schools and workplaces across the nation, employees like those of the Manchester School District are engaged in sensitivity training that is steeped in “critical …
READ MORE
The National Center for Public Policy Research is a communications and research foundation supportive of a strong national defense and dedicated to providing free market solutions to today’s public policy problems. We believe that the principles of a free market, individual liberty and personal responsibility provide the greatest hope for meeting the challenges facing America in the 21st century.
Learn More About Us
Subscribe to Our Updates