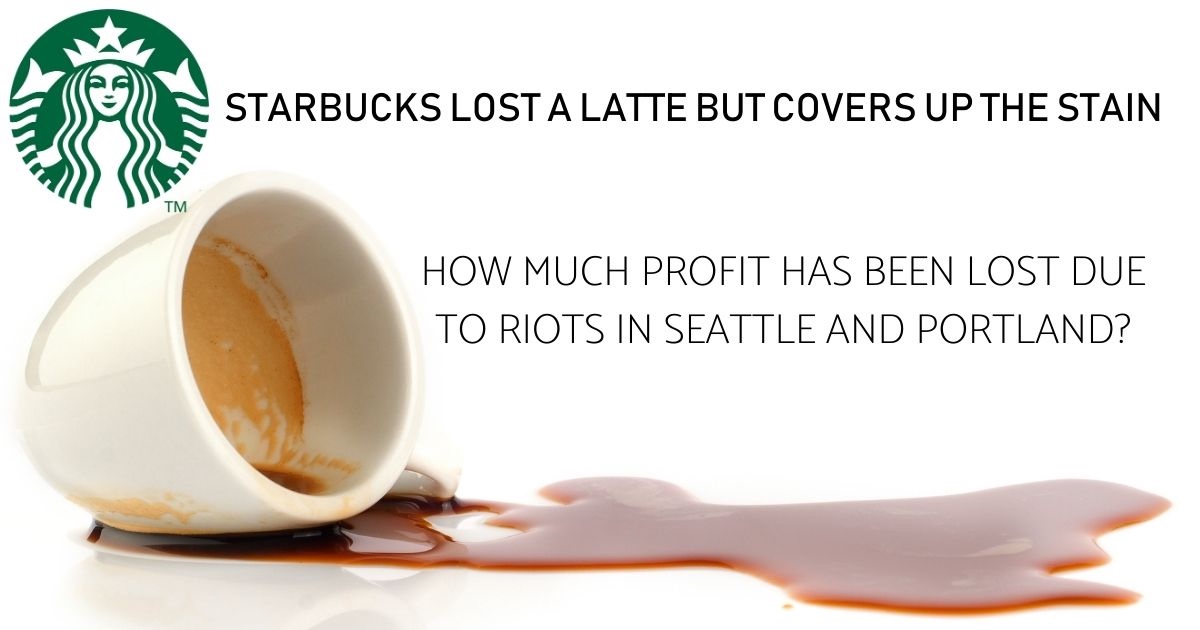 Washington, D.C. – Starbucks CEO Kevin Johnson dodged a question today from the National Center for Public Policy Research about the coffee giant’s financial losses due to protests and riots over the past year.

At the company’s annual shareholder meeting, held virtually this year due to the COVID-19 pandemic, a representative of the National Center’s Free Enterprise Project (FEP) submitted this question to Johnson:

How much have been Starbucks’ losses as a result of the protests and riots that began in 2020 and that continue into 2021, particularly in Seattle and Portland?

“Johnson’s failure to address our question is hardly a surprise, but his silence carries dark portents for shareholders, indicating anew that the company has placed politics far above good business practices,” said FEP Deputy Director Scott Shepard. “Careful investors must wonder if Starbucks remains a responsible business that can be trusted with their assets.”

Several months ago, FEP submitted a shareholder proposal for consideration in today’s meeting, but Starbucks successfully petitioned the U.S. Securities and Exchange Commission (SEC) to block it.

“The company is contributing large sums to groups that actively participate in the protesting and rioting that has cost Starbucks so much, and that demand sweeping change in the economic and social structures that are required for economic growth and social harmony — and thus for Starbucks’ success,” Shepard continued. “But in response to FEP’s effort to place a question about Starbucks’ charitable giving on the ballot for this meeting, the company fought tooth and nail, even asserting to the Securities & Exchange Commission that shareholders like us, who dare to espouse policy positions different than the company’s, should be barred from submitting any shareholder proposals at all.”

Starbucks locations have been vandalized several times over the past year during riots triggered both by the death of George Floyd and by the inauguration of President Joe Biden.

“In the wake of the violent Black Lives Matter (BLM) protests over the past year, I’ve found it increasingly odd that Starbucks gives large amounts of money to organizations that have contributed to the rioting and looting, including vandalism of Starbucks locations. With a quick Google search, shareholders can find videos of Starbucks shops being destroyed by ‘protesters,’” said FEP Associate Davis Soderberg, who attended the virtual meeting today.

“Johnson has turned a blind eye to the matter and has given in to the woke mob’s pressures to support such a movement, while simultaneously abandoning the company’s shareholder owners. As was apparent in the meeting today, Johnson still refuses to acknowledge the truth. He cares more about playing politics than helping to advance shareholder interests.”