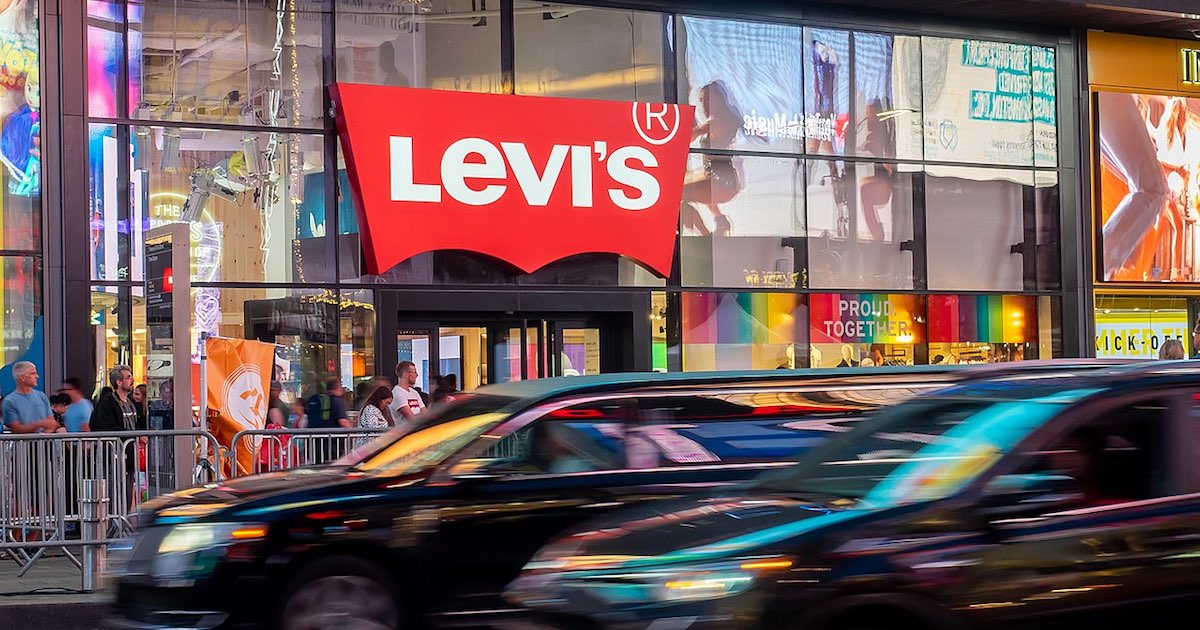 Washington, D.C. – In response to a question from the National Center for Public Policy Research’s Free Enterprise Project (FEP), Levi Strauss CEO Chip Bergh today repeated – but could not defend – his claim that voter integrity laws in Georgia and other states are racist.

CEO Chip Bergh has said that the Georgia voter-integrity legislation is “racist, [and] represent[s] a significant step backwards for us in the United States.” Can you, Mr. Bergh, explain specifically how requiring voters to show ID in order to avoid fraud is racist, and also your timeline for ending all Levi-Strauss requests for ID from job candidates, employees, visitors to your facilities, and attendees at your annual shareholder meetings, in conformance with your race-based claims?

I think it’s important we step back, because I think there are some things that all Americans should be able to agree on. First and foremost, that voting is not a partisan issue, but it’s an American issue, that the right to vote is central to democracy. I like to say, “democracy only works if every eligible voter votes.” And we must come together as a country to protect that right. Democracy needs to work around a free, fair and equitable assess to the polls…

The 2020 election had the most Americans vote than any prior election. And it had the highest percentage of eligible voters voting in 120 years. And, definitely, it has been one of the safest and most secure elections in the history of voting in this country. Any step backwards is a step away from democracy…

Right now, there are more than 350 bills moving in 47 states that are designed to restrict voting access. These bills are racist and undemocratic. (And by the way, I’ve never said anything about voter ID.)

So we are focused and join with more than 170 other companies in signing onto business statements with the civic alliance, calling on lawmakers around the country to set aside partisan politics and work together to pass laws that make voting safe and accessible to everyone. And we’re supporting federal legislation like the “John Lewis Voting Rights Advancement Act” to ensure that all voters can participate in their democracy free from discrimination.

Soderberg’s question and Bergh’s full answer can be heard here.

“Bergh, in typical woke fashion, has made the baseless claim that Georgia’s election integrity bill is ‘racist,’” noted Soderberg. “Yet Bergh claims he has never objected to voter ID requirements, which means that isn’t the part of the legislation he believes is racist. So what part is? He failed to answer this simple question. We at FEP continuously get answers from business executives that are polluted with corporate jargon that makes their responses sound adequate, when in truth they fail to answer our difficult but straightforward questions. Bergh’s evasions today provide another example.”

“Bergh’s claim that state laws to protect voting integrity are racist is as incendiary as his claim that the 2020 election was one of the cleanest in history is absurd,” added FEP Deputy Director Scott Shepard, who also attended the meeting. “If Bergh is going to make these claims, he has to be specific: just what provisions does he think are racist? He said today that he had not called the ID requirement racist, but that is the central provision of Georgia’s voter-integrity law, along with provisions to ensure that campaign supporters cannot attempt to bribe voters while they wait in line to vote, and that absentee ballots are cast by the voter to whom the ballot was mailed and no one else. The other key provisions expand voting.

“Bergh needs to be specific and defend his position, or he needs to go back to making blue jeans and leave off stirring up racial animosity at such a vital moment in our shared democracy,” Shepard concluded.

Today’s meeting marks the 8th time FEP has participated in a shareholder meeting in 2021. To schedule an interview with a member of the Free Enterprise Project on this or other issues, contact Judy Kent at (703) 477-7476.