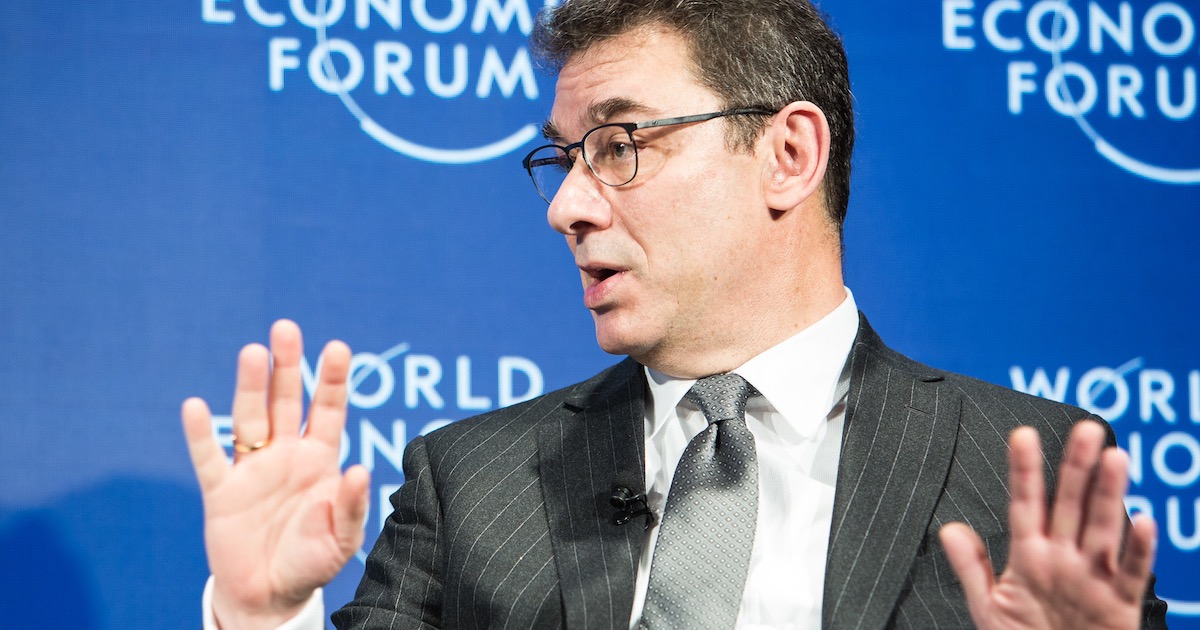 Pfizer has joined the rush to condemn Georgia’s voter-integrity law, a law designed to stop election fraud, as by requiring voters to provide ID. Could you explain in detail how requiring voters to show ID when they vote undermines any voting access or voting rights, and which other specific provisions of the bill you object to and why?

[O]ne of Pfizer’s values is equity…. [E]nsuring every American citizen’s right to vote… is fundamental to our democracy. I firmly believe that all eligible voters should be afforded equal access and opportunity to cast their ballots. I urge policymakers to remain true to this principle and to work to ensure the right to vote is never compromised. And, of course, also I want to take the opportunity to encourage our colleagues to be informed, to speak out against policies that would hinder free and fair elections and to fully participate in the electoral process.

Soderberg’s question, and Bourla’s full response, can be heard here.

“Pfizer is the next addition to the list of companies that have refused to thoroughly answer our question about why they believe the Georgia voter integrity law is racist or otherwise wrong. They simply refuse to give specifics,” said Soderberg after the meeting. “Pfizer CEO Albert Bourla, like many other business executives who can’t effectively defend their claims, calls for ‘equity’ and an effort to ensure ‘every American citizen’s right to vote’ without pinpointing how this legislation undermines those notions. Bourla went so far as to say: ‘We are not taking a position… on specific laws.’ It’s blatantly clear why they aren’t taking a stance on specific laws they deem racist, because their accusations are baseless and there is no provision in the bill that could satisfy their race-based claims. Corporate leaders continue to point to racism where there is none.”

“We’re delighted to see that Pfizer appears to have backed off earlier reported opposition to the Georgia voting integrity law,” said FEP Deputy Director Scott Shepard, who also attended today’s meeting. “Requiring proof that votes are legitimately cast by actual voters is absolutely vital to the survival of our Republic. Allowing fraudulent ballots is just as corrosive to the rights of legitimate voters as are any other bars to free and honest voting. Nothing in the Georgia law, or in other protections being discussed across the country, is in any way objectionable. It’s good to see that Pfizer now agrees.

“At shareholder meeting after shareholder meeting this week, we have seen that companies that had rushed to condemn Georgia’s law are now retreating or petulantly repeating generalized talking points without being able to identify any single provision that triggers their objections,” Shepard continued. “This has been a vital demonstration of the dangers, risks and errors of ‘woke’ capitalism. Calling a state’s voting laws illegitimate, and even racist, is a really big deal. It is not a move that competently run companies would rush into given the risks of embarrassment, of alienating key stakeholders and of demonstrating their incompetence beyond a narrow focus on the businesses they run.

“If Pfizer has been misidentified as having opposed the Georgia voter law, it should say so plainly,” concluded Shepard. “If it was properly identified, and now has backed off, it still owes the people of Georgia an apology for the ways it has libeled them. And if the company is trying to stake out the untenable position that no provision of the bill is objectionable, but that the bill itself is still somehow wrong, then it should be ashamed of itself and shareholders should be disgusted with Pfizer’s executive management. Regardless, the company should rethink its commitment to knee-jerk reactions to profound civic issues.”

Today’s meeting marks the 9th time FEP has participated in a shareholder meeting in 2021. To schedule an interview with a member of the Free Enterprise Project on this or other issues, contact Judy Kent at (703) 477-7476.