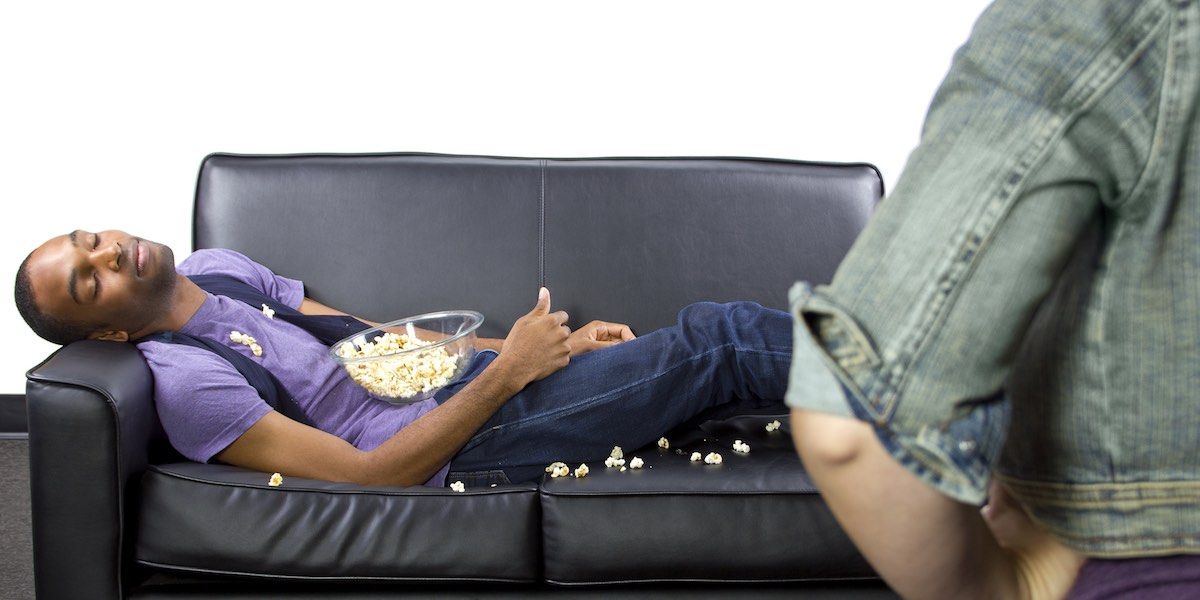 31 May 2021 Hard Work, Competition and Self-Reliance: Martyrs in the Quest for Equity

ConservativeBlog.org
Posted at 00:08h in Blog, Featured by Davis Soderberg

This may sound familiar to T-ball and soccer parents, but sadly this type of coddling – promulgated solely on the avoidance of disappointment or defeat – has burrowed deep into the most important institutions in American civil society. It, and the premises behind it, sacrifice elements vital to American exceptionalism and opportunity, in exchange for comfort and an illusion that everyone should be equally successful at everything, and that the only reason why one wouldn’t succeed perfectly is because they are a victim of “systemic oppression.”

How depressing an ideology. How destructive to the American Dream, and to the genuinely successful pursuit of happiness.

Hard work, competition and self-reliance are particularly American, and have been central to our culture – and especially to our capitalist economy – throughout the 250-year history of the United States. It’s part of the reason our country is more prosperous, has a higher standard of living, and has taken more people out of poverty than any other significant nation-state in world history. But recently these qualities have been sacrificed by our government leaders, corporate executives and school administrators amidst calls for equity (not equality under the law).

The United States government is spending trillions of taxpayers’ dollars on welfare handouts that de-incentivize citizens from getting jobs.

The University of California-Berkeley (among many others) is no longer reviewing test scores for school admissions.

The Virginia Department of Education attempted to eliminate advanced math classes to enhance equity and inclusion.

Critical race theory is poisoning our youth and guiding our armed forces.

Corporate boardrooms are more worried about the color of one’s skin than the quality of one’s contributions.

And capitalism is under attack, especially as so many next-generation Americans have falsely been taught that it is an evil and selfish economic system.

What do every one of these developments have in common? They make the act of hard work fruitless.

Why work if the government will save me? Why study for this test if it won’t help me get into college? Why advance my math skills if it won’t set me apart from my classmates? Why work to get ahead if the country I live in oppresses me because of my skin color? Why pursue challenging endeavors when I can chant “poor me” as others outperform me?

This lazy, crybaby rhetoric and victimhood narrative are death blows to a thriving society.

How did we get here?

Many political thinkers, including Stephen Soukup in his new book The Dictatorship of Woke Capital, credit leftists’ “long march through the institutions.” This march began after World War II in Europe as the Marxist-influenced Frankfurt School began to poison academia. Gradually, over the course of nearly 70 years, this left-wing collectivist ideology infiltrated our homeland.

Universities, Hollywood, big business, the Big Tech oligarchy and the mainstream media have each fallen victim. The “long march” is not merely a made-up political fantasy, but a reality, and it showcases a scary trend toward dismantling the very institutions that have made our nation so special.

Yet of everything that radical leftism and wokeism seek to dismantle, there is one American attribute that I fear is most gravely in danger: the capitalist mindset.

One of the left’s secret formulas to winning the “long game” is through controlling the academic curriculum. If you control what is taught in our schools, you control the way the next generation of Americans think. It is not a coincidence that so many college students today deplore capitalism, and are increasingly enthused by the prospect of a socialist America.

This thought process is sentencing to death the foundational drivers of the capitalistic mindset: hard work, competition and self-reliance.

Capitalism is not evil. In fact, capitalism has decreased human suffering more in the past few generations, since its inception, than anything else in the previous ten thousand years of human development.

Dissenters of a capitalistic society argue that such a system leads to greed and selfishness, and puts wealth into the hands of the few, creating informal caste systems. However there is one major flaw to this argument. The wealth obtained by an aristocrat in the caste system is not produced by market activity. A feudal lord is not required to serve consumers to hold his power, and he is not held accountable by the displeasure of the many.

A wealthy capitalist, however, has proven that he can provide a desired want of the masses (or his ancestors did and he’s the natural object of their benevolence). For him to prosper under capitalism, he must fulfill some set of genuine wants and needs for a sufficiently interested number of people in an efficient and cost-effective way. If not, a fellow capitalist who performs that duty more efficiently will take his position. This leads to one of our unique American qualities: competition.

When entrepreneurs and capitalists are aggressively working to produce the best product, each demands the best from the others, which in turn increases the quality and decreases the cost of the product for the masses. It lifts everyone up. When we fear competition purely because we are too emotionally fragile to handle defeat, we are both selling ourselves short and also hindering the effectiveness of our economic system.

And it is this fear of competition and defeat that leads so many next-generation Americans to find comfort in centralized programs and government-run economic solutions. They chant about income inequality and point to capitalism as the perpetuator, but don’t seem to understand that the redistribution of wealth from Big Brother will simultaneously make us equal and poor. Capitalism may widen income gaps, but it lifts the masses above where they would be under a redistribution system. Not to mention, there are zero historical examples of success among nations foolish enough to try socialism.

By banishing our capitalist mindset, we are abandoning a system of freedom and self-reliance. In a society that embraces centralized solutions, an individual’s life is fixed and constrained. One loses any kind of motivation to be the best version of oneself, and blame is easily cast to a systemic problem whenever inequities are found.

People underestimate how fundamental our capitalist system is to our liberties. The U.S. Constitution and the Bill of Rights don’t give us our freedoms; they merely set out rules to protect those freedoms from the state. A free-market system is one of the defining characteristics of a nation that holds individual liberties dear. Ludwig Von Mises, in his book The Anti-Capitalist Mentality, articulately describes this notion:

In the market economy people have the opportunity to strive after the station they want to attain in the structure of the social division of labor. They are free to choose the vocation in which they plan to serve their fellow men. In a planned economy, they lack this right…The individual depends entirely on the good graces of those in power.

Though Mises is describing a communist regime when he uses the term “planned economy,” and our nation is nowhere near the evil system of communism, don’t get complacent: The trend leftward is a slippery slope. As President Reagan famously said, “Freedom is never more than one generation away from extinction. We don’t pass it to our children in the bloodstream.”

Freedom under a capitalist system puts emphasis on the decisions of the individual, regardless of the cards that she was dealt at birth or throughout her life, and it provides her the opportunity – though hard work – to achieve her wildest dreams: the American Dream.

With everyone striving on this quest, there is an organic flow of competition that unconsciously benefits the masses, creating a better future for the population through innovation, creativity, better products and lower prices. Thus reliance on the government is minimized.

We must protect these precious qualities; they are the character traits that lead to the American Dream. When they cease to exist, our country will cease to be the beacon of opportunity on the world stage.