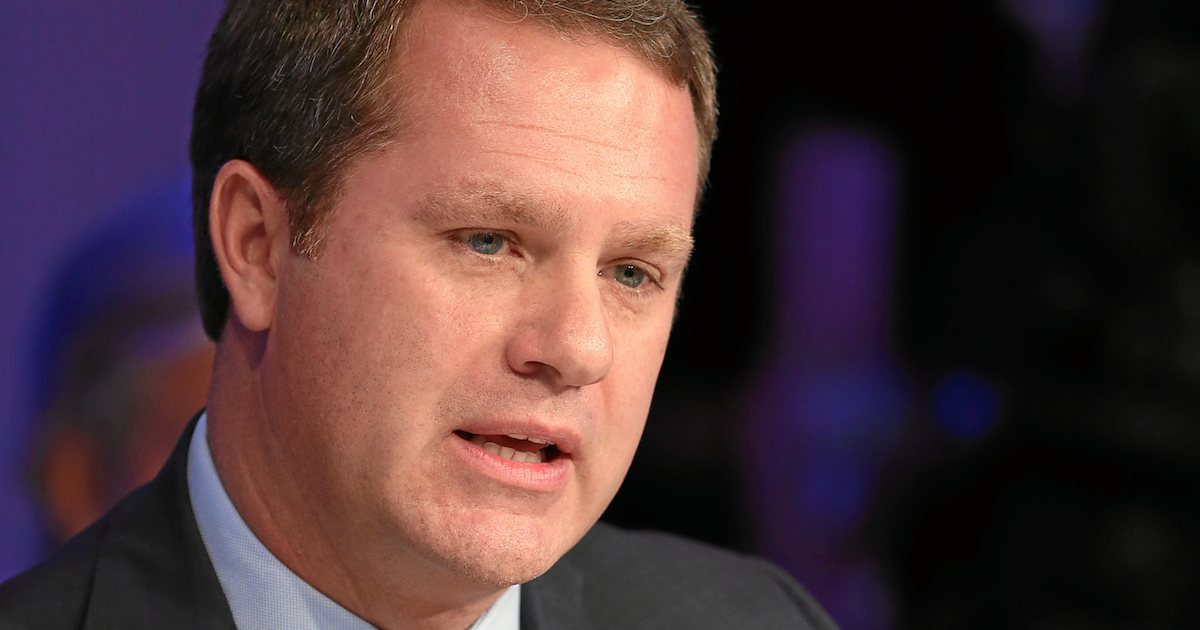 McMillon, who also serves as the CEO of Walmart, clarified this in response to a question submitted by the Free Enterprise Project (FEP) of the National Center for Public Policy Research at Walmart’s annual shareholders meeting. The question followed up on Walmart’s written response to a shareholder proposal presented by FEP earlier in the meeting.

FEP’s proposal, and Walmart’s written response to the proposal, can be found on pages 96-97 of the company’s proxy statement. FEP Deputy Director Scott Shepard‘s statement supporting the proposal can be read here and heard here.

During the meeting, Shepard also submitted this question:

Earlier in the meeting my organization submitted a proposal asking the Board to study the legal and other risks that would arise from making a genuine shift from shareholder primacy to so-called “stakeholder capitalism,” as many of the members of the Business Roundtable say was the purpose of its 2019 redefinition of the purpose of a corporation. Walmart’s opposition statement indicates the company’s understanding that shareholder primacy already includes appropriate concern for relevant stakeholders as urged by the Roundtable Statement. Would you then, as president of the Roundtable, say that the Roundtable Statement really did nothing other than to clarify the shareholder primacy standard that already existed? If not, could you succinctly characterize what the Statement did and did not do?

The company rephrased the question so that it read: “How does Walmart’s shared value philosophy align with the Business Roundtable’s Statement on the Purpose of a Corporation?”

Thank you for the question. When we made the change from a Business Roundtable Statement point of view, it was actually a bit of a surprise to me how the world reacted at that, because at Walmart – and I think at other companies to some extent – we had already felt like we were serving multiple stakeholders for quite some time. With our focus – particularly in 2004 and 2005 – shifting to environmental sustainability and social sustainability, we had broadened how were thinking about stakeholder capitalism. At that time we didn’t use that term, but that’s what happened.

So to me this comes down to mainly an issue of timing. If you have a really short-term view, it can be challenging to make choices that meet the needs of every stakeholder group. But if you look at it over time, you can see we’ve made choices to invest in price, or to do things for associates related to wages, or change a policy as it relates to how we interact with suppliers like our “Made in America” commitment. You can see us making choices related to the planet. All of those things form a mosaic over time that results in stakeholder capitalism, with every group being served to an extent. And that does take judgment, and there’s not an economic formula that I’m aware of that gives you an answer yet. So we weigh the needs of all the groups as we think about decisions, and try to create a system that benefits everyone over time.

The rephrased question and McMillon’s response can be heard here. Shepard’s original question, as submitted, can be read here.

Doug McMillon and Walmart today confirmed their understanding that the Business Roundtable’s “Statement on the Purpose of a Corporation” didn’t – and really was never meant to – change much of anything. This is a big deal because: (a) McMillon is the current chairman of the Business Roundtable and (b) other Business Roundtable leaders have publicly acted as though the Statement represented a sea change in corporate attitude and behavior, while quietly fighting all efforts by left-wing groups to put any teeth into the “stakeholder capitalism” that they claimed the Statement had inaugurated.

We are immensely grateful to McMillon for his clear and thoughtful clarification. We wish he would have a word with Larry Fink, Brian Moynihan, Alex Gorsky and the other self-anointed Masters of the Universe who lead the Business Roundtable, and let them know that their pose has worn thin.

Whether it was meant merely as a sop to activists or as an attempt to evade responsibility to shareholders and thus free corporate executives to act as petty tyrants, the Statement has failed as anything more than a recital of longstanding good intentions. Acting under any other assumption misleads shareholders and the general public, and tarnishes the reputations of firms led by those who claim otherwise.

Today’s meeting marks the 38th time FEP has participated in a shareholder meeting in 2021. To schedule an interview with a member of the Free Enterprise Project on this or other issues, contact Judy Kent at (703) 477-7476.