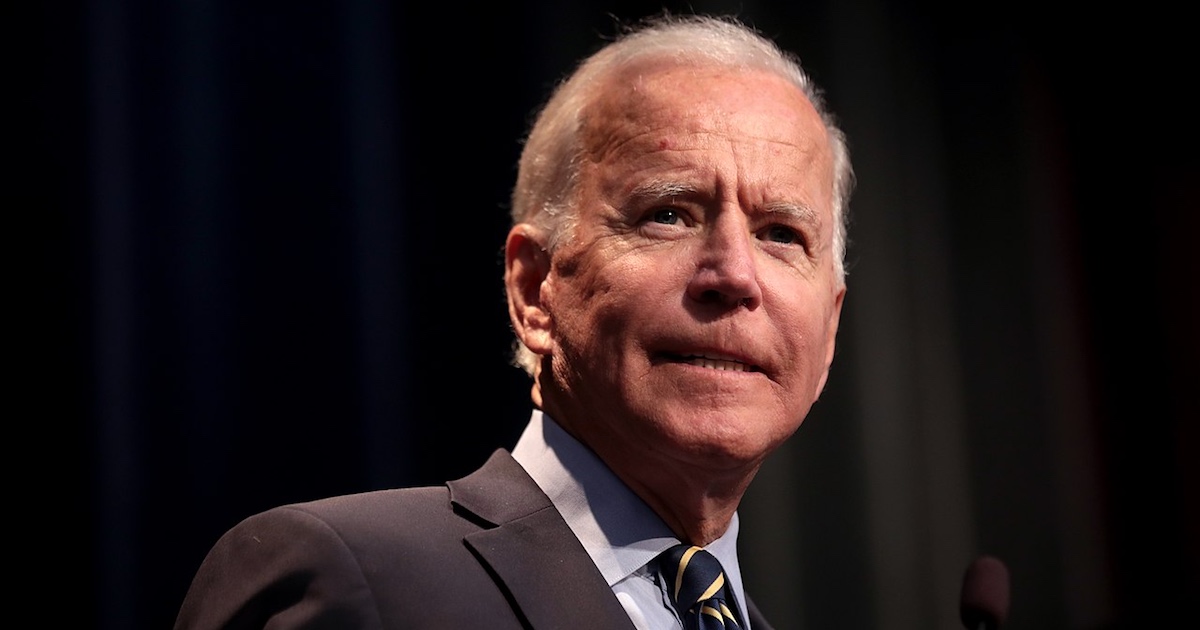 ConservativeBlog.org
Posted at 17:11h in Blog, COVID-19 by Davis Soderberg

Sure, after his first 6 months in office, he seems to have checked the first box. This is not entirely surprising considering his lack of cognitive sharpness.

Yet with Biden now running the White House, we are left with a far more dangerous leader. Reflecting on public policy enactment – which, unlike mean tweets, truly changes lives – what we are left with is a total reversal in both leadership styles and content. Donald Trump has an electric personality which has often caused a stir, but from a policy standpoint, he was far from a radical ruler. In fact, his policies, even with their populist flare, were generally consistent with a principled conservative agenda. In contrast, President Biden is nearing zombie status, but his agenda is viciously radical, making him far more dangerous and destructive to the nation.

This leads to the second promise, unifying a deeply divided nation. I believe that many voters were tricked by the introverted persona of then-candidate Biden. As Trump shouted at packed rallies, Biden remained enclosed in his own shell, quietly emerging from time to time. However weird, this tactic seemed to attract moderate voters because in a time of national crisis, Trump’s in-your-face attitude turned off many voters. Hence Biden seemed like the unifier, who could auger the return to “normal.”

But radical public policy, especially in the United States, is reliably the antithesis of unity. Even putting COVID-19 rules aside, we are left with trillions of dollars in spending, resulting in skyrocketing inflation (a hidden tax on middle- to lower-class Americans); an attempt to nationalize elections; the suffocation of religious liberties under the proposed Equality Act; wide-open borders and a push for mass amnesty; unprecedented calls for increased gun control legislation; taxpayer-funded abortion opportunities; and vast federal handouts which disincentivize citizens from returning to work, making it harder for small businesses to function efficiently.

This list could go on (eliminating the filibuster, adding seats to the Supreme Court, etc.), but the point is: Radicalism does not unify, it divides. Biden has failed to check the second-promise box.

This leaves us with the last promise: SCIENCE!

I think at this point, we are all sick of hearing the phrase “trust the science” because many implemented COVID-19 restrictions, mask mandates and lockdowns have made little to no sense, especially after seeing their evil side effects.

And despite the so-called return to science being a selling point for the Biden campaign, the new Nanny State regime is actually not following the science or doing what’s best for public health, but rather is making decisions injected with a desire for power, control and political gain.

The White House, Centers for Disease Control and Prevention (CDC), Capitol Police and left-wing cities such as Washington, D.C. have just announced a return to draconian COVID-19 rules. The Biden Administration is now forcing vaccinated staffers to wear a mask, in accordance with supposed groundbreaking research.

Additionally, it is mandating that all federal employees and contractors get COVID vaccines — and if not, they will be required to be tested on a biweekly basis, will have to socially distance from other employees and will not be able to travel for work. Basically, failing to obey the Nanny State’s commands will alienate you from the workplace and dramatically hinder your livelihood. Sadly, the Administration also asked the private sector to follow the same model.

These decisions are deemed to be for the “public good” of course, as every tyrannical decision over the course of human history has been. Power-hungry leaders always assure the citizenry that the decisions they make are to protect and secure safety. Stop believing this. Have we learned anything from the past year?

The same phrase was used to justify the White House colluding with Facebook to tackle so-called misinformation. Remember, according to President Biden, Facebook is “killing people.” C’MON Man! Free speech is forever destroyed if we accept the White House acting as the arbiter of truth.

I’d make the case that some of the main facilitators of vaccine and coronavirus misinformation are the same people running the regime that poses as the guardian of society.

For a White House that is so incredibly fixated, supposedly, on getting people vaccinated, its officials sure seem to be using rhetoric that would make getting the vaccine meaningless. The best way to convince people to get the vaccine is to promise them a return to normal life. This should be the case, considering the vaccine has been working wonders, which many see as a medical miracle.

Why did the White House decide to advocate for increase restrictions again? The data must have been overwhelmingly alarming to return to rules that we worked so hard to get rid of, right? In fact, at first, even the Washington Post (WaPo) and Yale Medical officials were flabbergasted by the lack of evidence being shown to justify the Administration’s decisions.

In a WaPo article entitled “CDC Reversal on Indoor Masking Prompts Experts to Ask, ‘Where’s the Data?,’” Gregg Gonsalve, an associate professor at the Yale School of Public Health, comments, “They’re making a claim that people with Delta who are vaccinated and unvaccinated have similar levels of viral load, but nobody knows what that means.” He continued, “It’s meaningless unless we see the data.”

The study finally surfaced. It was based on a Cape Cod beach outbreak over the 4th of July weekend. 882 people were tied to the outbreak, and among that group, 74% of them were fully vaccinated. However, only 7 of the 652 fully immunized were hospitalized. That barely breaks the barrier of 1%.

The number of cases is rising, yes, but the vaccine has been incredibly effective at reducing hospitalization and mortality rates, which should be the overall message coming from the White House. That is how you combat vaccine hesitancy. If public officials are now going to make decisions based purely on case numbers, regardless if hospitalizations and deaths are rising, we will never return to normal living.

The CDC has claimed that the viral loads in the vaccinated are similar to those of the unvaccinated, suggesting that they can transmit the virus at equal rates. However, the White House has yet to release the data to prove these claims worthy. Interestingly enough, even Lord Fauci has said there is not yet clinical data on what the high viral loads mean in terms of disease transmission.

Sadly, so many liberal governors, mayors and councilpersons bow at the feet of the nanny state and enforce similar policies to keep up with the current (political) “science.”

DC Mayor Muriel Bowser has decided to reinstate the indoor mask requirements in the District for everyone above the age of 2, regardless of their vaccination status. I thought these vaccines were effective (they are), but our leaders must think otherwise.

Let me get this straight… children as young as 3 have to wear a mask? According to the CDC website, 350 kids under the age of 18 have died from the coronavirus. This is a subgroup of 75 million people. That percentage is remarkably low.

The argument then becomes “but they could contract the virus and give it to the older demographics.” We have a vaccine that heavily reduces the chance of becoming severely ill from the virus, and it is available to any adult in the country who wants it. Why should we be forcing 3-year-olds to muzzle their faces to allow a 50-year-old who decided not to get the vaccine feel safe? It’s not a complicated notion.

This is about political gain and control.

Look no further than the border crisis where monthly crossings are at 21-year highs and millions of illegal immigrants have moved into our nation during the Biden Administration. Now, because Biden lifted the “Remain in Mexico” policy, these immigrants are released into the United States, and are being chauffeured to New Mexico, Colorado, other areas of Texas and so on. Many of these immigrants have not received the vaccine, are not wearing masks and have not been tested.

Why is it that vaccinated Americans must wear a mask while illegal immigrants crossing the border are getting a free pass? There must be a common factor linking the two. Well, increasing restrictions on the American people adds power and control for the nanny state, while massive illegal immigration numbers and a push for amnesty would add voters to the liberal cause.

Biden, a self-proclaimed man of science, has failed to check the third-promise box.

With what does this leave us? Have we approached the point of no return, where civil disobedience is our only choice? Well, maybe. As the great Thomas Jefferson once said, “If a law is unjust, a man is not only right to disobey it, he is obligated to do so.”

We still have over three years left of the Biden Administration. We cannot allow this nonsense to continue and to have our freedoms ripped from our hands.