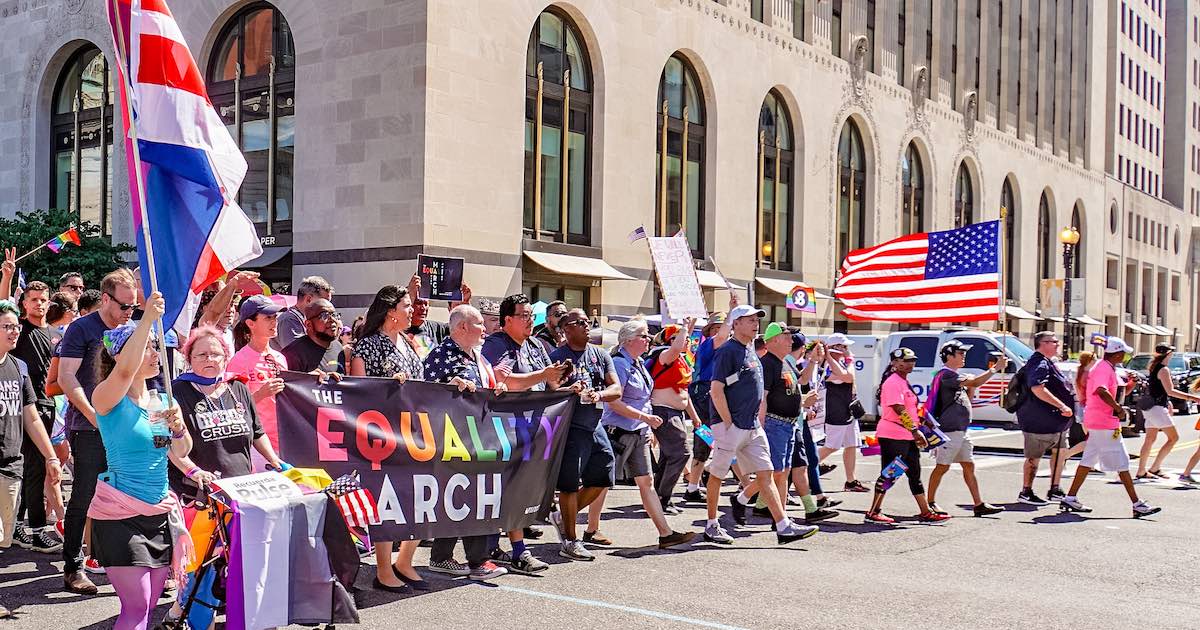 Scott Shepard, who serves as FEP director at the National Center for Public Policy Research, sent a letter to the CEOs of each of these companies last Monday detailing these accusations and explaining the dangers associated with HRC’s use of the companies’ brands in light of these controversies.

The New York Attorney General issued a report last week finding that [New York Governor Andrew] Cuomo has sexually harassed a significant number of women. An article in The Hill captured [HRC President Alphonso] David’s involvement in this scandal, noting that he had “provided Cuomo aides with a confidential personnel file of a former Cuomo staffer after the staffer publicly accused the governor of harassment.” The article further detailed that David worked with Cuomo’s staff “on other moves meant to disparage accusers.”…

In addition to the organization’s endorsement of “slut-shaming,” HRC uses the [company] brand to promote the Equality Act. That legislation would remove federal protections for Americans of faith and would give the government the power to restrict or eliminate the ability of Americans to practice their religion. The Equality Act would also do tremendous harm to women in numerous settings including scholastic and professional sports.

Shepard called on the CEOs to announce by Friday that they had ended their companies’ support of HRC; and to distance themselves from HRC claims that their companies support all of the Equality Act, which would strip away religious liberties while destroying the ability of girls and women to compete in sports leagues designed for that purpose by mandating the allowance of athletes whose physiques have developed with the assistance of male levels of testosterone.

None of the companies have responded. As the letter warned, FEP has taken this silence as tacit agreement with HRC’s actions and positions.

Almost everything HRC does and says turns out to be a lie. It claims to stand for equality, but it wishes to subordinate girls’ and women’s sporting hopes for the benefit of a small cadre of people whose athletic prowess was formed with an advantage with which those girls and women cannot compete. That’s not equality.

Neither is it equality for HRC to seek to strip from religious believers the same rights that it demands for the groups that it claims to represent. According to HRC, those groups must be free to express themselves in any way that might occur to them, but religious people should not be free to express their credal convictions or to refrain from expressions that clash with those convictions.

And HRC’s very claim to represent the whole of the gay, lesbian and related communities is itself a lie. HRC supports only hard-left positions, which are not held by huge segments of these groups. In HRC’s own terms, this is a silencing and an erasure of those people, and so HRC adds hypocrisy to its corruption.

But the clearest stamp of corruption has come with HRC President Alphonso David’s assistance in slandering the women who have accused New York Governor Andrew Cuomo of sexual abuse. Belittling sexual abuse victims is disgusting and vile. And yet instead of showing David the door, HRC has convoked only an “internal investigation” whitewash. That’s HRC’s right, of course, but as shareholders of these companies, we wish to see our assets withdrawn from an organization that behaves as HRC behaves. We’re sad to see that the people who currently run these companies have used our resources in such appalling – and risky – ways.

National Center Executive Vice President Justin Danhof, Esq., who has confronted these CEOs in person at numerous shareholder meetings, said that the alliance between HRC and these corporations is telling.

“Companies such as Apple have been hostile to conservative customers and employees for a long time,” Danhof said. “Now, however, the company’s close ties to HRC reveal that Apple is also openly hostile to Americans of faith, women and victims of sexual harassment. Apple CEO Tim Cook had the chance to do the honorable thing and end the tech giant’s fiscal support of this tainted organization. Instead, he chose to stand by HRC. The board members of every company that funds HRC, including Apple, are hereby on notice that financial support for such bigotry and misogyny is unacceptable.”