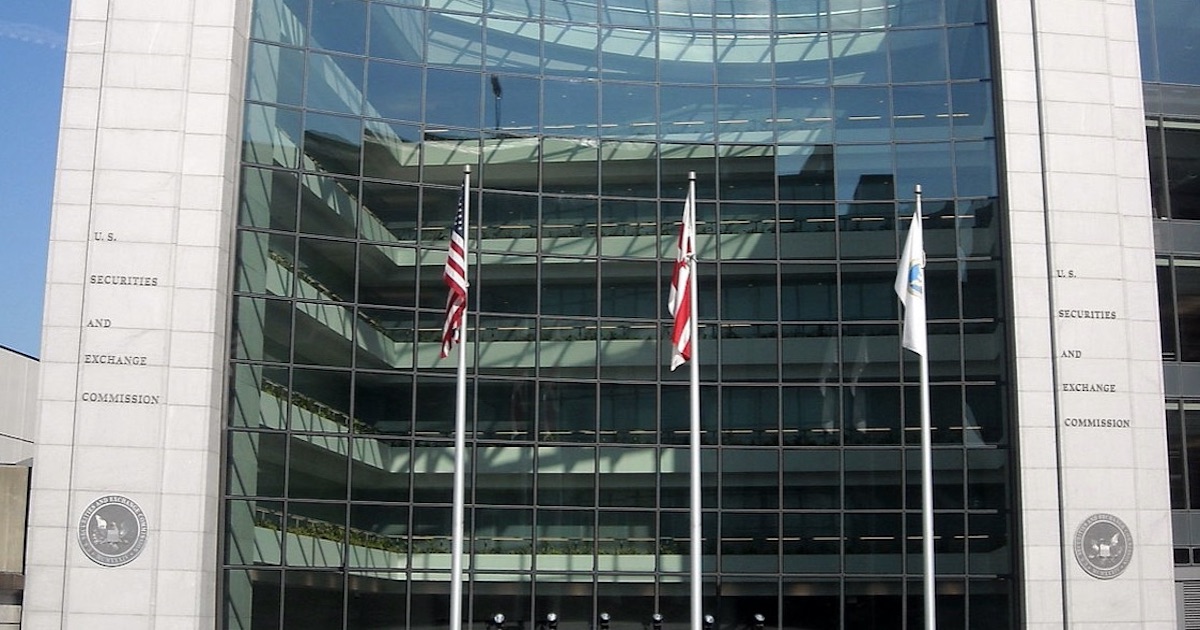 The U.S. Securities and Exchange Commission (SEC) has proposed a new rule, one that would require companies to spend vast sums to collect and report information about their carbon and related emissions and their plans to move toward making no emissions that the SEC deems worrisome. These disclosures have very little to do with the inherent “sustainability” of the companies’ activities, will matter little or not at all to the world’s climate, and exceed the SEC’s remit.

A huge expense to no purpose, then. But that’s not even the worst of it. The deepest danger that arises from this proposed rule is that it will permanently politicize corporate oversight in the United States, and so finally, fully wreck American productivity advantages.

One of the central geniuses of free-market capitalism is its power as an engine of innovation. Entrepreneurs try things; some work, some don’t. The ones that work get funded. The ones that don’t get quietly swept into the ash heap of history. The ones that work pretty well prove profitable for a while, but then are supplanted by things that work better, relegating predecessors to the top shelf of the closet, and perhaps to a display in a museum of technology.

This dynamism makes everyone richer because it – without any organized planning at all – leads capital to flow to the most efficient (which is to say least expensive) provider of whatever good or service is being sought. The creators of the best things win the most (as long as their things remain the best), but everybody wins, including those who are not capable of creating much of anything at all.

The further any system gets from this free-market ideal, the less well the innovation engine ticks over and so the less everyone prospers. At the antipode of free markets lies complete command-and-control of communism. There nothing works at all. The Soviets could sometimes manage toothpaste of a sort, but when it was available there were no toothbrushes to be had. The vibrance of West Berlin condemned the gray failure of East Germany that surrounded it. More light shines from a single block in Seoul, South Korea each night than from the whole of its zombie sibling above the DMZ.

Socialism, the hospice house on the road to serfdom, performs exactly as you would expect given this axis: The more command-and-control the brand of socialism, the less the opportunity to innovate and to enjoy the fruits of that innovation personally, the more sclerotic the resultant economy and society.

Bernie’s brigades and the AOC squad pretend that socialism thrives in the Nordic lands, but it instead drove Scandinavia into economic crisis in the 1990s, a crisis that receded as socialism did. These events had been presaged in Britain, whose electorate turned to socialism in the last days of World War II and took the consequences, declining to the status of the new sick man of Europe until a lady of clear mind and iron determination beat the worst of the planned-economy rot out of its system with her famous handbag.

Government interference in the economy fails because government planners don’t and can’t know how to invest properly or to run an economy, but it also fails because with government control production and capital formation are subordinated to political, partisan and personal interests. Businesses must plan not on the basis of what is best for their future growth and increased efficiency, but according to what their political masters demand. The greater the interference – and especially the more politicized the interferences – the less productive businesses can possibly be.

This is especially true in a system like ours, in which the absolute constant has been (and, presuming free and fair elections, will continue to be) the regular transfer of power between political parties and ideologies. If the regulation of American business – the rules that apply to every public company’s conduct of its day-to-day affairs – shifts fundamentally every time control of the White House switches parties, American business will be crippled.

This problem has to some extent bedeviled business for years. Democrats raise taxes; Republicans lower them. Democrats increase regulation; some Republicans sometimes then scale back the expansion, a bit. But the SEC’s climate-change disclosure proposal is so political, so blatantly and wholly partisan, that its enactment in anything like its current form would constitute a revolution in the oversight of American business – one that would destroy American public corporations as engines of productivity and innovation.

The SEC was designed to be apolitical exactly because everyone has long understood the dangers of the politicization of business regulation. It has five commissioners, who by convention come two from each party, with the casting vote going to the party holding the presidency at the time of the next appointment. For its near-century of life the SEC has required companies to disclose information to Main-Street investors that is of genuine, concrete, non-speculative and nonpartisan interest. While many have detected bias by the SEC staff in its enforcement or oversight efforts over the years, overtly political considerations have not intruded into the commission’s regulatory structure or informed overmuch its demands on corporations.

The proposed rule would change that entirely. It does not simply require companies to disclose whatever the companies think relevant to climate change – if anything – about their operations. Nor does it require disclosures about everything that could reasonably be relevant upon nonpartisan and unbiased evaluation. The rule does not spur companies to consider, for instance, the unlikelihood that any carbon it could plausibly emit will have any material effect on global climate, especially given the certainty that the developing world will continue to increase its carbon emissions significantly into the foreseeable future. It does not demand disclosure of the adverse effects on company prospects, or on those of its customers, of moving away from carbon faster than technology will permit or than financial considerations would warrant. It does not seek information about the contributions to world instability, and the assistance provided to our national enemies, that are already arising from North America’s and Europe’s too hasty abandonment of cleaner carbon (and nuclear) sources.

Rather, the rule simply pushes hard-left, climate-catastrophist goals under the guise of “sustainability.” It takes its structure and assumptions from patently partisan sources such as the Task Force on Climate-Related Financial Disclosure, a private policy shop run by Mike Bloomberg. Bloomberg, of course, is an avatar of Davos-class assumptions: eager to constrain the lives of billions so that he and his friends can run the world without having to suffer the indignity of running for office. He is also a private-equity billionaire, and so directly conflicted in this effort to make publicly traded companies less efficient and less competitive.

Using his and related organizations – animated by far-left, globalist partisanship – as the sole informants of a costly, pointless new disclosure regime would hopelessly politicize the SEC and corporation oversight in the United States generally. This SEC is willing to do it because Chairman Gensler and his partisans don’t much care for American capitalism, and so are fine with saddling it with incoherent and costly obligations, which anyway put it further under government control.

It is unclear whether Gensler & Co. have forgotten that American politics is a pendulum, or if they think that new conservative administrations will simply revoke their partisan regulations and replace them with nonpartisan ones, so that companies will be able to achieve stability (if certainly not efficiency) by hewing always to what the partisan left will demand when it returns to power. But this almost surely represents a misreading of the historical moment.

The left’s capture of so much of the corporate-executive class has either led to or resulted from a significant political realignment, one that has rendered conservatives much less tender about business regulation. It is possible – and deeply to be hoped – that the next period of conservative control will result in reasonable, thoughtful SEC reform that would revoke Gensler’s partisanship and the ability of any SEC to advance by fiat political goals that could never receive legislative approval. But there lurks a significant chance that the new right will demand its own politicization of commerce in tit-for-tat response to the left’s intrusions.

This would be understandable – but disastrous. Business responsible to gyrating obligations levied, repealed, countermanded and contradicted by increasingly bitter partisan motives cannot flourish; it’s hard to imagine how it could even survive.

The political forces and burning personal ambitions that have led Gensler and his SEC to propose this radical rule will no doubt lead to the rule’s finalization in something like its current form. This will lead to one of the more vital, if obscure, judicial decisions in American history. The court – and possibly The Court – will have to decide whether Congress in the 1930s passed legislation establishing an independent commission holding the power to destroy both the American economy and way of life in 500-odd pages of dismal bureaucratize.