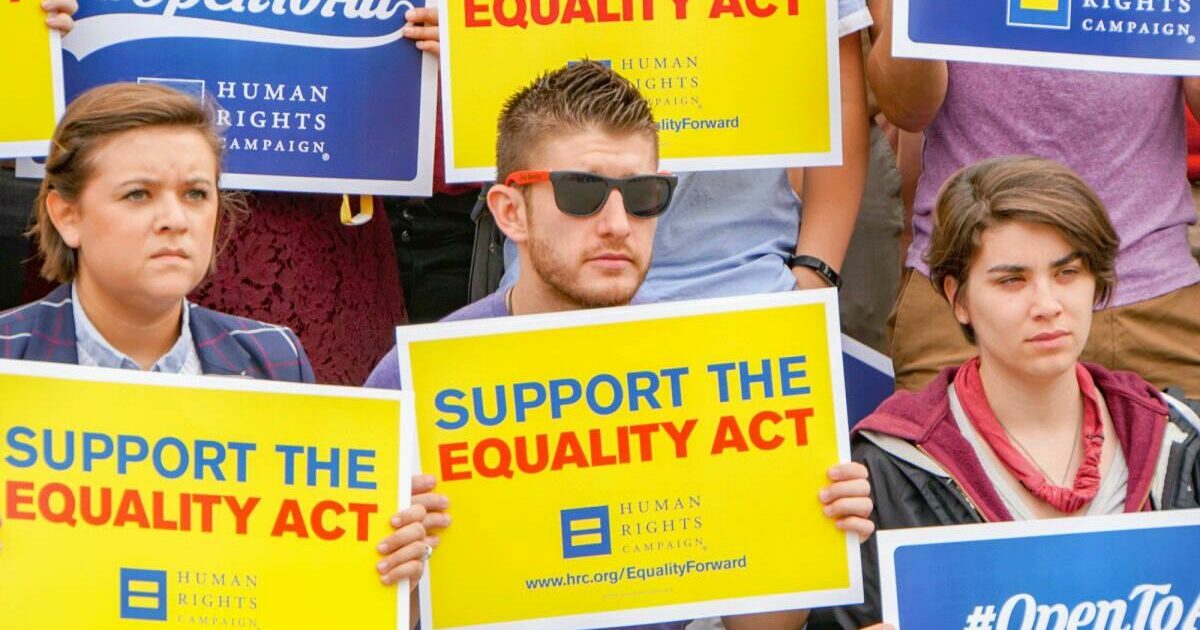 The Human Rights Campaign (HRC) describes itself as the world’s largest LGBTQ+ advocacy group, and claims that more than 400 U.S. corporations back its Equality Act coalition. While there is no denying – to our national detriment – that HRC’s massive corporate support makes it amongst the most powerful political advocacy groups in America, its claim that corporate America backs the Equality Act is a bluff.

In the recently-released 2022 edition of “Balancing the Boardroom: How Conservatives Can Combat Corporate Wokeness,” the Free Enterprise Project (FEP) outlines in detail how HRC has misled the public into believing that corporate support for its advocacy is more popular than it is, and is therefore able to leverage corporations into staying silent about the specifics of the Act that they didn’t support.

As we write in “Balancing the Boardroom“:

Knowing that it doesn’t have widespread corporate support for the Equality Act, but that corporations won’t dare withdraw support once that support has been publicly asserted, HRC continues to make false claims about corporations’ positions – and it’s been effective.

In the coming weeks, FEP will be challenging a number of CEOs whose corporations are part of HRC’s Equality Act Coalition. To read more about HRC and the Equality Act in “Balancing the Boardroom,” click here.

“Balancing the Boardroom” is a comprehensive guide for center/right investors who desire to utilize their shareholder proxies to protest the most hard-left CEOs and board members in America.