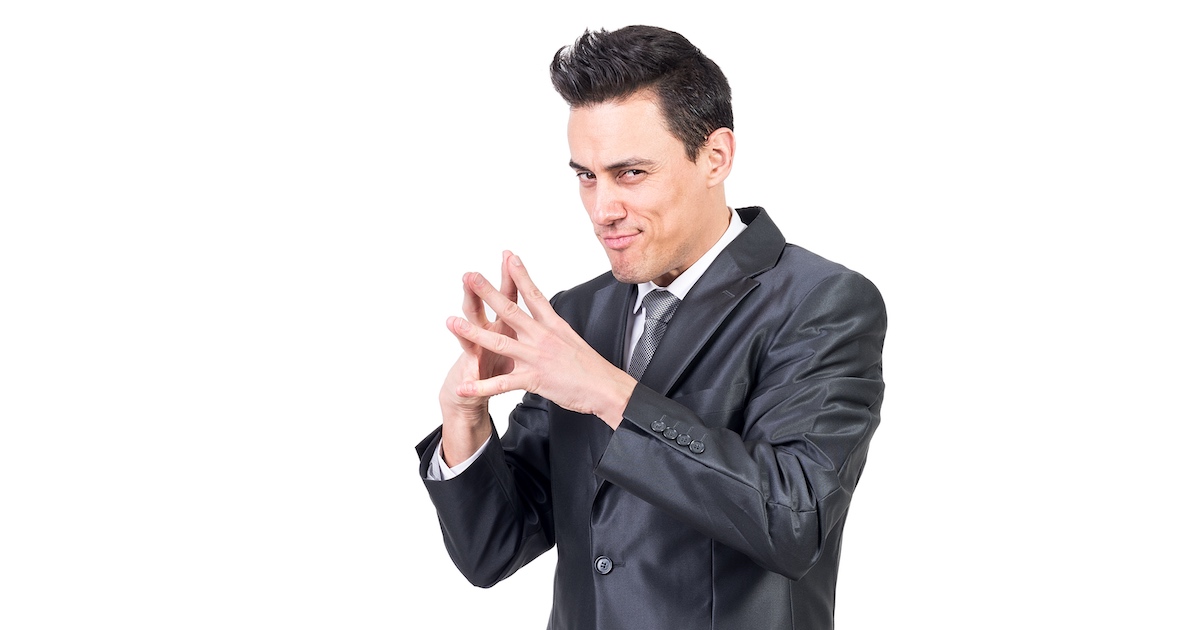 Proponents of stakeholder capitalism and ESG initiatives invariably claim that they are acting for the neutral, objective, bipartisan interests of everyone. Some weeks ago in these pages I considered why this is simply impossible, and attempted to demonstrate that whatever proponents may claim, the practical effect of stakeholder capitalism has been to allow corporate executives – at least until they are held accountable – to substitute their own personal policy preferences for their duties to shareholders simply by finding stakeholders who shared those preferences, and then claiming to act on behalf of all stakeholders based on that narrow set.

This isn’t the sort of thing that courts should have any trouble identifying as self-dealing behavior, when it is such. Corporate law provides a ready-built method for policing, at least to some degree, corporate executive self-dealing or incompetence. All that is required now is a modest extension of existing doctrine and precedent.

Upon the advent of shareholder-derivative suits claiming that executives have breached their legal duties to act in the objective best interests of shareholders, the executives will seek protection behind the “business-judgment rule,” a rule under which courts generally do not second-guess business decisions by corporate executives if, in hindsight, the decisions didn’t work out as anticipated.

The rule is a good one, as it would be impossible to run publicly traded companies – and thus publicly traded companies would die, to investors’ and consumers’ vast misfortune – if shareholders could sue every time a business strategy didn’t pan out. But the rule is bounded by two limitations, both of them also quite good. The first, arising from the fiduciary duty of care, arises in cases of demonstrable executive incompetence. The second, arising from the duty of loyalty, establishes that the rule does not apply in instances in which the courts find evidence that the executives were acting in their own personal interests rather than in the objective best interests of their shareholders (for whom they are, whatever their pretentions, hired managers).

Traditionally the self-dealing exception has arisen primarily (and perhaps exclusively) in cases in which the self-dealing was pecuniary, such as a case in which a director steered a business opportunity to himself in his personal capacity rather than to the company on whose board he sat. But this limit in scope is not written into the law or even intentionally into the precedent surrounding the rule. It simply appears that the issue of executive self-dealing on non-pecuniary axes has not arisen before.

Now, however, it has very much arisen. Corporate executives increasingly proudly proclaim that they’re acting in the interests of parties – “stakeholders” – other than their shareholder bosses, creating an agency problem (a problem that arises when subordinates act on different motivations and therefore in different ways than those that their employers would wish, and for which they’re being paid). To be sure, they usually append a line asserting that their actions are also in the long-term interests of shareholders, in some nebulous and ill-defined way. But if these self-serving assertions are sufficient, without more, to stave off any further inquiry into their actions, however obviously self-interested, then the self-dealing exception to the business-judgment rule has been eliminated, and the ability of shareholders to have even the most tenuous control over the actions of their managers has been eliminated.

A certain naïve reliance on the unvarying rectitude of corporate executives might lend a cheer to this outcome: “Listen, investors, if you don’t like how this company is being run, invest elsewhere.” But that response misunderstands both the role of publicly traded companies and the character of corporate executives.

The role of the publicly traded company in capitalism is this: the investors are the capitalists. The company is their property. Corporate executives are managers for their interests. Good managers can be relied on to act mostly in the interests of their employers, but there needs to be some way for the employers to respond if their managers become either incompetent or self-interested. Because of the attenuated nature of ownership in publicly traded companies, that oversight is hard to achieve. It exists significantly in the exceptions to the business-judgment rule. The functional elimination of those exceptions would greatly damage the ability of shareholders to minimize agency costs (i.e., the potential bad actions of their managers, the corporate executives).

The naïve response also misjudges corporate executives, giving them too much credit. This is not to say that such executives are particularly venal; far from it. But they are not particularly less venal than the normal run of other people, which is to say that their quality varies widely. And even the highest-minded of executives can be led into functional venality by placing their deeply held personal policy preferences – which they consider noble, because we all consider our deeply-held personal policy preferences noble – ahead of their objective duty to their bosses, the shareholders.

Moreover, it increasingly appears that there is a tendency for mission creep (away from fidelity to fiduciary duty) to increase as the time between the founding of a company and the ascent of any given corporate executive grows longer. Founders of companies want those companies to succeed, full stop. They are real capitalists themselves, and they don’t misunderstand their purpose. Later entrants are more likely to resemble either bureaucrats or do-gooders: the former can be prone to incompetence; the latter to self-dealing, favoring “saving the world” (according to the executives’ own personal policy preferences) over running the company with maximum efficiency and wisdom for the benefit of their bosses – the shareholders, not the world.

The modern challenge for courts in applying corporate law, and particularly the business judgment rule, is to establish methods for determining when an executive’s often perfunctory claims to be acting in the best interest of shareholders should be accepted, and when it should be dismissed, at least at an initial matter allowing further discovery and review, as pretext.

This is something courts are equipped to do. Justice of all kinds would cease if courts were simply to take the word of all parties who come before them. “Did you do it, defendant?” “Nope.” “Case dismissed.” In fact, weighing the veracity and relevance of evidence is what courts (judges and juries together) do, along with applying the relevant law.

The question then becomes: what sort of behaviors should cause courts to dig deeper into the question of whether executives are acting in their personal-policy self-interest or incompetently – in effect setting aside, at least for a while, the executive claim to be acting in shareholder best interest?

The obvious place to start would be with an examination of the company’s statements. A company that asserts that it’s acting primary or significantly on behalf of other-than-shareholder interests, and then tacks on an ill-supported line about the actions benefitting shareholders too, should be taken at its word about its primary motivations, and should be required to demonstrate the basis upon which it makes the claim about its fidelity to fiduciary duty. If it can’t come up with much of anything, then the question should immediately switch to one of whether the failure arises from sheer incompetence or from willful personal-preference self-dealing. Likewise, if the company demonstrates that it has relied on some sort of evidence – say, some research – then the question becomes: was that research itself competent, or incompetent or pretextual? If one of the latter, then the inquiry for the court is of which sort of breach has occurred.

Likewise, if a set of corporate executives were to claim that their every action is in the best interest of the shareholder owners, but those decisions when noteworthy always hew to a distinct and discernable partisan ideology, then that noncoincidence should indicate to courts that there is more to investigate. Again, the court would look at the underlying evidence upon which the company relies to establish the objective value of the moves to shareholders. It would be odd to discover that shareholder value maps exactly on a political ideology, especially an extreme one, and would require for justification objective, careful and complete research or other empirical evidence. Failure to provide that evidence would indicate self-dealing – especially if the partisan positions taken by the company “for the best interests of shareholders” somehow just happen to match the independently expressed policy preferences of company executives.

This application of the business-judgment rule, which merely extends current precedent without contravening it, would no doubt strike terror into some sitting CEOs. At Disney, Bob Chapek’s failure is manifest; the only question is whether he was motivated by incompetence or policy-preference self-dealing. Even the threat of application of the modern interpretation of the business-judgment rule would surely be enough to force the Disney board to do what it must do anyway: toss him and everyone who advised him on his kid-grooming madness. And Larry Fink and the other big beasts of woke “capitalism” would (will, perhaps) also face potentially massive personal liability unless they could prove that, for instance, Fink’s assertedly “not woke, not partisan” embrace of the explicit discrimination of “equity” in violation of fulsome American law is somehow an objective net plus for shareholders.

But more thoughtful and less absurd claims and actions by corporate executives would not be subject to such review, even if they’re fairly obviously politically motivated. In response to the world-historical leak of a circulating, draft Supreme Court opinion Monday night, Amazon joined some other companies in offering employees up to $4,000 to travel if necessary to undergo various procedures, including abortions. Now literally everyone on earth recognizes that this is a move that was motivated by the hard-left capture of Amazon’s upper management. But Amazon was smart enough to make that change as part of a larger package of benefit enhancements for non-life-threatening procedures, at least some of which are apolitical. So even if that move were challenged (and, by itself, it won’t be by any plaintiff who cared about winning), it would easily be defended by a simple showing that keeping employees is expensive, and that offering more benefits helps to keep them. The obvious motivation wouldn’t by itself matter at all. (The case is the same with Florida’s action in revoking a category of special business privileges. Everyone knew what was up, and why, but the move was facially neutral, and so judicial review generally ends.)

Like any legal doctrine in our precedent-based, common-law system, the edges of this extension of long-standing doctrine will be fuzzy, especially at first. But the shareholder owners of publicly traded companies need some way to keep corporate executives to their legal duties, and out of the weeds of self-appointed czardom. Modernizing the exceptions to the business-judgment rule is a very good place to start.

Scott Shepard is a fellow at the National Center for Public Policy Research and Director of its Free Enterprise Project. This was first published in RealClearMarkets.