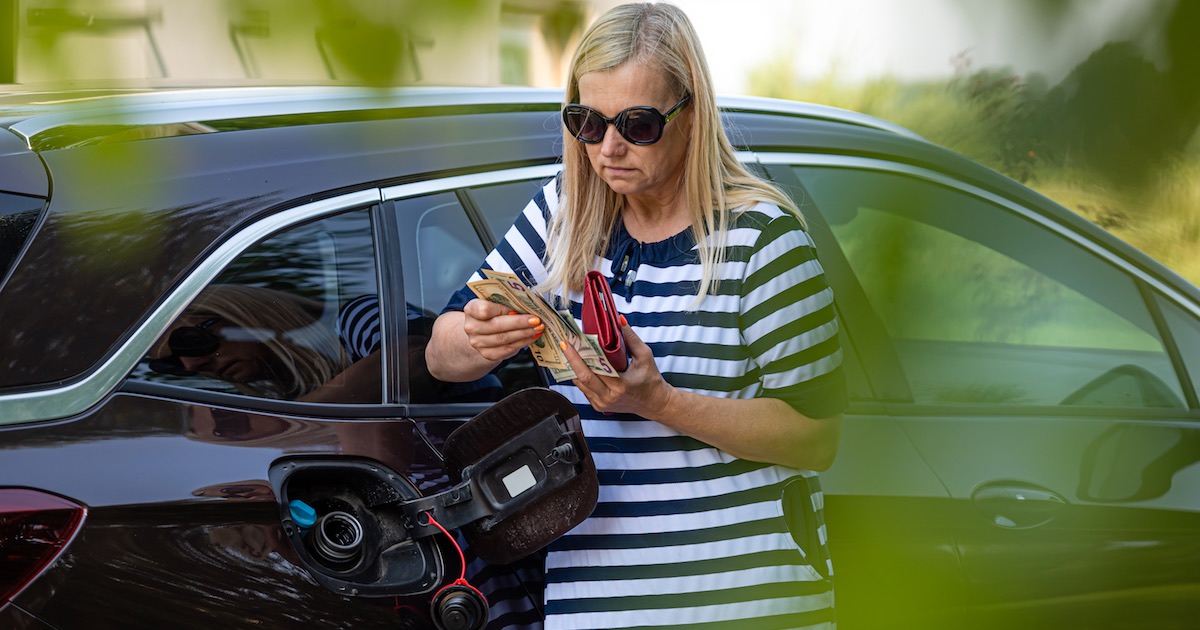 14 Sep 2022 Do Not Mistake Rising Prices For Inflation

Are we in the middle of an inflationary cycle? Does stagflation haunt our future? What should be done if we are and it does, or we aren’t and it doesn’t?

None of those questions can be answered, or even thought about, until we come to grips with what inflation is – and isn’t.

Milton Friedman famously said “inflation is always and everywhere a monetary phenomenon.” Pretty much everyone knows that, but it appears that many people don’t understand the import of his comment.

The best way to begin understanding inflation is to treat Friedman’s statement as definitional, as in “a triangle is a shape with three straight, connected sides.” Similarly, Friedman should be understood to be asserting a (vital and true) definition: inflation is a decrease in the standard value of a currency.

The easiest way to imagine monetary debasement is to think back to a time when most or all of a money supply was denominated by a paper currency, and the people with the means to print more of it did so. Of course, a decrease in the value of a currency does not require money printing per se – it’s just an easy way to think about it.

So start with the idea of the Continental Congress printing more and more of its currency without setting up any commodity exchange rate or any sinking-fund process (as by pulling it back in taxes). Suddenly, say, there are just twice as many continental dollars. As a result, people are going to demand more continental dollars for the same amount of stuff – presumably about twice as many, if we posit that people are generally aware that the money supply has doubled and no one hedges against the fact that a Congress that has doubled the money supply might very well soon triple it. That’s inflation (or the result of inflation, but let’s leave that aside).

Nothing else – nothing other than a decrease in the value of the currency – is inflation. Everyone likely understands that an increase in the price of a single, specific good or service isn’t inflation in any way, even though incautious speakers might possibly say that “the price of yachts is really inflating.” All they really mean is that “the price of yachts is really going up.” There are all sorts of reasons the price of one or more goods or services might rise. Maybe there had been a bulge of young accountants 30 years ago who all retire at more-or-less the same time. Then accountancy prices will rise. That’s certainly not inflation.

Far, far harder to see is that it’s also entirely possible for there to be a general price rise that is also not inflation. Consider what happens when energy prices skyrocket, as when supply is suddenly limited by some geopolitical event. Examples of this can include an energy-producing country being knocked out of the market by political turmoil, as happened in Iran in 1979, or a country’s or region’s production being curtailed by ill-considered regulation, as happened in Europe over the preceding 15 years and here for the last two. Or – rather relevantly – by the collapse of supply chains caused by an almost global lockdown overreaction to the release of a probably bioengineered virus.

When energy prices skyrocket, the effect ripples through the rest of the economy, because everything depends on energy. Production costs rise; transportation costs rise; the costs of running a car and a house rise. But this, too, by itself, is not inflation, because nothing has happened to reduce the value of the currency (in our simplified, continental currency example, the amount of currency in circulation hasn’t changed). If the currency remains stable, then the only possible response to this general price rise is for pretty much everyone to buy fewer things, because there’s the same amount of money, but everything costs more.

In other words, prices can rise generally without there being any inflation. There can be inflationary general price rises and non-inflationary price rises. These two things got entirely confused in the 1970s, if not long before. In the 1970s both kinds of price increases were going on simultaneously (especially in 1978-80, but to a much smaller extent in 1973-74) and the Nixon Administration – which itself caused the inflationary price increases when Nixon “closed the gold window,” thus removing the dollar from its gold peg and signaling his intention to allow its value to fall dramatically – was eager to blame its inflation on foreign causes.

This confusion has tremendous real-world consequences because the appropriate response to each type of price increase is very different. If a government has foolishly manages to kick off an inflation, the right answer is of course to stop that inflation. Most people these days believe that the right way to stop inflation is for the Federal Reserve (or another country’s central bank) to raise interest rates. John Tamny, the editor of these pages, has persuasively argued that this misunderstands the power of central banks, but let’s accept conventional wisdom for the purposes of this piece. Under that assumption, the right thing to do to contain inflationary price increases is to increase interest rates.

Raising interest rates is an absurd thing to do in the face of a non-inflationary general price rise, though. The interest rate, after all, is just the cost of renting someone else’s money for a while. In other words, it’s a price. Moreover, it’s a price that, like energy, ripples out through the whole of the economy, because the whole economy relies on borrowing of various lengths for various purposes. If an energy shock, for instance, causes energy prices to rise, which in turn causes a general price increase, the last thing anyone should want to do to fix things is to artificially raise yet another price that itself raises prices economy wide. The only result would be to exacerbate the problems that the interest-rate increase was intended to solve: making everything more expensive, causing the purchase of fewer things at higher prices, thereby eliminating additional marginal jobs and businesses.

That’s throwing a bucket of water into a puddle to somehow try to dry it up.

The standard explanation for why this would be a good idea, offered by those who conflate inflationary price increases with non-inflationary ones, is that if demand is sufficiently reduced by this increase of another price – the price of credit – then the price of energy, and thus of everything else, can be made to fall so that everything can get back to where it was before the energy shock (or the post-lockdown supply-chain shock).

This, though, is a terrible policy. If one shock has hurt the economy and reduced output and jobs and businesses, enacting a second one is foolhardy – and is effectively designed (whether purposively or not) to harm the most marginal workers and businesses the most. And while it is sold as a measure to preserve the value of the currency, it works instead simply to fetishize some previous nominal general price level because it conflates inflationary general price increases with non-inflationary ones. Because no inflation has happened, just price increases.

The right policy to follow in the wake of a supply shock is either to do nothing or – since doing nothing offends the “when people are hurting, government must act” crowd – reduce taxes and regulations. This will allow more of the non-inflating currency to stay with people, letting them afford more things at the higher prices, thus minimizing the decreased-output effects. It will also make it easier for them to innovate either to provide additional energy supplies or to become more efficient in their energy use (or otherwise to respond to the supply shock, if it’s not of the energy sort).

All of that having been established, the next question is “which sort of general price increases are we going through now?” This piece having gone on long enough, I’ll save that for a later column.