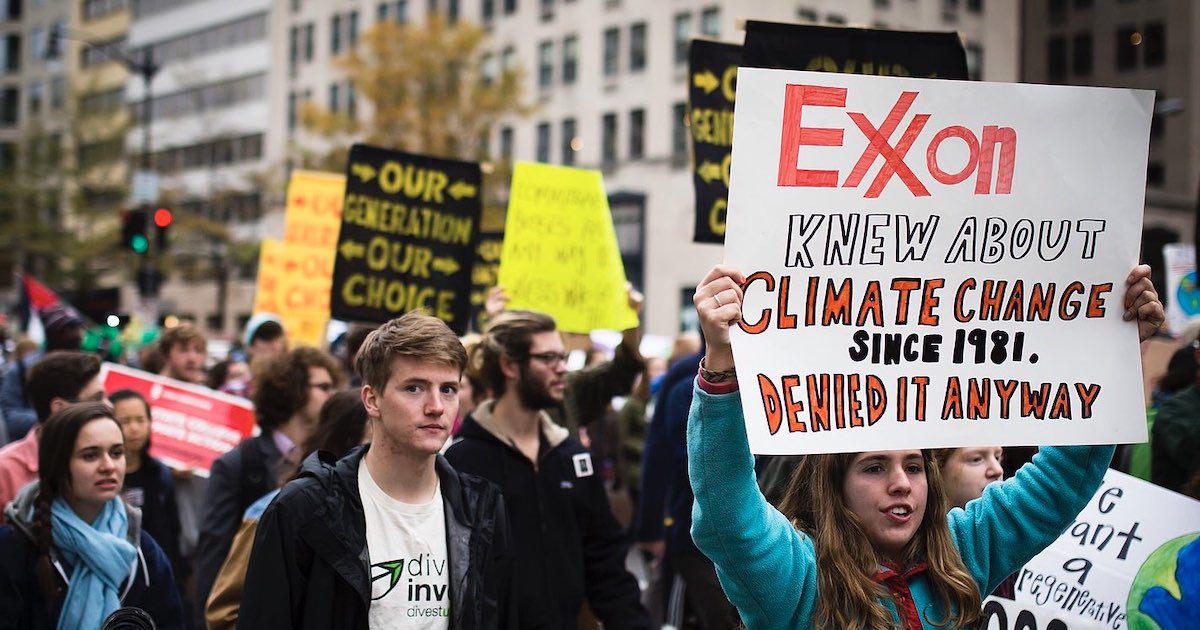 Europe’s headed for a long, cold winter – the fault for which lies squarely at the feet of climate-catastrophist politicians and business executives. Neither of those groups appear to have learned the necessary lessons. National electorates are providing some salutary correction to the former; the latter might require legislation to rein in their destructive impulses. Here at home, though, center/right shareholders are not waiting on sensible legislation or elections, but are intervening directly to keep U.S. corporations from delivering us to Europe’s absurd, unjustifiable fate.

Skyrocketing energy prices arising from Europe’s too-early, too-political shift away from reliable energy played a big role in the narrow victory for the center/right coalition in Sweden, a country in which the Social Democrats have long been the natural party of government (despite its uniquely sensible response to Covid). Comments and policies like those of Germany’s Green Party – whose Cem Özdemir, Germany’s Food and Agriculture Minister, recently announced that “hunger is no argument to make compromises regarding biodiversity or protection of the climate” – suggest that Sweden’s energy-propelled shift to the right won’t be an outlier.

Europe’s corporate executives, not responsible to voters and enthralled by the constraint-for-others/private-jets-for-us agenda of the World Economic Forum, have been slower to learn. Just recently Shell Oil “hand[ed] the reins [of CEO] to a renewables chief,” which in Europe in 2022 rather resembles giving Brian Stelter the presidency of CNN.

We expect American corporations to be – and have laws requiring them to be – wiser than European ones. A conservative shareholder-activist group has taken advantage of those laws to try to keep one of our biggest energy companies from following Shell’s path.

In this they are simply trying to counter efforts by BlackRock and the other usurpers of the power of great wealth to push American energy companies down Europe’s destructive path. You may recall that last year a left-wing activist organization called Engine No. 1 nominated a slate of directors to the board of Exxon, the world’s largest publicly traded reliable energy producer. The purpose of these nominations was to force Exxon, the premier public oil and gas company, to move away from offering the world clean reliable energy into spending many billions of shareholders’ money to invest in technologically infeasible, unreliable and still incredibly dirty “renewable” energy.

Though Engine No. 1 is a pretty small operation, three of its nominees were successfully elected to Exxon’s board despite the company’s objections because Larry Fink of BlackRock, Ron O’Hanley of State Street and the other controllers of the modern money trust were willing once again to ignore their fiduciary duties to their shareholders – and scientific, geopolitical, technological and financial realities – in favor of their own personal policy preferences. In this instance those policies are: we get to keep reliable energy flowing to our mansions and our private jets while everyone else can boil in the summer, freeze in the winter, live subject to rolling blackouts all year long and constrain their everyday lives – all because we wildly and willfully overstate the import and consequences of anthropogenic climate change.

Now shareholder activists of the reality-based sort at the National Legal and Policy Center (NLPC) have mounted a campaign to ensure that at least one Exxon board member fully understands the relevant science, technology, finances and geopolitics that must properly be weighed in any decision about the sorts of energy to invest in, and how. It has nominated Dr. Donald van der Vaart to fill a seat on Exxon’s board.

Dr. van der Vaart is exquisitely qualified for that role, both in general and as a voice of energy realism. He is a PhD chemist trained at Cambridge University and an American-trained lawyer. He has had extensive experience running large, complex organizations including the North Carolina Department of Environmental Quality. He has served on the U.S. Environmental Protection Agency’s Scientific (EPA) Advisory Board, and testified before Congressional hearings on environment and energy issues. He serves now as the state’s Chief Administrative Law Judge and Director of the NC Office of Administrative Hearings, which makes him responsible to render decisions in contested case hearings.

In various of these roles and in other capacities, Dr. van der Vaart has demonstrated a thoroughgoing understanding of what’s actually happening in the earth’s atmosphere (a little warming), its likely effects on human or other earth life (not much) and the risks involved in shifting too soon to dirty, unreliable and insufficient “renewable” energy for human civilization (massive and terrible).

Dr. van der Vaart has consistently explained that environmental-quality improvements flow to strongly growing economies. The U.S., he knows, owes its highly successful — albeit inefficient – environmental management system to its extremely powerful economy. Regulation and legislation that threaten to harm the economy will necessarily harm the environment. Dr. Van der Vaart’s background has provided him insight into how harmful for the environment so many modern “green” policies really are. He has pointed out as an EPA advisor that electric vehicles are not more efficient than gasoline vehicles, are extremely resource intensive to manufacture and are leading to appalling social justice abuses.

Dr. van der Vaart identified that adversarial foreign companies were using – and funding – Western environmental groups to meddle into US energy policy in ways detrimental to U.S. security and the American economy. He recognized – as have so many of us on these pages – that contrived investment strategies like ESG necessarily diverge from fiduciary obligations. And as Secretary for the Environment in North Carolina, which has invested heavily in intermittent and unreliable energy sources (e.g. solar, wind and the other still-dirty “renewables”), Dr. van der Vaart explained that trying to maintain a reliable energy grid with intermittent “renewable” sources harms the society, economy and the environment.

Paul Chesser, director of NLPC’s shareholder-activism program, explained why it’s so vital – for Exxon and for the American economy more generally – that Dr. van der Vaart join the company’s board. “Exxon has been forced to accept three Green New Dealers on its board as the result of radical Engine No. 1’s first step in a hostile takeover of an iconic fossil fuel company,” Chesser said. “We have seen the consequences of their policies in this summer’s extremely high energy prices. And the predictions for gasoline and electricity costs this coming winter are dire. Our recommendation of Don van der Vaart is just a small step to recalibrate corporate leadership in a sensible direction based on real science, energy viability, and economic feasibility.

“He is eminently qualified and fits Exxon’s stated requirements for directors to a ‘T,’” Chesser concluded. “The only reason we can imagine that the existing board would have to oppose him is bias against the very core products it has produced for many decades.”

Well, that, or a veto from the insurrectionist CEOs at BlackRock and State Street, who use ESG-labeled and non-ESG-labeled assets alike to force even the biggest U.S. corporations to adopt their personal policy preferences in violation of their fiduciary duties and at the eventual cost – it must be hoped – of their personal fortunes (once courts begin to reach the obvious conclusion that their ideological self-dealing at the expense of their objective duties to their investors render them personally liable for its consequences).

Were I they, I’d take this as a heaven-sent opportunity to start mending my ways by supporting Dr. van der Vaart’s nomination.