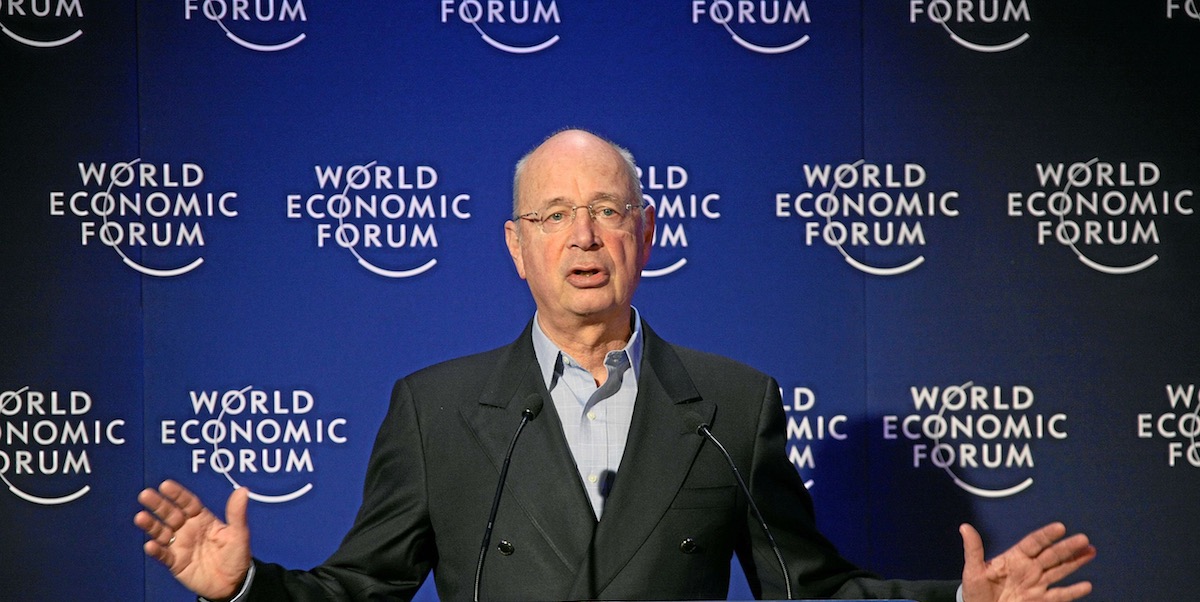 12 Dec 2022 Formerly In the Soviet Union, the Locus of Evil Resides In Davos

Good heavens, it’s been an ugly, stupid few weeks for American corporate executives and the companies they lead, hasn’t it? Even uglier and stupider than the usual new depths they’ve reached since the “mostly peaceful” summer of 2020 – which is sort of impressive in a “the devil’s really strong, huh” sort of way.

Let’s start with Bank of America CEO Brian Moynihan, who can regularly be relied on to emit something in equal parts self-aggrandizing, farcical and authoritarian. In his most recent notable eructation, he defended “stakeholder capitalism” – or the replacement of corporate-executive fiduciary duty with freedom for CEOs to use investors’ capital to install their own personal policy preferences – on the ground that “[t]he world has told us what they want from us.”

I think we can tell from that quote (referring to the world in the plural rather than the singular) that Moynihan hasn’t yet quite crawled so far up his own posterior as to believe that he’s uniquely communing with the Earth Goddess. But of course, he can’t really imagine, even when looking directly into the mirror and sighing with delight, that the world speaks with one united voice and that he can intuit its urgent pleas – which somehow demand equity-excused race, sex and orientation discrimination and decarbonization of the sort that will bring Europe’s energy travails this winter to the whole of the West permanently.

Rather, when he says that he’s following “the world’s” instructions, he really means that he’s steering Bank of America – a too-big-to-fail bank backstopped by all Americans, not just lefty authoritarians like him – by the lights of the World Economic Forum (WEF), that malignant convention of would-be world nobility who fly private jets to Switzerland every year to extend their plans to make sure that the rest of us own nothing, replace meat with bugs, and live constrained and monitored lives of compliance to their whims while they bestride the world as collosi.

Lest you think that portrait of the WEF is painted in too vivid a pallet, let’s check on development up at Castle Grayskull … er, in Davos. It would, of course, violate the rules of fair debate to ascribe authoritarianism to WEF Chairman Klaus Schwab on the grounds that his father was a decorated Nazi. We need not lean on that supposition, though, because Schwab recently outed himself as an admiring autocrat all on his own. He declared China, on Chinese state-run television (note: all Chinese television is Chinese state-run television), “a role model for many nations.”

Remember that within recent memory (and through today) China has broken international treaties to take over Hong Kong; threatened Taiwan with annihilation and Japan with attack; supported Russia’s rape of the Ukraine; locked and even welded its people in their homes ostensibly to deal with a disease that his own government created and that even sensible western leftists have recognized never merited drawn-out lockdowns; and attempted genocide and instituted a concentration-camp system to destroy minority communities in China’s west. To call China a role model is to endorse a brutal and horrifying authoritarianism.

Subsequent comments were even more chilling. Schwab went on to say that “I think we should be very careful in imposing systems. But the Chinese model is certainly a very attractive model for quite a number of countries.”

Wait, what? “We should be very careful about imposing systems?” Why no, Klaus. An unelected bunch of rich and preening twits shouldn’t be “very careful” about imposing anything. It shouldn’t – and at law can’t – impose so much as a speed limit on the road up to the Dr. Evil lair. That Schwab thinks that he and his pals like Moynihan are eligible to “impose” authoritarian governmental “systems” like China’s anywhere, even after being “very careful,” reveals plainly the real meaning of the “great reset” – the one that Klaus and the Forum have been muttering about for the last few years – as well as what Moynihan thinks he hears “the world” demanding of them.

Needless to say, imposing authoritarianism in order to advance his own position in the new world nobility falls rather far outside of Moynihan’s fiduciary duties. He has to go, and the laws governing too-big-to-fail banks must be amended so that executives like him – who enjoy privatized profits but have socialized their losses onto the American taxpayer – have no grounds at all to take sides on political or social issues in any way, regardless of their nonsense justifications that somehow American corporate prosperity requires exquisite fidelity to the hard-left policy line.

While we’re speaking of China, though, let’s check in on Apple and Tim Cook. The fed-up Chinese people have finally rebelled against permanent dictator Xi’s forever lockdowns. And it appears that they’ve been successful, at least in the short term, as China announced relaxation of lockdown rules. That, though, was no thanks to Apple or to Cook, who during the protests stepped in to shut down AirDrop, an Apple feature that allowed protestors to communicate with each other without the Chinese government spying on their communications – and then dragging them off to the immense Chinese gulag.

Meanwhile, here at home, Cook withdrew advertising from Twitter for a while because new owner Musk has demonstrated an unwillingness to continue censorship that supports the ever-increasingly authoritarian Biden Administration’s efforts to crush communication of dissent in the U.S. It appears that Apple’s advertising has returned to Twitter after a discussion between Musk and Cook – one in which I hope Musk explained that Cook’s embrace of authoritarianism at home and abroad is also not terribly consonant with his fiduciary duties, a fact that Musk is certainly rich enough to exploit to Cook’s detriment.

Finally, there’s Larry Fink and BlackRock. There’s always Larry Fink and BlackRock. In a recent interview with Andrew Sorkin, Fink made clear his disdain for people who are not Larry Fink (or his WEF pals), and reconfirmed his commitment to the WEF’s “great reset,” the evils of which become plainer by the day. Even more chilling, though, is the revelation that the too-big-to-fail banks, BlackRock and other giant investment houses and corporations have teamed up to offer lower interest rates to businesses that actively discriminate on the basis of race, sex and orientation.

Yup. If you violate the Constitution, you get an interest rate bonus from banks that get to keep their profits but pass on their losses to us taxpayers – even the ones being discriminated against by these very banks.

That is a conspiracy to deny Americans their civil rights, since we all have the same civil rights, which mean that none of us can be discriminated against on the basis of race, sex and orientation – even if Moynihan and Fink have decided that since their straight, white families have already made it to the top of the ladder, it’s fine to pull that ladder up and allow us hoi polloi whites or men or straight people to be discriminated against. Just like Moynihan and Fink haven’t given up their mansions or their private jets, they sure haven’t restricted their grandsons to blue-color, lower-middle class futures in order to advance “equity.” Nah. They’ll assuage their consciences for living the high life by crushing the aspirations of other people’s families.

It bears repeating: in 1983 Mr. Reagan declared that the [l]ocus of evil in the modern world was the Soviet Union. He was right, and it needed saying. There are still plenty of hot-spots of evil beyond the West these days, but in 2022, the locus of evil in the western world is Davos, with forward outposts in the C-suites of woke western – and especially American – companies.

They’re not even much trying to hide it anymore.