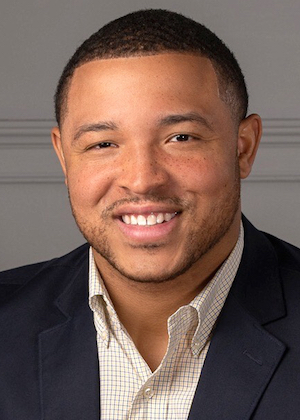 Project 21 member Chris Frye is the mayor of New Castle, Pennsylvania. He was also a candidate for Pennsylvania lieutenant governor.

Chris became New Castle’s youngest and first black mayor in a time of economic crisis. Prior to his 2019 election, the state put the city into financial receivership. Using conservative economic principles, Chris has helped reduce the city’s debt by $10 million without raising taxes on his constituents and eliminating business taxes altogether. Crime has dropped every year of his administration. It has subsequently become known as a popular “Zoom town” for young people who left big cities during the COVID pandemic.

Prior to becoming mayor, Chris was involved in community organizing and social work with the Lawrence County Community Association and Cray Youth and Family Services. He also worked for the U.S. Pretrial and Probation Service, where he helped place ex-offenders with local businesses in the Pittsburgh area. He was also an adjunct professor at Slippery Rock University.

Chris earned a Master’s of Social Work degree from the University of Pittsburgh and a Bachelor’s of Social Work at Gannon University. He moved to New Castle at the age of 11, and was raised by a single mother who was employed as a social worker. He says that faith, integrity, responsibility and his family’s value- and team-oriented mindset helped him persevere and prosper.

He is married, and is the father of four children.