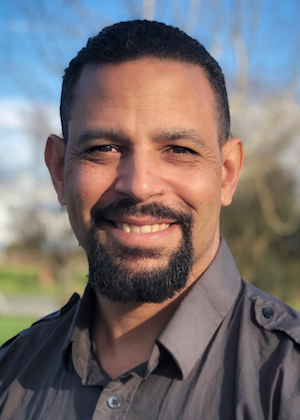 Project 21 member Craig DeLuz is the founder of the Uncommon Sense Media Group. He has almost 30 years in media, political advocacy, policy analysis and grassroots activism. He is President & CEO for 2A News Corporation, as well as Spokesman for the California Republican Assembly, the golden state’s largest and fastest growing Republican volunteer organization.

DeLuz has also served as the Spokesman & Senior Legislative Advocate for Firearms Policy Coalition and as CEO for the Frederick Douglass Foundation of California. He was the interim executive director of the Women’s Civic Improvement Club of Sacramento, editor of Red County-Sacramento and publisher of Voice of North Sacramento. He served on the legislative staff of California Assemblymen Kevin Jeffries and Tim Leslie.

Craig has served on the Roba School District Board of Trustees – including as president – for almost 20 years. He is a graduate of California State University at Chico, where he was the first black president of the school’s Associated Student Government.

Currently, Craig also hosts a number of programs focused on political and Second Amendment Issues. They include FPC’s “Morning Coffee with Craig” “CRA-TV” for the California Republican Assembly and the “The DeLuz Brothers” in which he and his twin brother David debate politics from the left and right. Most recently he launched a daily news commentary program called “The Rundown” which airs Monday- Friday on YouTube, Facebook and Spotify.